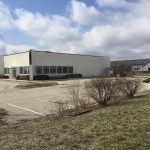 Casey's General Store has filed plans to build a new convenience store at the former Steak 'n Shake restaurant site, which is at the intersection of 31st Street and Nieder Road in south Lawrence.

I would guess there is a benefit to living in a town with two Casey’s General Stores. You can buy breakfast pizza at one and brunch pizza at the other. Lawrence residents soon may get to find out. Casey’s has filed a plan for a second store in Lawrence.

The Iowa-based convenience store chain has filed plans to build on the site of the former Steak ‘n Shake restaurant at 3111 S. Nieder Road. If you have forgotten that long-closed restaurant, the space is along 31st Street, basically at the entrance to the SuperTarget shopping center.

This continues a renewed interest in Lawrence by Casey’s. The company is currently building its first Lawrence store at 1703 W. Sixth St., which is the site of the former College Motel. After more than a year of being in the design phase at City Hall, the project really is moving forward. The motel has been razed, and dirt work is underway. I haven’t received a specific timeline for the Casey’s to open, but I would think late summer or early fall is a real possibility. 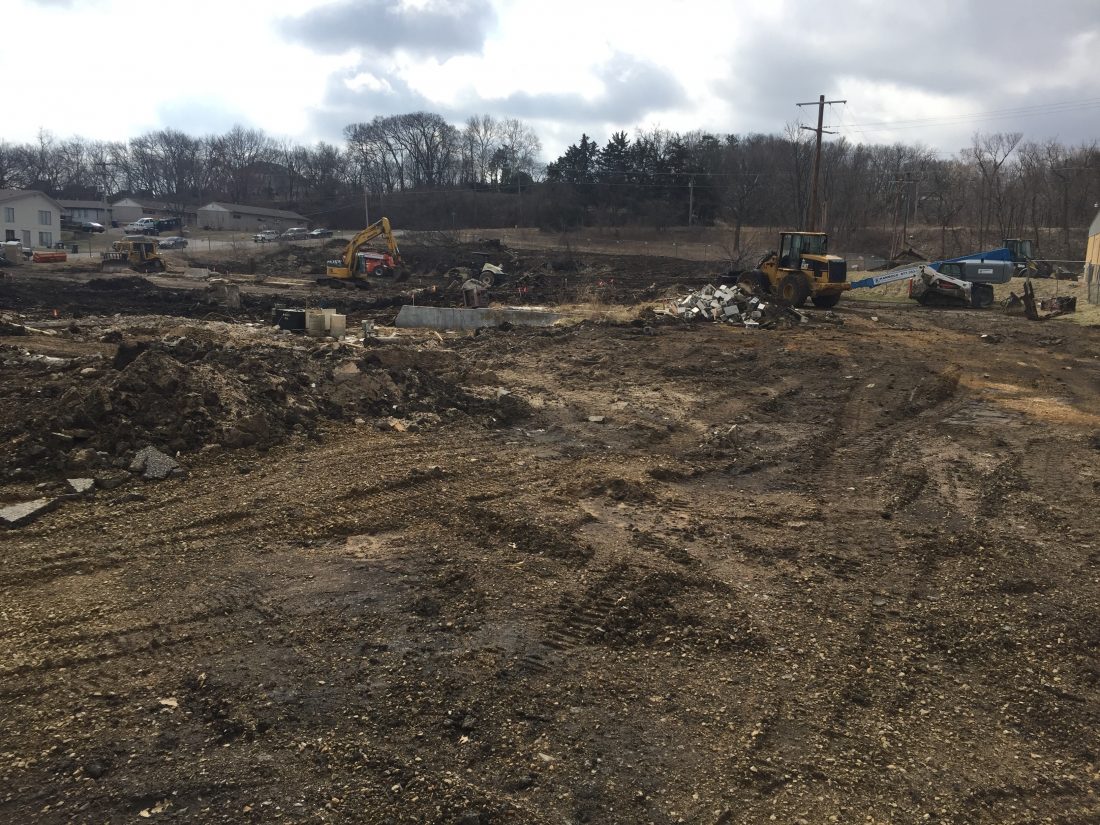 Earth-moving work is underway for the first Lawrence location for Casey’s General Store. Crews have torn down the old College Motel at 1703 W. Sixth Street to make way for the convenience store.

As for the new store, it will put another gas station in south Lawrence, and it technically will be the first one south of 31st Street, but not by much. I certainly hear from a lot of readers about the dearth of fueling options in southern Lawrence. Despite the area south of 31st Street being developed for a long time — Walmart, the movie theater, tons of apartments — there is not a single gas station that is part of any of that development. If the project for a major shopping center south of the SLT and Iowa Street interchange ever gets approved, surely there will be one there. But developers have been trying for approval on one form of shopping center or another at that site since 2014, and it still needs key city approvals. I don’t know about you, but I’m thinking I’ll need to fill up before then.

While it may not be as far south as some people would like, the new Casey’s will be large. Plans filed with City Hall show that it will have 16 fueling stations, plus an approximately 5,700-square-foot convenience store. In case you are wondering, it looks like the south Lawrence store may be a bit larger than the Sixth Street store. Both plans show 16 fueling stations, but the plans I saw for Sixth Street listed that store at about 4,800 square feet.

If you are not familiar with Casey’s, it’s a major chain that operates in lots of small towns. More recently, the chain has started to expand into some larger markets. While its DNA is as a convenience store, it has become a major player in the pizza market. I read a 2016 article that reported Casey’s was the fifth-largest seller of pizza in the U.S. and that pizza sales account for about 70 percent of annual sales. As I’ve mentioned, the company sells traditional pizza but also has a breakfast-style pizza that uses a cheese sauce in place of the tomato sauce and is topped with eggs, bacon, sausage or other common breakfast meats.

All the Casey’s locations, of course, sell gasoline, and many offer an ethanol-free version that some people like for their older or smaller engines.

While the chain is just now getting into Lawrence, it has long been in the surrounding area. It has stores in Eudora, De Soto, Tonganoxie, McLouth, Perry, Ottawa and several other locations.

The Casey’s project on Sixth Street took a long time to work its way through the City Hall planning process, but there are some signs that this south Lawrence project could move quicker. The intersection of 31st and Nieder already has a traffic signal, which was a bit of a holdup on the Sixth Street location. (Ultimately, Casey’s agreed to add one on Sixth Street.) Casey’s also already has agreed that it doesn’t need any direct access off 31st Street. All traffic will enter on Nieder Road, and will use an existing frontage road that serves a row of businesses in the area.