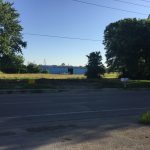 Developers hope to put about a dozen homes on an approximately 1.5 acre piece of ground just west of 19th Street and Haskell Avenue.

Soon enough, I’ll be wishing for a smaller yard as the dandelions become the size of platters and I have to sharpen the machete every time I want to walk to the garden. Look for a new neighborhood in eastern Lawrence to have small yards, but the idea has a lot more to do with affordable housing than lawn care.

Plans have been filed for a first-of-its-kind housing development in Lawrence. It is being touted as the Burroughs Creek Trail Addition, and it would be at the northwest corner of 19th Street and Bullene Avenue. The property is just east of the popular Burroughs Creek Trail that cuts through the Brook Creek neighborhood and other parts of eastern Lawrence.

What makes the development unique is it hopes to be the first to take advantage of a new city zoning designation that allows for housing lots to be as small as 3,000 square feet. The traditional minimum size for a housing lot is 5,000 square feet in Lawrence, and many are closer to 10,000 square feet.

The smaller lot size allows more homes to be put on a single piece of ground, which theoretically spreads out the cost of the development and makes it cheaper for potential homeowners. The Burroughs Creek project plans to get 12 to 13 homes on a 1.6-acre site. Only part of the project, though, will be specifically geared to affordable housing, with six to seven of the lots expected to be developed by the nonprofit Tenants to Homeowners. The rest will be marketed to the general public.

• March 11 — A really close neighbor: Affordable housing board interested in allowing two homes to be built on single city lot

“There are a lot of people out there who don’t want a big yard anymore, and there also are a shortage of lots in east Lawrence,” said Lawrence businessman Tim Keller, who is part of the development group behind the project.

He sees the project appealing to young couples or maybe retirees who are downsizing. They may not like the idea of condo living in downtown, but they would like the idea of a small, easy to maintain property that is within walking distance of downtown.

Landon Harness, a partner on the project, said plans call for six houses to be built on the south half of the property. They’ll likely range in size from about 1,500 to 1,700 square feet and sell for somewhere in the $200,000 price range.

On the north side of the cul-de-sac, though, Tenants to Homeowners plans to build six to seven new homes that tentatively are expected to be in the $100,000 to $125,000 price range. Tenants to Homeowners Executive Director Rebecca Buford said many of those homes would be 600 to 1,000 square feet.

Those homes would be quite a bit smaller than many newly built homes in the city, but they aren’t anything extreme like the tiny homes that you see on television. Instead, it is more of a return to historic home sizes, when two-bedroom bungalows were a popular part of new construction.

“The majority of our program’s homeowners don’t need three- or four-bedroom houses,” said Buford, noting that 51% of her program’s households are one- or two-person households. “The reality is it makes a lot of sense to lower our footprint for affordability.”

Buford said she envisioned the project giving a lot of young, new homeowners the start they need to become a homeowner.

“A lot of single or married millennials will be OK in a house like this for quite awhile,” Buford said. “Once they start having kids, they may need to move to a place with more space, but by then they will have earned equity and they can buy a market-rate home. They won’t earn that equity if they are just renting.”

Buford said she also was excited to be working with a private developer on the project. Often, Tenants to Homeowners builds houses a single lot at a time, using vacant lots in already existing neighborhoods. That makes it difficult to build very many homes at once. But Buford said it also could be difficult to find a developer that is open to the idea of working with an affordable housing nonprofit. She said she spent part of her time trying to educate developers about the type of clients Tenants to Homeowners serves with this project. All the clients are employed and have income levels that allow them to qualify for home mortgages. They just don’t make enough money to qualify for a large enough home loan to buy a decent home in Lawrence.

“I hope this project will be a pilot or an example for other developers,” Buford said. “I hope it will show developers it is not so scary to partner with a nonprofit like us.” 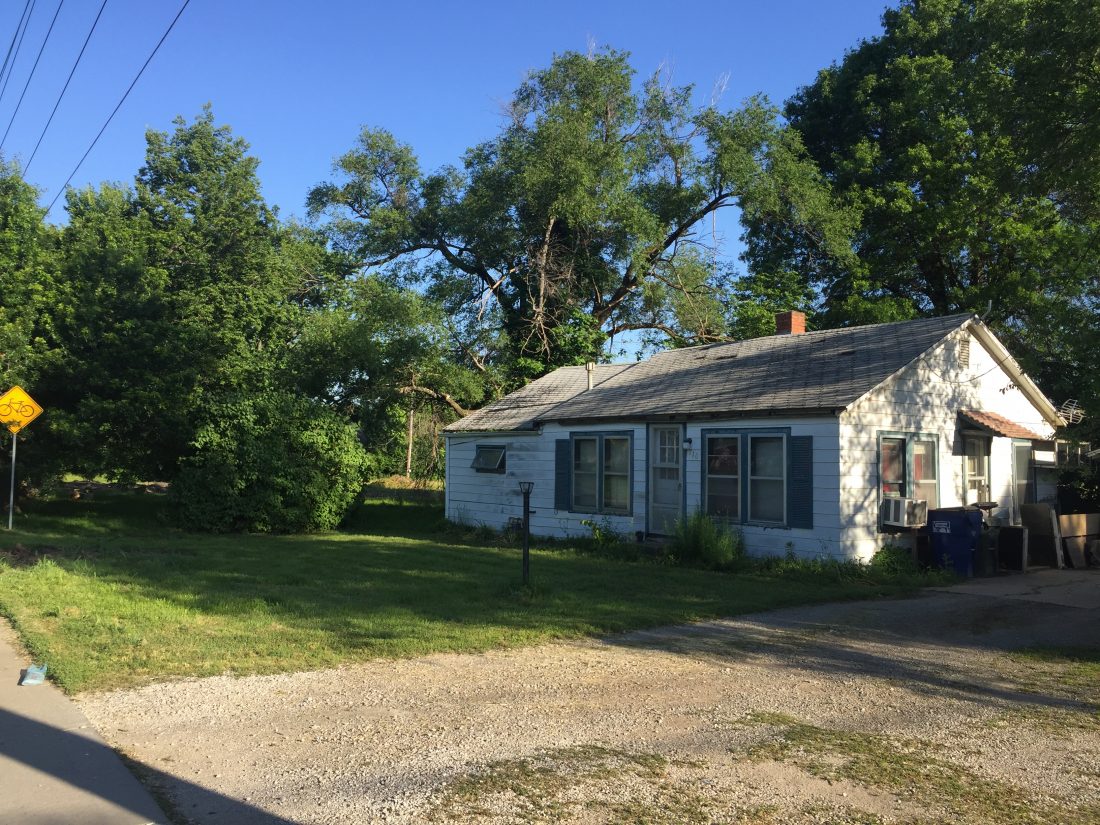 One house will have to be demolished to make way for the new Burroughs Creek Trail Addition neighborhood in eastern Lawrence. A second home that was on the property near 19th Street and Bullene Avenue already has been torn down.

The project still must win the necessary zoning approvals from City Hall before it can proceed, but developers said the city has been good to work with on this project as it is looking for new ways to address affordable housing. Buford also said her part of the project would be dependent upon getting grant money from the city’s affordable housing trust fund, which is set up to help subsidize new affordable housing projects.

If all approvals are won, developers hope to begin site work — a new cul-de-sac needs to be built, and one older home needs to be demolished — by the end of the year. New home construction could start early next year. 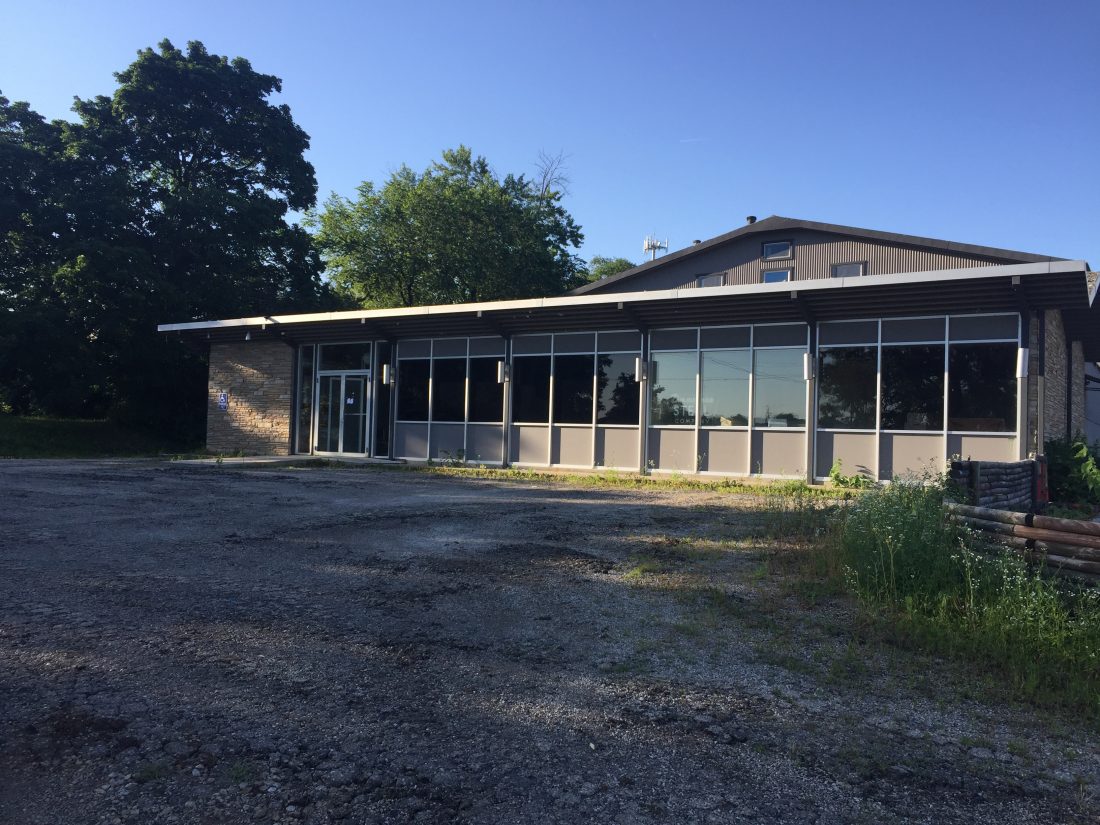 Keller and Harness are both part of a group that also has bought a commercial building just across the street from the proposed housing development. The group has purchased the old Zimmerman Steel building that more recently has been serving as the headquarters for the event promotion company Silverback.

The group bought the building at 701 E. 19th St. with hopes to convert the front part of the building into a more commercial use that takes advantage of not only the street traffic but traffic along the trail, Keller said.

“Maybe it could be a restaurant. We have some interest from restaurant people and have some other interest we are excited about,” Keller said, also mentioning the idea of an event center as a possibility.

Silverback continues to occupy the back part of the building, Keller said.

The property came with about a one-acre vacant lot just to the east of the building. Harness said the group hopes to come up with a plan for new development on that property too.

“I’m hoping we get a really cool development over there,” he said.