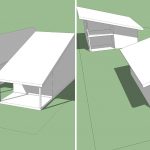 As the city embarks on a new venture in its affordable housing efforts — one involving the first changes to the local development code — some residents are asking questions about how those changes could affect neighborhoods.

If approved, the proposed affordable housing density bonus would be the city’s first land use rules connected to the affordability of homes. Though the draft code changes are preliminary, the concept is to allow two homes to be built on one lot as long as they are designated as affordable housing. That could mean a second home being added alongside an existing home or two new homes being built on a single lot.

Affordable Housing Advisory Board Chair Ron Gaches told the Journal-World that because of the high cost of land, allowing for increased density has been a well proven tool in other communities to create affordable housing. However, he said that as the density bonus creates new units of housing within existing neighborhoods, it will generate a community discussion.

“I think we’re going to struggle a little bit when we start to put those policies in place with community reaction, as everybody gets an idea as (to) what does this really mean and what role do I play as a neighbor, or what role does my neighborhood play in helping to address affordable housing needs,” Gaches said.

The Affordable Housing Advisory Board, or AHAB, proposed the changes after studying what other cities have done to address their affordable housing shortages, and the study of other potential changes is ongoing. After going in front of AHAB and the Lawrence-Douglas County Planning Commission for initial feedback in March, the draft is going back to city staff for additional consideration. Several elements are under review, including whether both homes must meet affordability requirements, the definition of affordable, and how the city will manage compliance to make sure the homes remain affordable. 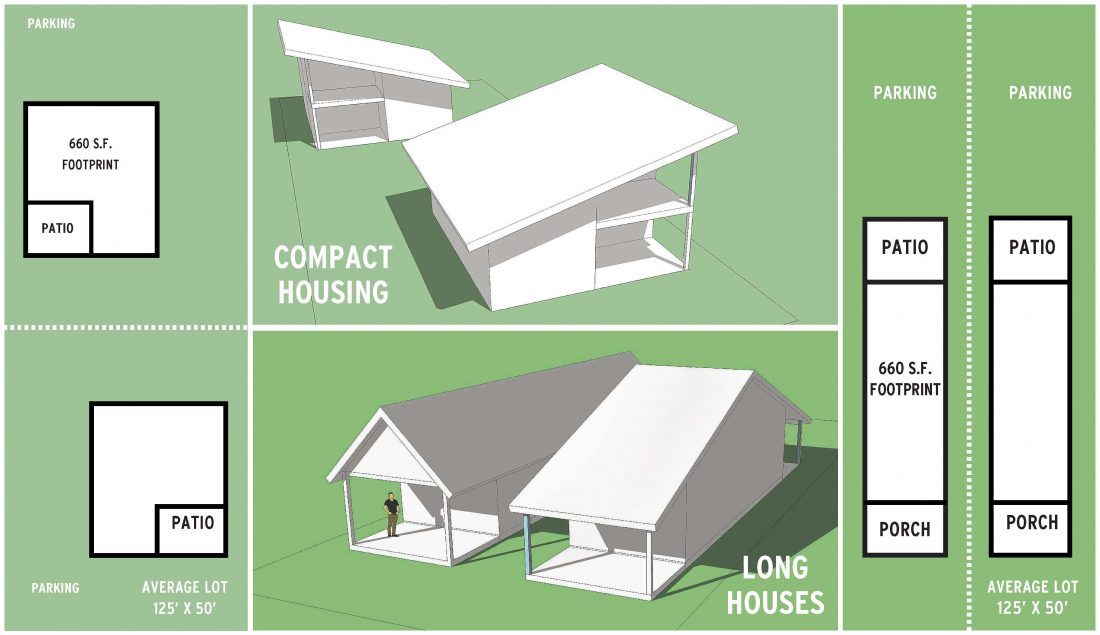 At its most recent meeting, AHAB heard concerns from some residents and advocacy groups about the proposed changes. In speaking to board members, Sara Taliaferro, of the social advocacy group Justice Matters, asked what it would mean for the city to make the density bonus available to private developers and property owners. Taliaferro, who is co-chair of the Justice Matters Affordable Housing steering committee, later told the Journal-World that while the group agrees that the city needs to look at land use and is supportive of a density bonus, how the city would manage such a program would be key.

Taliaferro noted that existing nonprofits whose sole aim is to create permanent affordable housing already have the mechanisms in place to manage and regulate the properties. She also said the city needed to make sure the density bonus was considered in the wider context of affordable housing, including the condition of lower-cost housing in Lawrence. She said the substandard quality of the housing that was affordable in Lawrence was often an invisible part of the problem.

Some residents also voiced concern to AHAB that such projects would be concentrated where lots were cheaper, in lower-income neighborhoods, and that increasing the density of those neighborhoods would take away from their character and decrease property values.

Some neighborhoods have specific points of concern. North Lawrence Improvement Association President Ted Boyle told the Journal-World that because of the propensity for flooding in North Lawrence, the neighborhood is against increases in density. Boyle said that higher density, because it means more ground is covered, would exacerbate issues with storm water drainage. In addition, he said the additional density would ruin the aesthetic of the neighborhood and increase traffic.

“We’re totally 100 percent against that and we will fight that,” Boyle said.

Gaches said that the board wanted the solutions to the city’s affordable housing shortage to be strategic and that the density bonus encouraged more collaboration and innovation. In addition to nonprofits, he said that private individuals who wanted to build an affordable housing unit on their existing lot and developers could use the density bonus.

Gaches also noted that a resident survey completed as part of a consultant-led housing study indicated some general support for higher-density housing types in Lawrence but that support decreased when residents were asked whether those housing types were appropriate for their neighborhood.

“But of course when you ask folks ‘should that increased density occur in your own neighborhood?’ the support falls,” Gaches said. “Everyone would like the solution to take place somewhere else.”

Last year, BBC Research & Consulting completed a housing market analysis, which also included a survey of residents about their housing circumstances and what kinds of housing they would like to see. The study found that thousands of Lawrence renters were cost-burdened, defined as those who spend more than 30 percent of their income on rent and utilities. The study shows about 5,200 cost-burdened households.

The Planning Commission reviewed the draft code amendment as part of its most recent meeting. The commission also heard concerns from a couple of residents about the impact of the density bonus on neighborhoods, and commissioners posed some preliminary questions to city planners.

Planning Commission Chair Karen Willey said that she thought it was a very different model for single-family neighborhoods and asked whether making the bonus only available for homeownership, excluding rental properties, would address some of those concerns. Regarding how the city would manage the properties, Planning Commissioner David Carttar asked what the consequences would be for property owners who did not keep the homes affordable. He asked how the city would undo a home that had already been constructed.

Director of Planning and Development Scott McCullough told planning commissioners that though requirements such as setbacks, lot coverage and parking requirements must stay the same to preserve the look of neighborhoods, there are varying possibilities for how the density allowance could be structured. McCullough said that city staff started off with a broad discussion of the possibilities for the code changes and that there were a lot of different ways it could be put together.

McCullough later said via email that city staff would be studying options for the open questions about the amendment and then bringing back recommendations to AHAB and the Planning Commission. McCullough said those recommendations would likely come before those bodies in June.