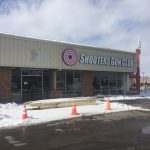 Shooters Gun Club hopes to open at 2429 Iowa St. by early May. The facility will have up to 16 lanes for target shooting, and also will do retail sales of guns and ammunition.

Rick Sells knows some folks like to unwind by hitting a bucket of 50 golf balls. He also knows there is an increasing number who find their relaxation by squeezing off 50 rounds of ammunition into a target.

While that growing audience of gun enthusiasts is one reason Sells has spent more than four years trying to open a gun range in Lawrence, it is not the only one. He’s becoming more convinced that people are going to buy guns, whether they understand them or not. A gun range can at least help them learn how to use one.

“I know there will be a lot of guys who have been shooting for 10 or 15 years who will come here and they’ll be doing their own thing,” Sells said. “But I think there are also a lot of people who are wanting to learn.”

Sells has signed a deal to open Shooters Gun Club at 2429 Iowa St. in the space that for years housed Kief’s Audio and Video. Or, if you are into meat more than music, you might know it better as the space a couple doors down from Bigg’s BBQ.

Sells — who used to own the Lawrence Athletic Club business before selling to Genesis — said he frequently runs into people who say they’ve decided to buy their first gun.

“They say we don’t live in the same world we used to,” Sells said. “I think there are people who are scared with what is going on. I don’t know that buying a gun is necessarily the right answer for them, but they need to be able to learn.”

Sells has begun renovation work on the facility and hopes to be open by early May. He said he’s building the gun club to have up to 16 target shooting lanes, each measuring 75 feet.

“You can shoot just about any type of pistol you want in there, and we will allow some rifles,” Sells said.

He said there also will be a retail area where guns and ammunition are sold. In addition, there will be classroom space. He said the business would offer several types of classes, including ones on cleaning, handling and properly storing a gun. He said he planned to offer a free class geared to people who plan to carry a concealed firearm.

Kansas law no longer requires residents to get a license or go through a class to carry a concealed weapon, but Sells said it was critical for people to understand the laws that still do apply to them. You can still get a formal license, which is useful if you plan to carry outside of Kansas.

He said he’s talked to people who carry concealed in Kansas but don’t understand that they can face significant fines or jail time for having a gun on their person when they are dropping their kids off at school.

He also has talked to people who think they have an automatic right to shoot an intruder who has broken into their home. In some cases you might, but in others you might not.

“There are some situations where they will call that murder,” Sells said. “I want people to understand the law.” 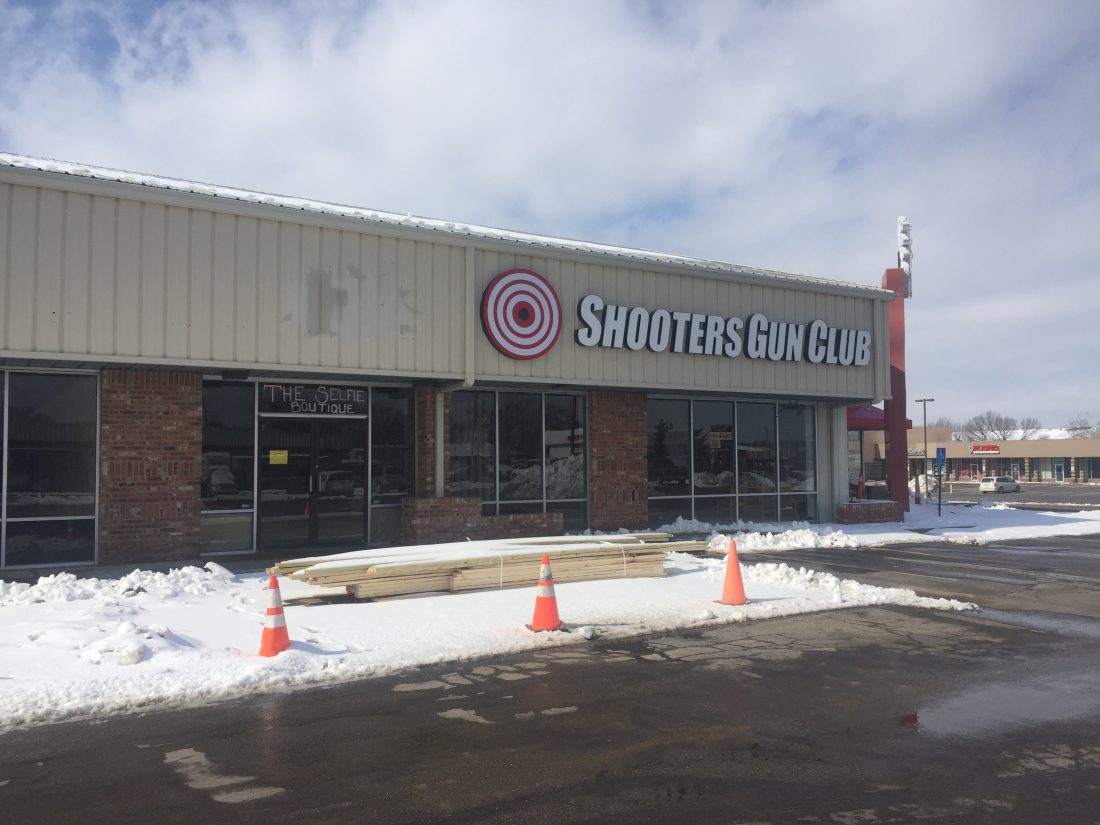 Shooters Gun Club hopes to open at 2429 Iowa St. by early May. The facility will have up to 16 lanes for target shooting, and also will do retail sales of guns and ammunition.

Sells said he’ll operate the business on a membership basis. People will be able to buy memberships ranging from $25 to $45 a month with most of the memberships giving you unlimited time on the shooting range. He said family memberships would be available, and he’ll encourage kids to be part of the club as well.

He said providing not only gun safety lessons but general firearm education to kids is important. Sells said some kids need firearms education to help them to understand that video games that feature war themes and other shooting scenarios are different from real life.

“In life, there is no reset button. You shoot somebody, and they’re dead,” Sells said. “This can be fun, but it needs to be respected.”

Sells had tried to open a gun range in several other locations, including near 31st and Haskell, a site that ultimately was rejected by city commissioners. This latest location did not have to receive City Commission approval because the retail zoning in place allowed for a gun range.

At least one other Lawrence businessman also had filed plans to build a gun range. Steve Robson — who owns Ace Self Storage and Ace Bail Bonds — filed plans in 2017 to build a 12,000-square-foot gun range and gun shop near the Douglas County Jail. Robson, though, has told me those plans are no longer active. He said the project didn’t end up being feasible for him at this time.

Sells, though, said he does think there is a lot of pent-up demand for a gun range in Lawrence.

“I put my sign up the other day, and my phone has been ringing off the hook,” he said.