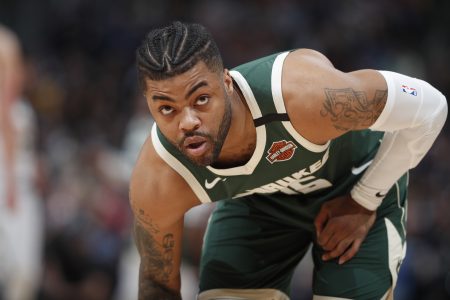 Milwaukee Bucks guard Frank Mason III looks to the bench for a play as he takes to the court in the first half of an NBA basketball game against the Denver Nuggets, Monday, March 9, 2020, in Denver. (AP Photo/David Zalubowski)

While the NBA continues to sort out the details of its 2019-20 season resumption in Orlando later this summer, one key decision sets up potential good news for a couple of former Jayhawks.

According to reports, the NBA rosters inside the Orlando bubble starting next month are expected to be expanded to 17 players instead of the usual limit of 15.

While that sounds like a lot of players to have on the bench of a team that can play just five guys at a time, just being there could open the door to bigger and better things for players like Frank Mason III in Milwaukee and Josh Jackson in Memphis.

Both former Jayhawks spent extensive time in the G League during the 2019-20 season leading up to the COVID-19 pandemic. Mason played 23 games and Jackson 26. And neither player figures to be a key part of what either NBA team is doing when play resumes.

But there are a number of factors that quickly could change that, not the least of which is the pandemic itself.

Part of the reason the NBA is likely to expand the roster limit to 17 players is to provide franchises with insurance against the virus.

Because the season will resume in a unique environment, with players and league personnel being tested regularly and living inside the Orlando bubble for the remainder of the season, a team that gets hit hard by injuries or players testing positive could be decimated and forced to play with less than a full rotation. Having two extra players on-site already helps protect against that scenario and makes it much easier to plug them in immediately without having to wait for travel arrangements and testing of players brought in from the outside.

And that quickly turns Mason and Jackson from fringe NBA players into potentially important backup pieces. 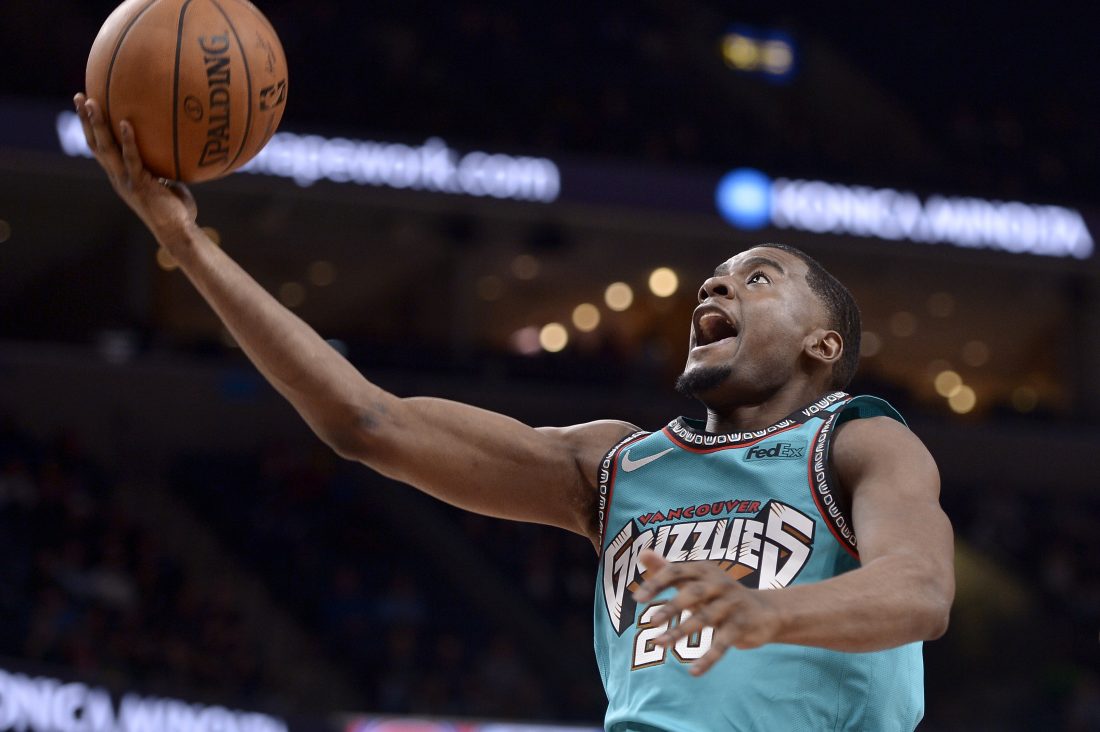 Both have proven they can play at the NBA level.

Mason, meanwhile, who was selected No. 34 overall by Sacramento in the same draft, played 90 games with the Kings during his first two NBA seasons, averaging 6.8 points, 2.6 assists and 1.9 rebounds in 15.8 minutes per game.

Beyond that, both have been tearing up the G League this season, averaging more than 20 points per game with the Wisconsin Herd and Memphis Hustle. Their paths bear a striking resemblance to that of Devonte’ Graham from his rookie season, when the Charlotte guard routinely proved he was too good for the G League but not quite ready for a full-time role in the NBA.

Even if they don’t get a chance to show off the skills they’re lighting up the G League with — Mason leads the G League at 26.4 points per game and Jackson ranks 18th at 20.3 — or get to play big minutes in Orlando, just being on the inside is a big deal because it keeps them relevant within the league.

Mason signed a two-way contract with the Bucks last July, which guaranteed him a spot with the franchise but relegated him to mostly G League minutes. Two-way players are only allowed to spend 45 days with the NBA club.

Jackson, meanwhile, is in the last year of his rookie contract and is making $7 million this season despite the demotion to the G League. The Grizzlies did not pick up Jackson’s option for the 2020-21 season, so he will enter the offseason as a free agent and could very well be looking for his third team in four seasons.

That fact alone makes it less likely that Jackson will get any real playing time in Orlando. But, again, we’re talking about uncharted waters here and no one really knows how this thing is going to play out. Throw in the layoff and potential rust/improvement factor, and it’s easy to see how things could look dramatically different at the restart than they did in March.

The NBA, at least for now, is going to look a lot different from how it has looked for years, and that could extend all the way down to the way coaches stack their rotations and utilize the 17 players at their disposal.

Whether either player is given an opportunity to really help his current team remains to be seen. But even if they’re not, they could be auditioning for a spot somewhere else in the future. And being inside the bubble provides a much better networking opportunity than being on the outside.

Many of the details are still being worked out, and things should start to take shape next week. It is still unclear whether all 17 players will be eligible to play every game or if the two additional roster spots are truly just replacement players waiting in the wings.

The transaction window, which includes free agent signings, is expected to open Monday and run through early July. The season itself is slated to resume on July 30.

Those players not interested in participating — and there have been several who have indicated they might not play — have to let their teams know of their decision by Wednesday. 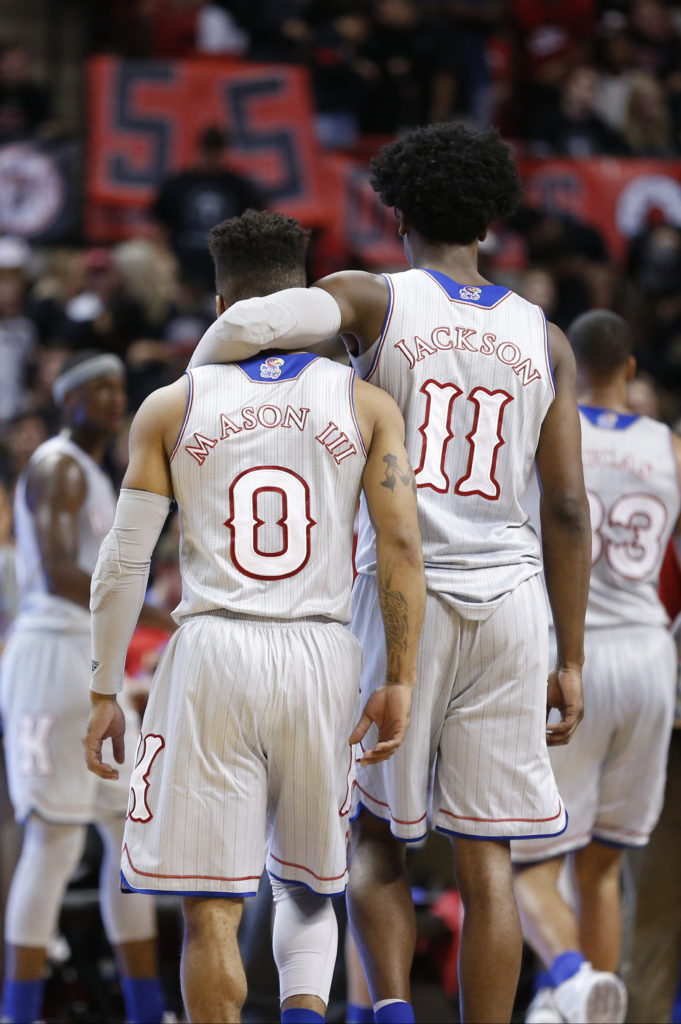 Kansas guard Josh Jackson (11) puts his arm around teammate Frank Mason III (0) during a timeout in the first half, Saturday, Feb. 11, 2017 at United Supermarkets Arena in Lubbock, Texas.