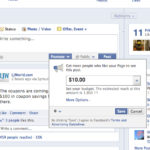 Facebook’s newly launched Promoted Posts for Pages has been causing quite the stir around the web this week. Many small business owners and bloggers took to Facebook to publicly decry the feature, type out a few choice words aimed at Zuck and to ask fans to quickly perform some steps to insure that their posts aren’t maliciously hidden from their loyal fans.

To that we say: Whoa, guys. I think we missed an important part of how the Facebook news feed works.

Remember all that talk about EdgeRank and Graph Rank not so long ago? If you do, bravo! However, I think a large group missed it because if they’d seen it, we wouldn’t have seen the backlash that we did.

Based on the many, many factors that figure in to EdgeRank and Graph Rank, as well as other factors (such as how cluttered your followers’ news feeds are and how often they log in), not all of the followers of your page see all of your updates. Facebook reported in February that only an average of 16% of your fans see each update you post.

So, it’s potentially only a small window of followers that are seeing what you post. What Promoted Posts do is expand that average percentage to a higher level and get your post seen by more of the people who already like your page (or to the friends of the people who like your page) by placing your update in the news feed as a sponsored post so that more people (who already like your page) see it. It bases impressions on the dollar amount you spend for each post. Spend $5, get a little boost. Spend $20, get a bigger boost.

Essentially, Facebook’s Promoted Posts is a way for you to extend your message and get it seen by more eyeballs online. It’s not a way for Facebook to force you to pay to use the service and it’s not “hiding your posts” unless you cough up the dough. It’s just giving you another way to increase the likelihood that your followers see the messages you send out.

If you still have questions, I’d be happy to address them in the comments or tweet them over to me at @WorldCoSocial.

And the IPO fell flat

Facebook's much anticipated IPO fell flat today on its opening day. With a mere $0.23 jump in share price, it did ... 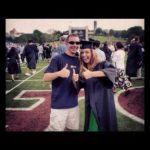 It's a rumor, no longer. Google Drive was released ... 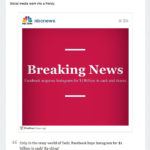 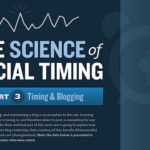 When should you blog?