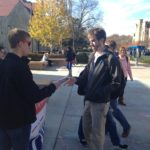 **10:27 p.m.: Final results from the courthouse** The last batch of election results from Douglas County have just arrived. These represent all the votes except for about 400 votes from overseas military members that will be counted by hand. The final tally of the evening looks like ... 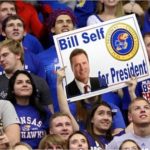 Who knew Bill Self was running for president?

Mark Boyle, a former news anchor for 6News, who's now working in Louisiana, posted this photo on his Facebook page. We're not sure who Self's running mate is, however.

5 things to know for Election Day in Kansas

We're less than 24 hours away from Election Day, and we've been following the storylines from across northeast Kansas. For full coverage of the campaigns, you can visit our elections [portal][1]. Tomorrow we'll be bringing you live coverage from across Lawrence and Douglas County, as our ... 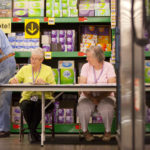 Live coverage of the 2012 primaries

Baldwin turnout grows in late hours Baldwin City’s two downtown polling places closed with a marked difference in turnout. The 62nd Precinct site at the Baldwin City American Legion Hall had 280 voters, or about 21 percent of its 1,353 registered voters. Just minutes before the polls ...