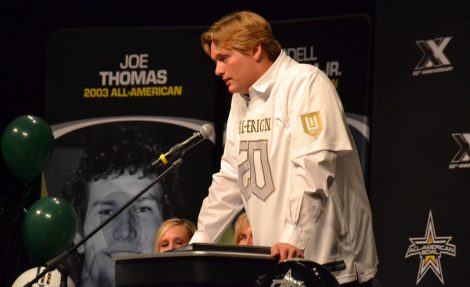 When Free State senior Turner Corcoran originally received the invite in June, he shouted at his phone in celebration.

Four months later, it became official when Corcoran was given a jersey for the 2020 All-American Bowl during a ceremony Friday morning at FSHS. He will be competing in the annual East vs. West matchup in the Alamodome in San Antonio.

“It feels great,” Corcoran said. “I can’t wait to go up there and compete in January against the top 100 players in the country. It is going to be a great experience and get me ready for Nebraska.” 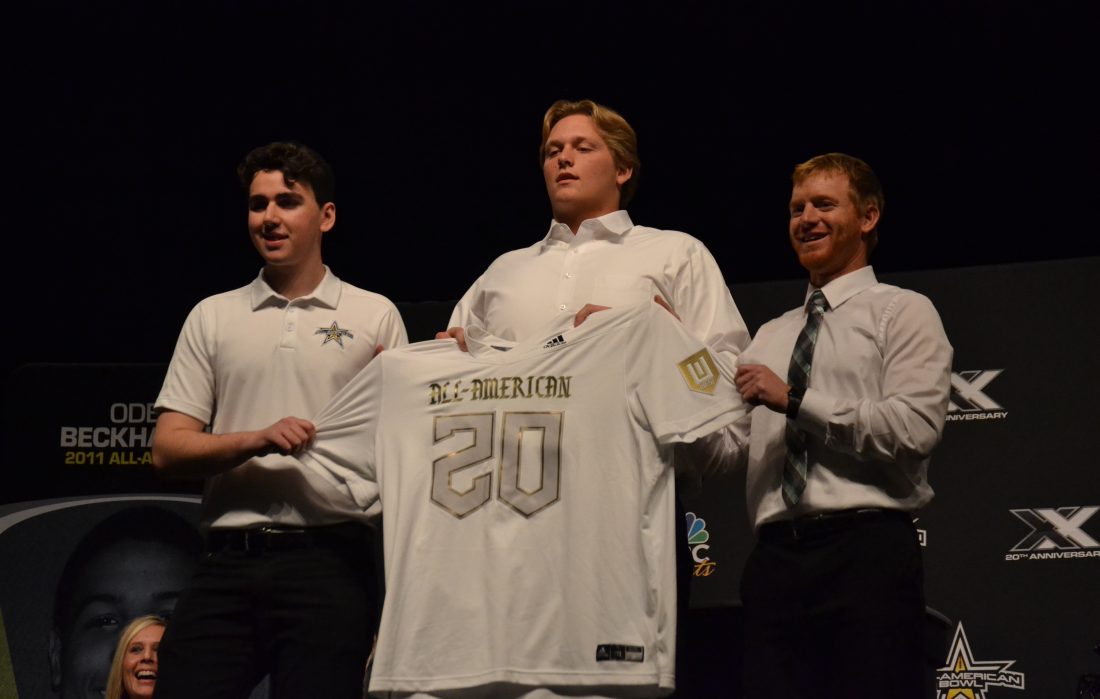 It is the latest feat for a senior Firebird who has plenty of accomplishments already in his career. Corcoran, who is verbally committed to Nebraska, is the top-ranked recruit in the state in his class.

The 6-foot-6, 270-pound offensive tackle will be the only player from Kansas competing in this year’s event. Corcoran watched last year’s game when quarterback Graham Mertz, who was the lone Kansas representative, won the MVP award.

“That was really special to watch because he is a Kansas kid,” Corcoran said. “It means a lot (to be the only Kansas kid). It shows the hard work and dedication that I have put into football. It is all just paying off for me.”

The game will be nationally televised on NBC on Jan. 4.