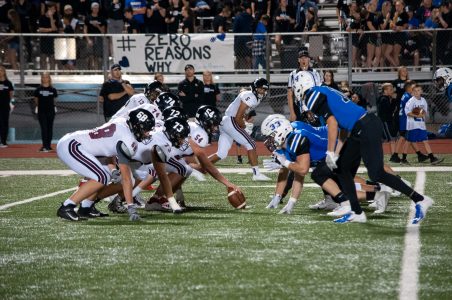 The Lawrence High football team is no stranger to a big game.

LHS, which is 7-0 and ranked No. 2 in Class 6A, has had its fair share of highly-anticipated matchups already this season. Lawrence has actually knocked off two teams that were ranked No. 2 at the time, including a 35-10 victory over Olathe North just last week.

“This team is about as well tested any team in the state of Kansas,” LHS head coach Steve Rampy said. “The bigger the game, the more important it is that you do what you can do well. We want to make sure that, for the rest of the year, everybody gets our best effort. They see the best football that Lawrence High School can play.”

But the regular-season finale will rightfully get a lot of buildup.

This year’s City Showdown between LHS and Free State (6-1) figures to be the biggest crosstown clash since 2012. Both teams were 7-1 and ranked in the top 5 entering that contest, which ended up being a 28-14 victory for the Firebirds.

Since then, no other City Showdown has featured more than 11 combined wins between the two squads entering the matchup. This meeting will be the first time in over a decade that the two programs have a combined one loss entering the contest.

Yet, if any team was equipped for such a thrilling matchup, it would be Lawrence.

In just the third week of the season, Lawrence had to travel to Gardner Edgerton, which was ranked No. 2 in the state at the time. LHS pulled out a 35-34 victory, despite trailing by 13 points early in the fourth quarter. It remains the only loss of the season for the Trailblazers, who are ranked No. 3 in Class 6A.

“It helps us keep our mind in the right spot,” senior receiver Chris McGee said. “When we played the Gardner game, we were pretty level headed. We knew it was a big game going into it and we had a lot to do.”

LHS stifled Shawnee Mission Northwest in Week 5 during a 51-20 win, even though the Cougars were previously undefeated and their offense is one of the most potent passing attacks in the state. Lawrence then held Olathe North to just 10 points last week, even though the team had scored 77 points the week before. The Eagles (5-2) are still No. 4 in Class 6A.

And all of those impressive performances by the Lions are a credit to their preparation during practice ahead of each game.

“It is always fun to have a big game before we have big games the rest of the year,” senior defensive back Deshon Lewis said. “I think it helps because we have been in this situation. We know we need to step up and we have stepped up.” 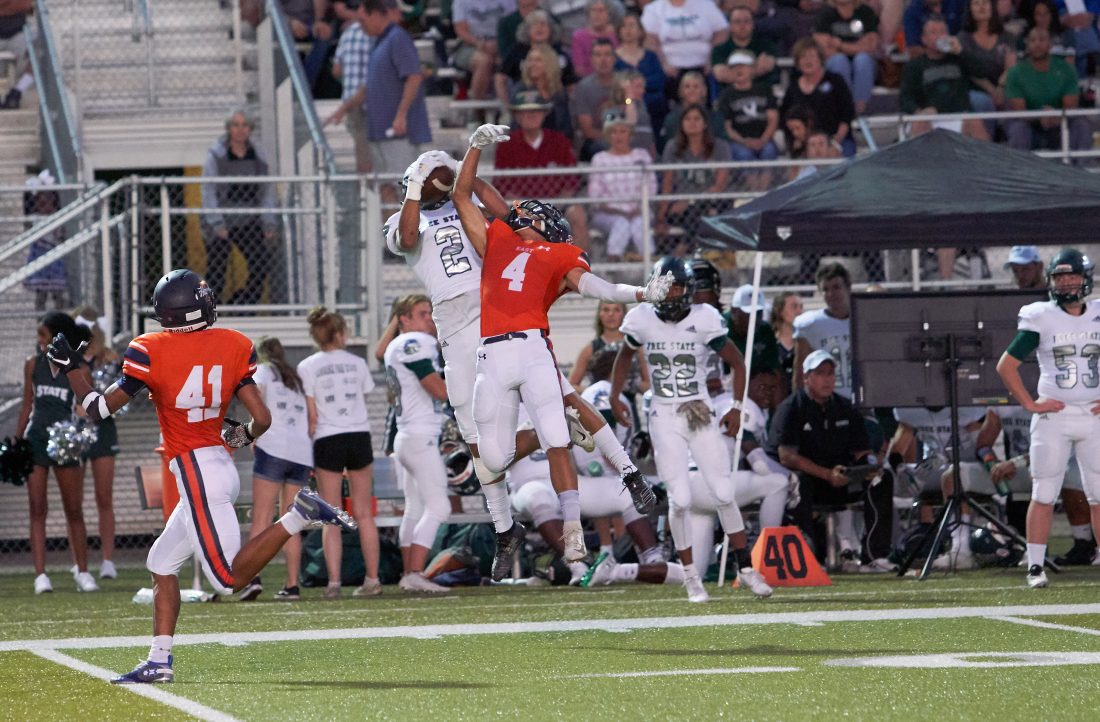 At the same time, the latest installment of the City Showdown is an important test for Free State.

Under first-year head coach Kevin Stewart, the Firebirds have won five games in a row since their 26-17 loss to Olathe East. During this five-game stretch, FSHS has won all five games by an average of 30.2 points per contest.

“Ever since that Olathe East loss, we have really found ourselves identity-wise,” Free State senior Turner Corcoran said. “It’s just been rolling, so I feel like we are in a good spot. That loss to Olathe East helped us find who we were as a team.”

Still, none of those five opponents have won more than two games this season. In fact, those five foes have a combined record of 7-29 in 2019.

With postseason around the corner, Friday’s contest could help the Firebirds see how they stack up with one of the better teams in Class 6A.

“Seems like Week 8 is always big matchups,” Stewart said. “It is nice that we have another big game.”

Kickoff is slated for 7 p.m. Friday at LHS.