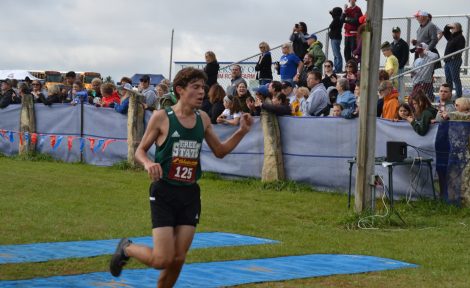 Free State senior Charlie Johnson kicked it into high gear once he saw a teammate’s mother.

Susie Fagan, who is the mother of senior Erin Fagan, cheered loudly for Johnson on a steep downhill slope Saturday morning at Rim Rock Farm. It was all the motivation that Johnson needed to run a time of 16:12.6 en route to a first-place finish in the varsity boys race at the Sunflower League cross-country meet.

“I saw her cheering at me, and she sold me these shoes,” Johnson said. “When you are a runner, the weirdest things go through your head. I was like, ‘I got to show her what these shoes can do.'”

Johnson became just the second FSHS boys runner to notch an individual league title, and first since Ryan Liston did so as a senior in 2014. His victory, along with a third-place finish from Ben Shryock and a seventh-place finish from Ethan Sharp, lifted the boys team to a team title.

Free State scored 65 points as a squad, which was 15 points better than runner-up Olathe South. It marks the second time that the FSHS boys have been Sunflower League champions, and first time since 2014.

Perhaps the most impressive part of Saturday’s showing is the fact Free State found a way to make history without one of its best runners. Sophomore Jack Keathley-Helms, who was the team’s No. 4 runner during a runner-up finish at the state meet last fall, has been sidelined with an injury.

The Firebirds expect to have Keathley-Helms back in the mix soon, but runners have had to step up in his absence.

“The mentality has been to catch every single person that you can to make up for that,” Johnson said. “I needed to make sure I could do everything I could to hold it together for the team.”

Johnson’s individual victory was a fitting way to go out in his final Sunflower League meet, especially considering that he was unable to compete in the race last year due to an injury. Johnson placed 14th as a sophomore in 2017.

Shryock ran a time of 16:30.2, which was good enough for third place on the individual leaderboard. He placed fifth in the Sunflower League meet as a freshman last fall. Sharp, a junior, posted a mark of 16:37.8 to place seventh for his first top-10 finish at league in his career. 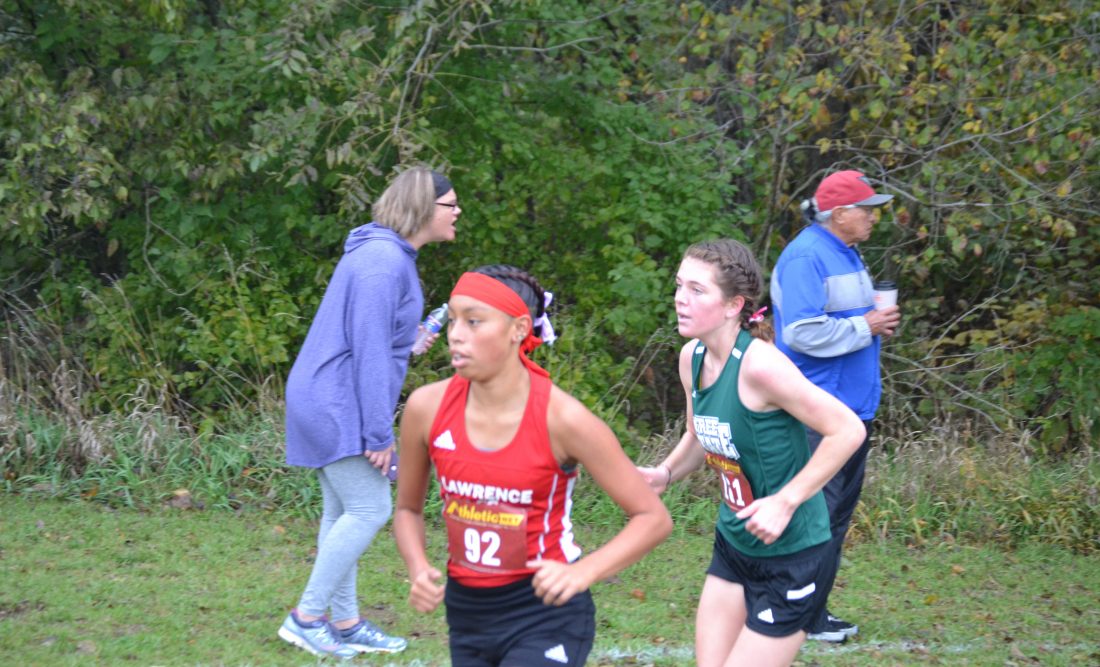 On the girls side, Free State senior Erin Fagan also finished in the top 10 to lead the way. Fagan finished 10th with a season-best time of 20:05.6 after placing 11th as an individual at the Sunflower League meet in 2018.

“It felt better than any of my other races,” Fagan said. “Since there was less competition, I had more room to move throughout the race and the temperature was perfect.”

As a team, the Firebirds placed fourth with a score of 122. Olathe West won the varsity girls race with a mark of 54 points. Allison Babbit (16th) was the only other Firebird to finish inside the top 20 on the individual leaderboard.

Entering Saturday, Little Head had not finished higher than 54th at the Sunflower League meet. Little Head came home with a top-10 finish, netting ninth with a time of 16:41.3 in the varsity boys race.

From the start, Little Head stayed with the front of the pack and made moves when he needed to.

“This is probably one of the best races that I have ever had,” Little Head said. “This time I stayed with the front pack, went out and had a good pace.” 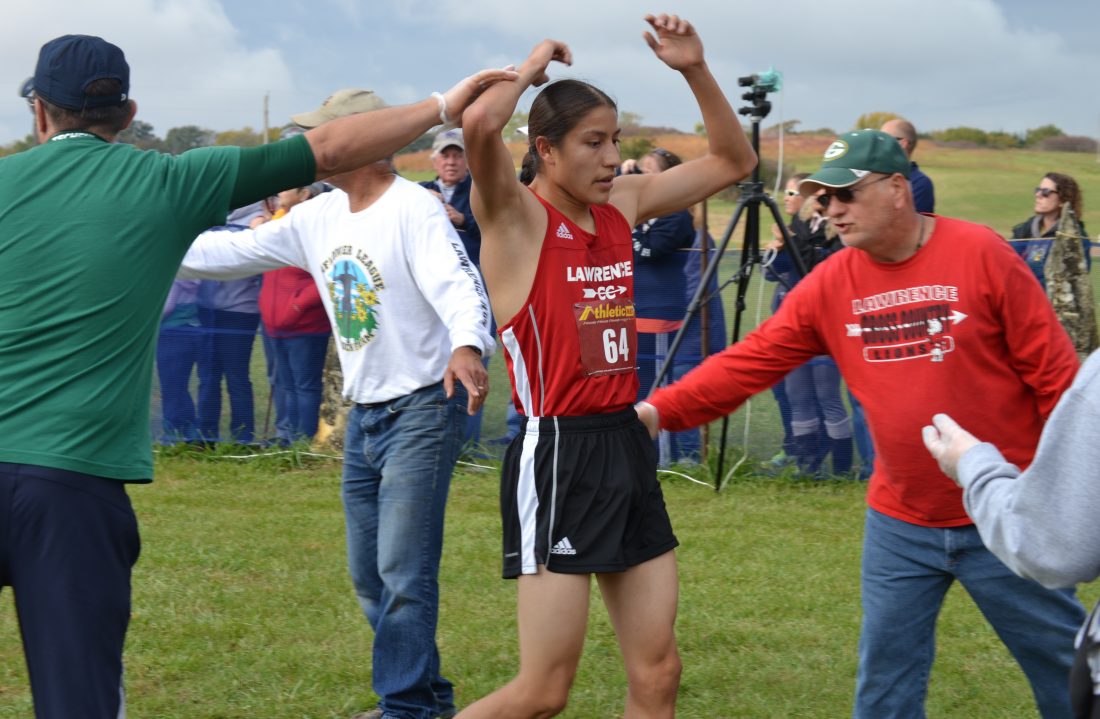 Senior Sophie DeWitt ran a time of 21:25.0 to end up in 44th place in her final Sunflower League meet.

“I think our team this year has been better than any other team that Lawrence High has had in a really long time,” DeWitt said. “I think we have real potential to make it as a team for state this year.”

Both programs will be back in action during the regional meet at Milford State Park next Saturday. The girls race is slated to begin at 10 a.m., while the boys race will start at 10:45 a.m.