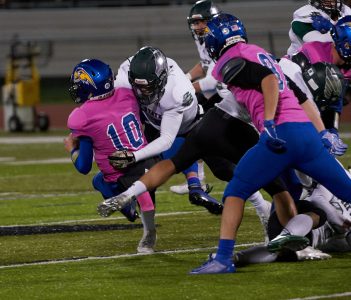 Free State senior Colter Maldonado has had experience playing safety. And that has made the midseason position change much easier.

Entering the year, Maldonado was taking a bulk of the reps at quarterback in the first year with Kevin Stewart at the helm. But an injury forced the Firebirds to make an adjustment on the fly, and now everyone is seemingly better for it.

“He can do a lot of things for us back there,” Stewart said of Maldonado. “He’s definitely physical. He’s strong and he’s fast. He’s just a natural athlete and player.”

Maldonado initially suffered a neck injury before the season, but still started at quarterback to propel FSHS to a 45-19 win in the season opener. The injury then got worse after Maldonado took a hit in a 26-17 loss to Olathe East in week 2.

Free State decided to sit Maldonado for the third week, putting senior Malik Berry at signal caller in his place. Berry has started at quarterback since then, helping the Firebirds rattle off four consecutive wins.

Maldonado, meanwhile, has found his footing at safety where he has continued to make plays over the last three weeks.

“I’m a different person out there (when playing defense),” Maldonado said. “I get to be more aggressive and fly around and just have fun.

The position change was seamless for Maldonado, who played safety during his junior campaign for a school in California.

Maldonado had his best performance to date in last week’s 28-7 victory over Olathe South. He stuffed multiple runs at the line from his strong safety position. He even recorded an interception, which included a long return against the Falcons.

It helped show that Maldonado, who played shortstop for a Free State baseball team that finished as a runner-up last spring, has the ability to make an impact in a multitude of ways.

“Defense has always been something that has been natural for me,” Maldonado said. “I can read the play well, and I feel really good.”

Free State is one of four teams in Class 6A that has given up 100 or fewer points. The Firebirds’ defense has only allowed 100 points through six games, though it will be tested over the final two weeks of the regular season.

The Firebirds will play host to Shawnee Mission East for their final home game of the regular season. The Lancers scored 49 points in a loss to Olathe North last week, and have scored at least 33 points in three of their previous four games.

“We have to stop the run, to start,” Stewart said. “We have been pretty good against the run, except for big plays. So we need to limit the big plays.” 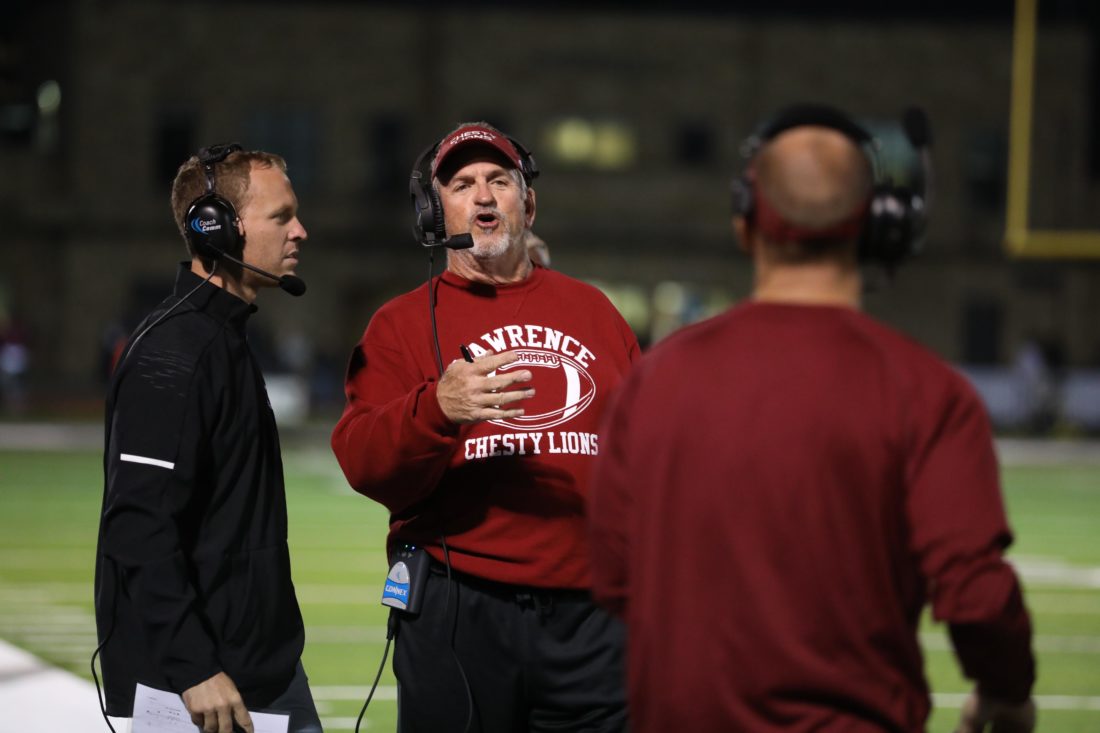 It didn’t take long for Corban Oberzan to start doing his homework.

Once the Lawrence High coaching staff told him he’d be switching from linebacker to safety, Oberzan started preparing for the position change. He leaned on advice from assistant coach Jeff Lyster and watched instructional videos during the offseason in preparation for his junior campaign.

The result? Oberzan has become a takeaway machine, and is experiencing the best season of his young career to help the Lions (6-0, No. 3 in Class 6A) stay undefeated through six weeks.

“I like that you can get out and run a little more than linebacker,” Oberzan said. “But football is football, no matter what position you play on the field.”

But this isn’t the first position change of Oberzan’s career. In his six-plus years of playing football, Oberzan has played receiver, quarterback and linebacker before finding a home at safety this fall.

Last season, Oberzan got his first taste of varsity action by filling in at linebacker. The Lions eventually went 1-8 during Steve Rampy’s first year with the program. And the key to this impressive turnaround has been putting players like Oberzan in the best position to have success.

At safety, Oberzan has more freedom than ever before. The game has slowed down, and he’s able to make reads based on receivers’ movements. He’s given extra time to make plays for an LHS defense that is allowing just 20.66 points per game.

“I have put the work in for this,” Oberzan said. “I believe if you work hard enough, good things will happen to you.”

Oberzan and the rest of the LHS defense will be tested this week in another big matchup.

Lawrence is taking on Olathe North (5-1, No. 2 in Class 6A) in a game that has huge implications in the Sunflower League as well as the playoff standings. The Eagles, who are coming off a 77-49 win over Shawnee Mission East, have only lost to Columbine (Colorado) this year.

Olathe North is averaging 44 points per game through six games.

“The longer you play into the football season, the more important the little things are,” Rampy said. “We have to bring our hearts, our passion and everything that has had to do with what has made us who we are to this point.”

Kickoff is slated for 7 p.m. at the Olathe District Activity Center.

Bayliss scored the first goal of the match, though Maur Hill evened things back up just three minutes later. About five minutes before the end of regulation, Bayliss scored the game-winning goal with a header off a corner kick. Bayliss now has 13 goals on the season.

Bishop Seabury will play host to Basehor-Linwood on Wednesday for the final match of the regular season.