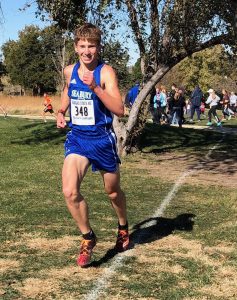 It hasn’t been an easy journey for Bishop Seabury senior Henry Nelson, but that didn’t stop him from securing a state title Saturday at the Class 2A cross-country state championship.

“The plan was to just go out there, have fun and see what happens,” Nelson said. “The goal was to win (state).”

Nelson has dealt with recurring health problems throughout his Seabury career. Granted, the only major injury was a broken leg before his sophomore track season. But after nearly every race — including multiple races his senior season — his legs have felt a lead-like heaviness.

Yet, he still manages to focus on the positive side because of his love for the sport.

On Saturday, that fun-loving side kicked in at around the 1.5-mile mark of the race, and his confidence continued to grow.

“I was like, ‘All right, come on, let’s do this,'” Nelson said. “This is something I’ve been working toward all of high school.”

After a long and often painful journey, Nelson is elated to be a state champion.

“That means so much to me,” Nelson said. “(I’ve overcome) a lot of adversity throughout high school and it’s finally come to fruition. I’m psyched right now.”

Nelson’s sister Oona, a freshman at Seabury, also had a successful day at the Class 2A meet, finishing sixth with a time of 20:05. Senior Sabrina Eicher rounded out Seabury’s entries at the state meet (20th, 22:25). 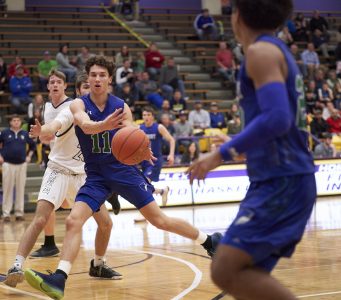 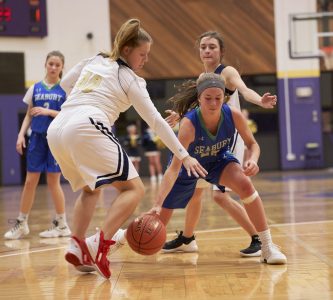 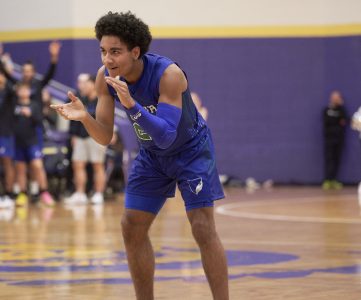 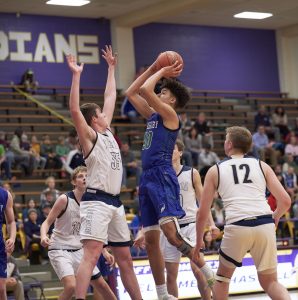