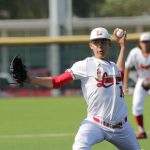 LHS freshman Grant Cleavinger throws a pitch during the regional semifinal against Wichita North, May 16, 2019 at LHS.

In a back and forth battle between the No. 3 seed Lawrence High and the No. 6 seed Washburn Rural, Lawrence surrendered six runs in the second inning and could not complete a late-game comeback during an eventual 8-7 Thursday evening at LHS.

Lawrence High (15-6) split its home regional, taking a 9-6 win over Wichita North in game one, but fell short of what would have been its first trip to the state tournament since 2012, ending its season.

“I just told (the seniors) I love them,” LHS coach Brad Stoll said. “All the time we talk about planting trees that you’ll never see, and these guys planted trees that future Lions will see.”

After a 13-hit outing against Wichita North, the Lions continued their hot streak at the plate in their first frame against the Junior Blues. Lawrence took a trip through the order to jump out to a 5-1 lead after the first inning, with scoring plays by Carlos Vasquez, Preston Harris, and Cole Mondi.

With junior Jake Miller on the mound to start the game, however, Lawrence allowed the Junior Blues to respond with a six-run second inning with a trip to the order and six hits. The Lions responded with a run brought in by Vazquez the next frame, scoring Devin Neal who led off with a double. 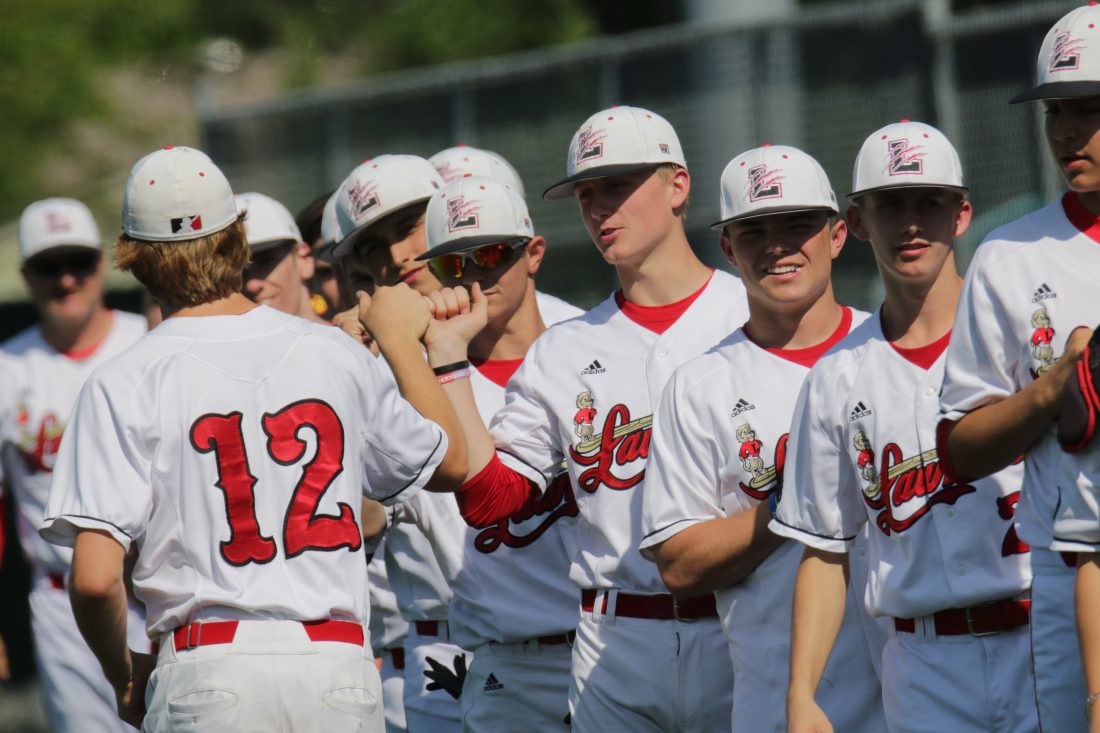 LHS junior Aidan Bannister (12) is greeted by his teammates during the introductions of the regional semifinal against Wichita North, May 16, 2019 at LHS.

As lopsided as the first two innings were, Lawrence and Washburn Rural spent the next four frames in a defensive deadlock. Hank Dobson took the mound in relief for Miller in the sixth frame, getting the Lions out of a jam with an inning-ending double play.

With the Lions still within a run, down 7-6, Dobson reached first safely on a fielder’s choice to send home Karson Green to tie the game.

“It was probably one of the most fun games I’ve ever been a part of,” Dobson said. “I worked it to full, and I just tried to hit the ball and put the ball in play. Hardest 90 (feet) I’ve ever ran to get to first base.”

Dobson surrendered a leadoff triple to start the seventh followed by a wild pitch to the next batter, and the Lions were unable to answer in the final inning despite putting two runners on base.

Neal and Vazquez, both underclassmen, finish the series 5-for-8 with RBIs between them.