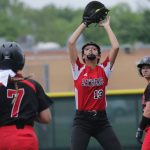 LHS senior Abby Monroe snags a fly ball during a game against Shawnee Mission North, May 7, 2019 at LHS.

On senior night, the Lawrence softball team gave up an early lead to fall to Shawnee Mission North by a 10-7 margin Tuesday night at LHS. The Lions finished their regular season 3-17, including a 3-9 record in the Sunflower League.

“This has been a really good group of senior kids, they’re really good program kids,” LHS head coach Steve Seratte said. “When these guys came in the program four years ago, it was the biggest freshman class that Lawrence High had had in years. To have nine of them stick it all the way out, it’s a testament to them, the program and their desire to be here.”

Junior Karly Johnson opened up a Lawrence scoring run with a base-clearing triple in the first inning, scoring senior Abby Monroe and freshman Chayse Burghart. Johnson scored on the next at-bat with an RBI single from senior Angelina Harjo, and later in the inning, senior Victoria Droge hit an RBI single to send Harjo home.

Senior Kodi Tryon reached base on a fielder’s choice, as senior Jesse Cox scored on a passed ball that same at-bat.

After a trip through the order, the Lions went up 5-0 into the second frame, but quickly gave up two runs with Cox in the circle. Johnson and Kate Williams each extended the Lions lead with RBI singles, but Cox surrendered another three runs the next inning.

Harjo, a Haskell Indian Nations University signee, entered the circle in relief for Cox and proceeded to close out the game. Alexia Mahne went out to center field with the pitching change.

“(Angelina’s) fantastic, she didn’t pitch the last two years and she wasn’t planning on pitching, we asked her to step up and she did that,” Seratte said. “She just gives you everything she can and she always just says ‘what else do you need me to do, coach?'” 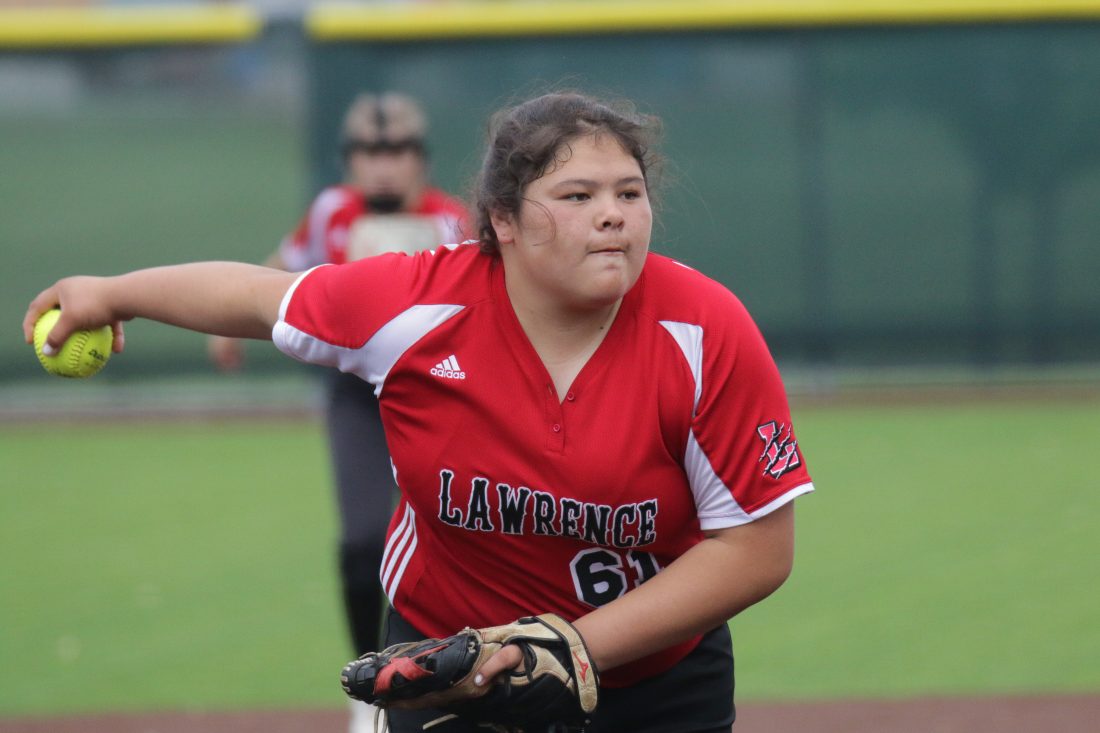 LHS senior Angelina Harjo sends a pitch during a game against Shawnee Mission North, May 7, 2019 at LHS.

Shawnee Mission North scored four runs in the fifth inning, and the Lions couldn’t respond at the plate. Lawrence finished with 13 hits as a team on the day, leaving nine on base.

Along with the rest of the seniors, Rylee Harris, Destini Howard, Kaylee McNish and Sammy Williams each were honored after the game and received a personalized bucket, which was signed by each of the seniors. 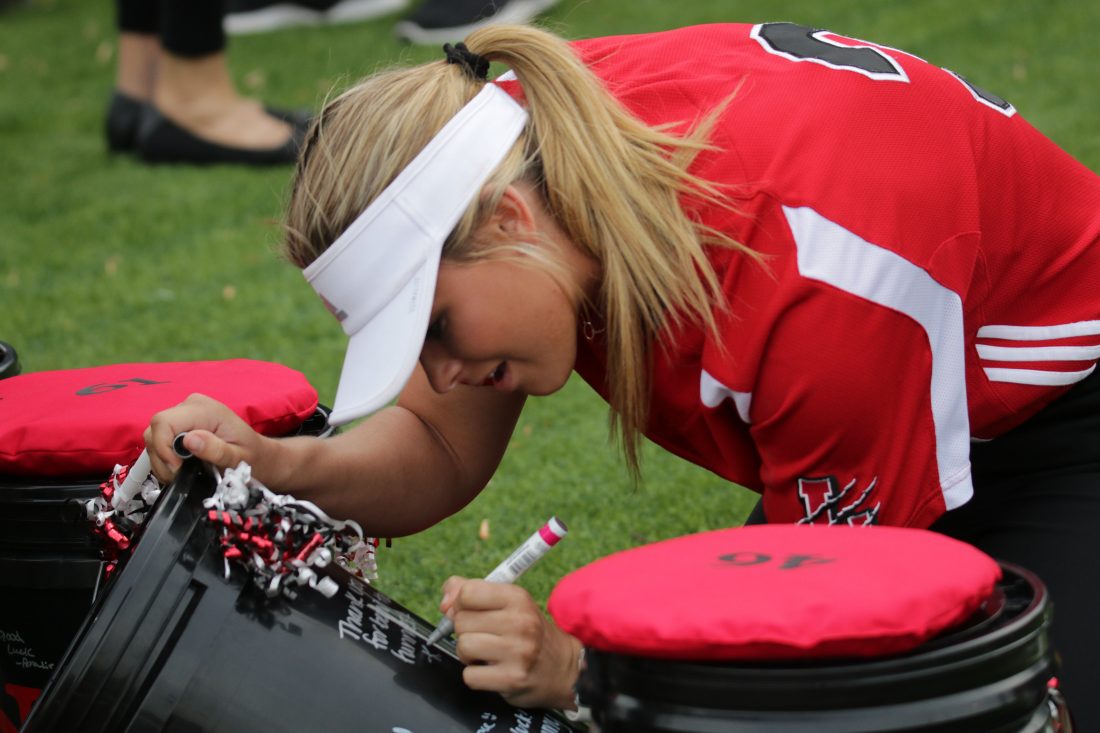 Lawrence senior pitcher Kaylee McNish writes a note on a bucket for a fellow senior after the Lions 10-7 loss to Shawnee Mission North, May 7, 2019 at LHS.

Seratte, who coached Free State’s junior varsity squad prior to coming to LHS, remembers seeing some of the same kids succeed like they did this season.

“They didn’t worry about whether they were playing or not, it was about what they could do for the program,” Seratte said. “We only had so much talent, but we could depend on them to do what they were able to do.”

Regional assignments will be announced on Wednesday. 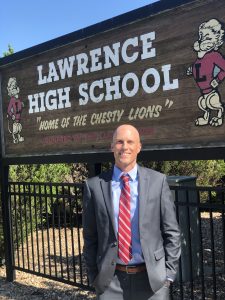