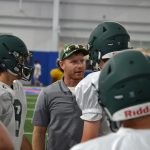 By then, it had been two full days of scrimmaging in the University of Kansas football team camp, which featured several high school football teams. FSHS quarterback Colter Maldonado dropped back three steps before exploding through the right side of the line. Maldonado could have made a move in open space, but chose to lower his shoulder and plow the opposing linebacker over.

And that play illustrated what the Firebirds showed the first-year head coach during the team’s first summer camp.

“I think we have some good football players and they are competitive,” Stewart said. “We have a lot of guys that are excited for football and want to be here. They are competing.”

As a result, the Firebirds were incorporating new concepts when they went up against talented teams during the two days of camp. Manhattan High, Mill Valley, Lutheran North and Topeka High were among the squads that FSHS had to face during a camp that went from 8 a.m. to 5 p.m. both days.

“I thought overall we did well. We competed well,” Stewart said. “We are not here to win the camp. We are here to get better and no one got hurt. That is what is important.”

Prior to the camp, Free State had four days last week to start learning a new system. Two of those days, Maldonado was not there due to a baseball tournament. Maldonado saw a bulk of the quarterback reps during KU’s camp, and figures to replace senior Malik Berry under center.

The plan is for Berry to mostly play defense this year for the Firebirds, as that will likely be what he does at the collegiate level. Berry is one of the many key players back for another season on a loaded Free State defense. Lovette Epelle, Tai Newhouse, Devon Buck and Frankie Calderon were all a force on that side of the ball this week.

On offense, running back Tyler Bowden made multiple plays out of the backfield. Receiver Marcus Preston, who transferred back to FSHS from Mill Valley, was Maldonado’s go-to target on deep passes as well. Turner Corcoran anchored an offensive line that brings back more experience.

“We like to compete,” Maldonado said. “We had to adjust to a new offense, and we are learning a lot of new plays. But we are figuring it out a little bit.”

On the flip side, the Lawrence High football team is feeling more comfortable this offseason.

Last year, LHS was the team implementing a new system under head coach Steve Rampy. Now in Rampy’s second year, with all of his key players another year older, the Lions appeared to be more competitive during the two-day camp at KU.

“I can tell that we have gotten so much better than where we were at the beginning of last year,” junior quarterback Tre’ Jackson said. “We have grown so much and this has been a good experience. I can’t wait for the whole summer and the fall as well.” 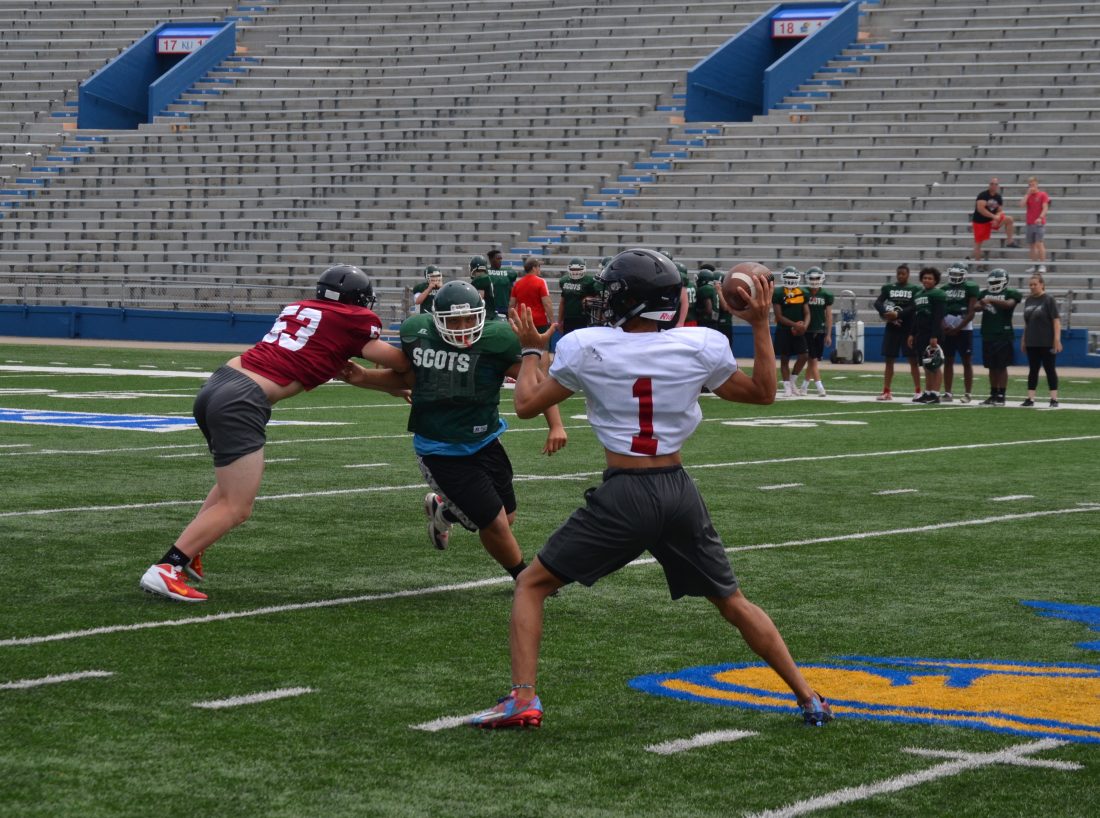 Jackson was named the starting quarterback by the third week last year and maintained the position the rest of the regular season. Jackson threw for 838 yards and five scores, adding another 341 yards and three touchdowns on the ground in six games.

Jackson Dooley then started the playoff game against Derby, as Jackson was sidelined with an injury. The two junior signal callers split snaps under center throughout the camp. They had plenty of support, too, as a number of skill position players are back for another season.

Junior running back Devin Neal broke multiple long runs against a number of different defenses. Neal led a talented backfield that features Austin Collins and Graham Hough. All three of them were responsible for highlight plays on the offensive end.

On the defensive side of the ball, Chris McGee and Avion Nelson posted key stops as well.

“Light years (ahead compared) to last year,” Rampy said. “A year in the system. They know us, we know them. It is a huge difference.”