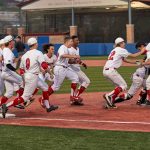 Going on a streak in a sport like baseball is no easy task.

That’s why it is important to acknowledge what the Lawrence High baseball is doing team right now and what Free State’s baseball team just did. The Lions have won eight games in a row, and haven’t lost since April 4.

FSHS, meanwhile, just saw its 14-game win streak come to an end with a 5-3 loss at Olathe East Thursday night.

“It is an anomaly there is no question about it, a 100-win team in Major League Baseball gets beat 62 times. That’s the nature of the game,” FSHS coach Mike Hill said. “For us, it is all about playing for the next game and setting a standard for ourselves.”

Sure, there is an element of luck to going on a streak like that. After all, many of these wins by both teams have come via the slimmest of margins.

But there is a central theme for both such streaks by the city baseball teams. Let’s first start with the team still boasting a win streak at the moment.

“It is very hard to do when you are playing in the Sunflower League,” LHS head coach Brad Stoll said. “I attest it to the chemistry of the kids, their work ethic and their resolve. They are a tough group of kids and they really believe in each other. The energy is just amazing.”

That’s essentially been the key to Lawrence’s recent run. It has taken a total-team effort, and players have been unfazed when trailing late.

LHS has trailed in all but two outings during its eight-game win streak. The Lions have mounted comebacks in the fifth inning or later on four different occasions, including a walk-off hit by senior Hank Dobson against Blue Valley North during the final day of the River City Festival.

Still, a number of players have been responsible for helping the Lions score 53 runs over the last eight contests. Sophomores Devin Neal and Carlos Vasquez have recorded 11 hits to lead the team in that category over this recent run.

Vasquez, meanwhile, leads the team with 10 RBIs over the last eight games. Caleb Mondi and Dobson both have seven, while Neal has netted six. Harris and Cole Mondi both have drove in five runs. Freshman Grant Cleavinger, junior Jake Miller, junior Aidan Bannister, senior Jackson Hewins, senior Chris Ritter and Dobson have all provided enough help as a pitching staff as well.

“You just have to get hot at the right time and we are getting hot,” Dobson said. 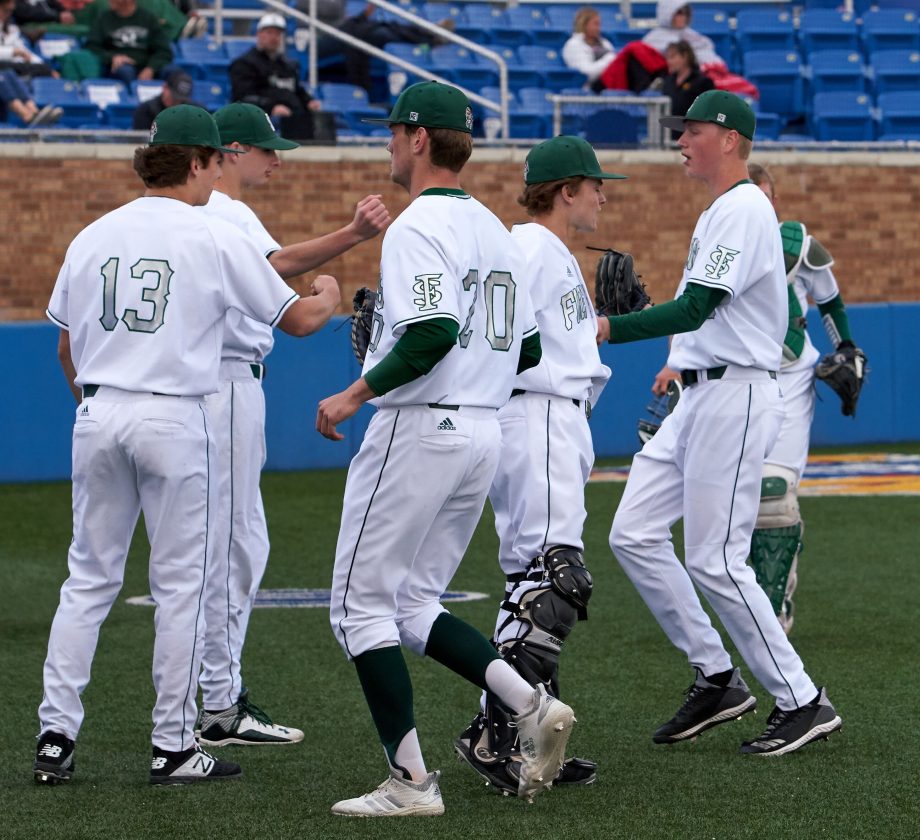 The Firebirds, on the other hand, relied on superb pitching to win 14 games in a row. They allowed two runs or fewer in all 14 contests.

During the win streak, FSHS (No. 1 in Class 6A) allowed a total of 13 runs as a team. Senior Ethan Bradford logged the most work during the stretch, appearing in nine of the team’s 14 games. He allowed three runs over 37 total frames.

“Last year, we were up-and-down during the first part of the season and the second half of the season we went 9-1,” Webb said. “You hear all the time that it is not how you start, it is how you finish. We feel like it is about how you start and finish. Every game, we are trying to score first.”

Free State has just three games left in the regular season, and will play host to Shawnee Mission South at 5:30 p.m. Tuesday. Lawrence has five games remaining, starting with a home game against Bishop Miege at 5:30 p.m. Monday.