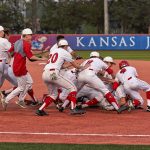 As soon as the ball left Hank Dobson’s bat, the Lawrence High faithful erupted with joy.

With the bases loaded in the bottom of the seventh, Dobson delivered for the Lions. The left-handed first baseman smacked a single to right, scoring two runs to put the final touches on Lawrence’s 4-3 win over Blue Valley North Saturday night at Hoglund Ballpark during the River City Festival.

Dobson rounded first base, punching the air with his left hand in celebration. Dobson then turned back toward the dugout, launching his helmet in the sky. Pandemonium ensued, as Dobson was soon at the bottom of a deserving dogpile by the Lawrence High baseball team.

The first person to reach Dobson was senior catcher Colby Stumma, who actually warned Dobson when he was on the on-deck circle about the dogpile.

“Colby told me if I walked it off, he was coming for me,” Dobson said. “It was great to celebrate with my team after a hard-fought win by everybody.”

But that brief exchange exemplified why the Lions (9-4) were confident, despite facing a one-run deficit entering the seventh after trailing all game. They have been in these situations before, and their late-game savviness has led to a six-game win streak.

“Funny enough, we are almost comfortable in these situations,” sophomore Devin Neal said. “We are always battling back it seems like. We all believe in each other all the time. This is just another result of that.”

Neal got things started with a hard-hit single to left to begin the bottom of the seventh. Senior Payton Cummins reached first on a fielder’s choice in the next at-bat, while Neal advanced to third base. One batter later, sophomore shortstop Carlos Vasquez loaded the bases up for Dobson with a walk.

Dobson watched the first two pitches miss the zone. He eventually worked the count full before driving one to left, allowing Neal and Cummins to score.

“What a tough bunch of kids, every single kid in that dugout did something special tonight to help us out,” LHS head coach Brad Stoll said. “That’s what high school athletics is all about, just celebrating championship plays.” 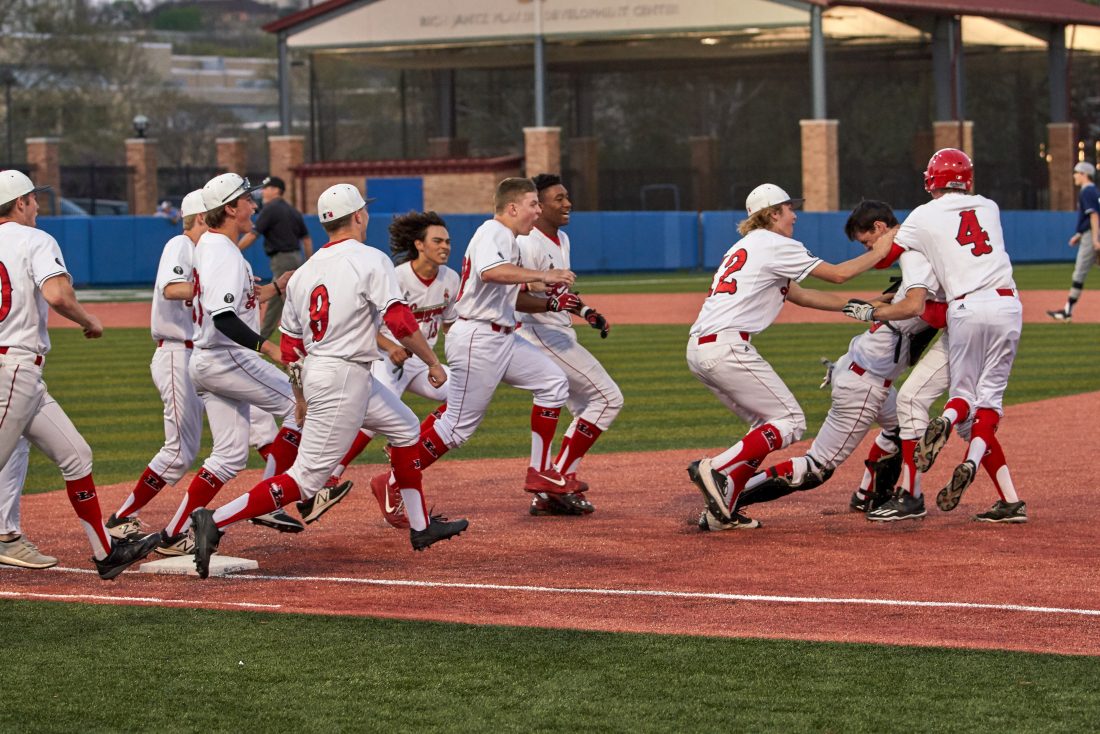 The composure in the seventh was remarkable, considering what had transpired during the first six innings.

Junior Aidan Bannister labored through four innings, allowing two runs off four hits to go along with six strikeouts and five walks in his start. Chris Ritter came on in relief over the next frames, allowing one unearned run before Dobson took over in the top of the seventh.

Lawrence’s offense, which recorded 11 runs in a run-rule win over Blue Valley West (No. 2 in 6A) the night before, was kept off the scoreboard until the bottom of the fifth.

The Lions had a chance to even the score in the sixth, but a few things didn’t go their way. Sophomore Jack Stoll was called for runner’s interference, which gifted the Mustangs two outs on one play. Cole Mondi’s ground-rule double later in the frame prevented senior Caleb Mondi from scoring the game-tying run from first. 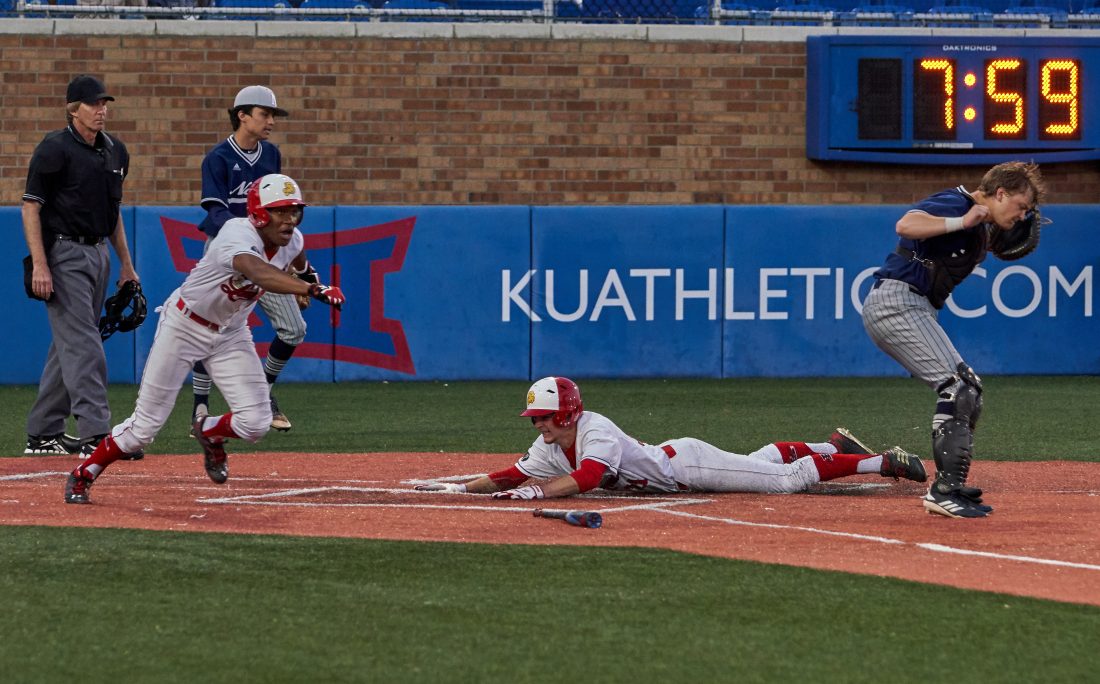 “We just talked about it in our pregame meeting, something bad is going to happen,” Stoll said. “I think, for the most part, they handled some of the adverse situations early.”

Despite all that, though, the Lions still found a way to get it done in the final frame to celebrate with their first dogpile of the season.

“It’s definitely not the last (dogpile) for us,” Neal said.

LHS will travel to Olathe South at 5 p.m. Tuesday.