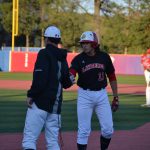 Bannister flicked the ball back to the mound, and the celebration ensued just in front of the LHS dugout Thursday night at Hoglund Ballpark. The Lions erased two deficits in an eventual 6-5 victory over Sioux Falls Lincoln (S.D.) during the 18th annual River City Festival.

“They don’t ever feel like they are out of the game. They are competing at a high level,” LHS head coach Brad Stoll said. “This team is very selfless; there are a lot of tremendous teammates. It is a tough bunch of kids that love to compete.”

To fully understand the significance of the win, though, it is important to reflect on a loss just 16 days earlier.

In a similar back-and-forth battle, Lawrence suffered a 6-5 loss at Olathe Northwest. The Lions clawed back to even the score on two occasions in a one-run loss. In fact, all four of Lawrence’s losses have came by a one-run margin.

Since then, however, LHS has dropped just one decision. The Lions (7-4) have actually won four games in a row and appear to be clicking. 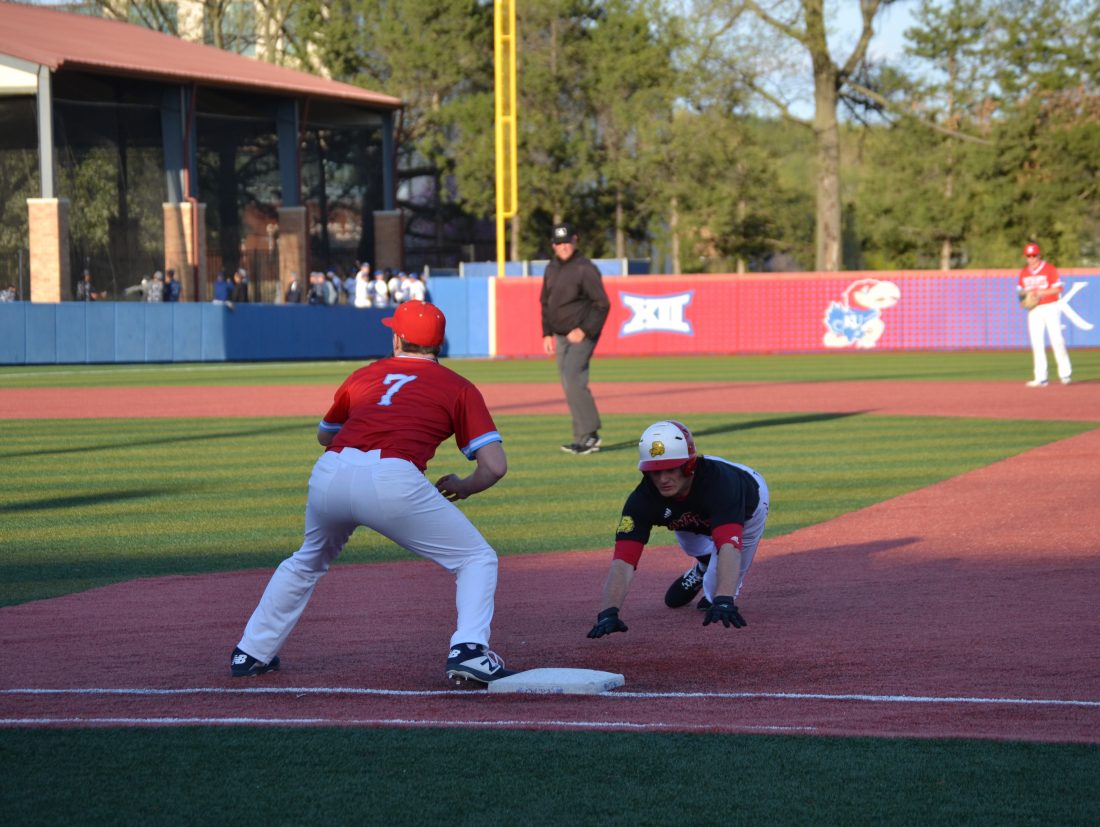 Lawrence High senior Caleb Mondi slides back to first to avoid a tag during a game against Sioux Falls Lincoln (SD) Thursday, April 18, 2019 at Hoglund Ballpark.

“It all starts with the team chemistry,” sophomore Devin Neal said. “We are all really close. We all believe in each other no matter who we are playing against.”

The key to Lawrence’s recent stretch has been not changing anything at all. The Lions have continued to play selflessly, and they don’t panic when they are down.

When Sioux Falls Lincoln scored the game’s first run in the top of the opening frame, LHS responded with two runs in the home half. Sophomore shortstop Carlos Vasquez plated senior Payton Cummins with a triple to right. Senior Preston Harris then drove in Vasquez on base knock to center.

“The thing about this team is we never broke,” sophomore Cole Mondi said. “That’s why we are able to get where we are now.”

The Patriots scored four runs over the next three innings to reclaim a 5-2 advantage. Neal notched an RBI double in the bottom of the fourth to trim the deficit back to three runs. 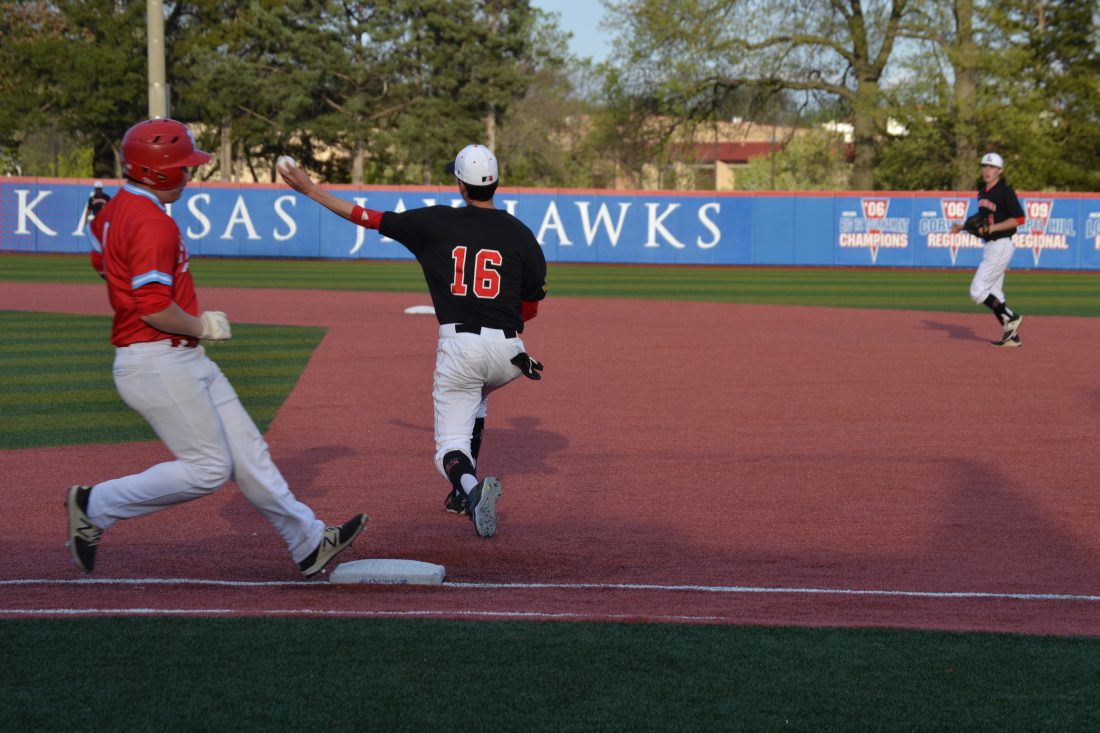 Behind a three-run effort in the fifth, Lawrence completed the come-from-behind win. Mondi evened things up with a double down the right-field line. Two batters later, Neal delivered the game-winning knock with a single to center.

“I’ll take 7-4 with this attitude and this chemistry,” Stoll said. “It is amazing what you can accomplish when nobody gets the credit, and these guys are a walking billboard for that. I love being around them. They are one of the toughest groups we have had in awhile.”