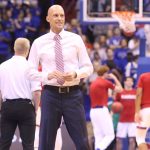 Nick Wood, who was an assistant for Washburn University this past year, watches warmups before an exhibition game against Kansas at Allen Fieldhouse on Nov. 1, 2018. Wood was named Free State's new girls basketball coach Monday night and will be introduced to the team Wednesday afternoon.

It would have taken the perfect opportunity for Nick Wood to leave Washburn University.

Wood had no intentions of leaving his role as an assistant for Brett Ballard. But a chance to return to the Lawrence community was one he couldn’t pass up. So Wood, who graduated from Lawrence High in 1996, decided to throw his name in the mix for the opening as the Free State’s girls basketball coach.

On Monday, Wood was officially named the program’s new coach to ensure a return to his hometown. Wood, who will also be a computer science teacher, will be introduced to the FSHS girls basketball team Wednesday afternoon.

“For me, the perfect situation was to be in Lawrence full time and getting back involved in the community that gave so much to me,” Wood said. “This is a very special place, and it has a special place in my heart for sure.”

Wood previously served as the head girls basketball coach at Lawrence High between 2009-14, where he helped seven different players earn college basketball scholarships during his tenure.

But Wood’s return to Lawrence didn’t happen overnight. The long road back to his stomping ground is the very thing that has prepared Wood for this opportunity.

For the 2018-19 season, Wood spent one year as an assistant for the Washburn men’s basketball team. The Ichabods won 24 games, which was their most since the 2011-12 season, before falling in the first round of the NCAA Central Regional.

It was Wood’s first collegiate coaching experience since spending two seasons as a graduate assistant at Kansas State, which occurred shortly after his playing career with Baker University ended.

“For the past nine years, I have been a head coach,” Wood said. “To be able to take a season and learn from a coach like Coach Ballard, it was an amazing learning experience. I’m really excited to take what I learned from him there and to put that in place so we can be really successful at Free State.” 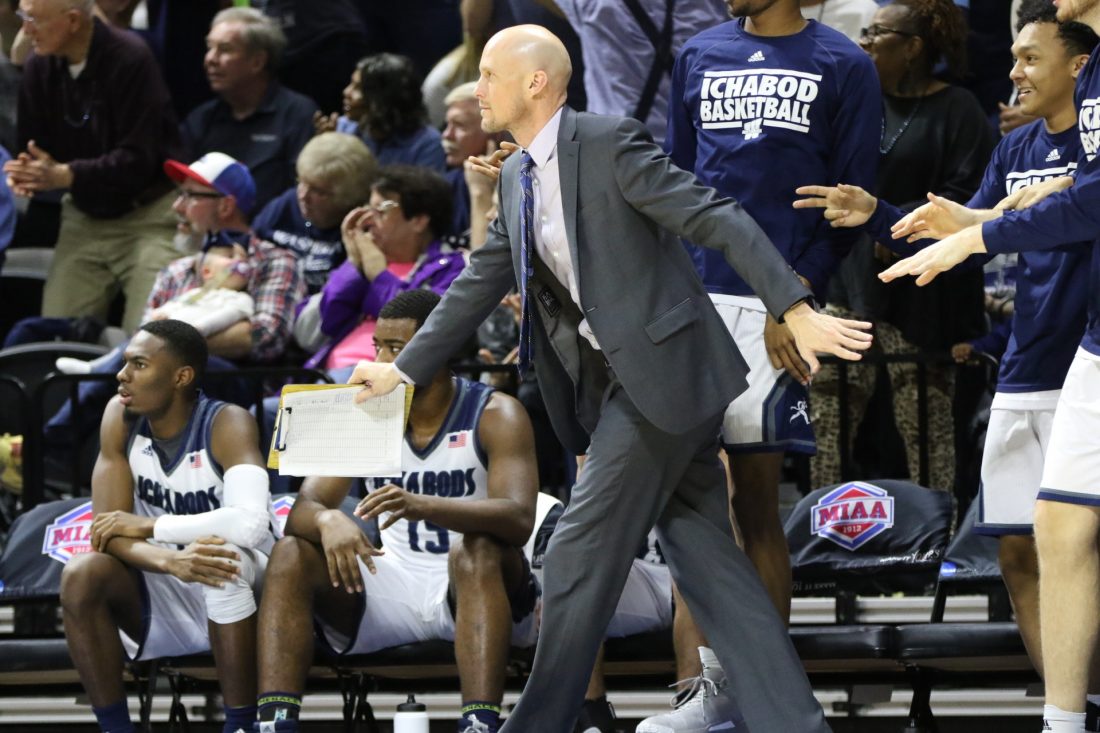 Nick Wood, who graduated from Lawrence High in 1996, was named Free State’s new girls basketball coach Monday night. Wood was an assistant for the Washburn University men’s basketball team this past season.

Prior to that, Wood served as the head boys and girls coach at the American International School of Muscat. He compiled a .743 winning percentage between the two teams from 2014-18 in Muscat, Oman.

“To be able to travel the world and see how basketball is played in different parts of the world was such an amazing experience for me,” Wood said.

Wood replaces Ted Juneau, who posted a 28-34 record in three seasons with the Firebirds. Free State brings back plenty of its production from last year’s team that went 10-11 before falling to Garden City in the first round of the 6A west playoffs.

The former Lion has plenty of accolades from his time with LHS as both a player and a coach. Wood led the Lions in scoring during his senior season of basketball, and he earned All-Sunflower League honors as a pitcher in baseball.

But, in a lot of ways, this is a fitting reunion for Wood. He actually began his high school coaching career at Free State, where served as a boys basketball assistant during the 2005-06 season.

“It is surreal,” Wood said. “For me it is fun to come full circle with it. I learned so much during that first year and started to learn a lot about Free State. To know that I’m going back there and leading one of the basketball programs is really, really exciting.”