Preps notebook: A look at how area teams did this past week 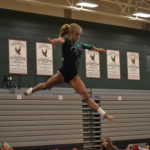 Free State's Talia Gay competes on the beam at the FSHS Invitational on Saturday. Gay was the top scorer in all three events.

Lawrence is home to a pair of talented gymnastics teams this year.

That has been evident through the early part of the season. Lawrence High won each of its first three meets, setting the tone for a strong year. Free State, meanwhile, claimed first over LHS at the FSHS Invitational on Saturday.

Due to the fact there were no bars, team scores weren’t officially posted. However, the Firebirds topped the Lions by less than a full point through three events.

“I told the girls that our goal was to just have fun,” head coach Michelle Seidner said. “I think that’s what we did. Overall, we had some success. Free State really stepped up.”

Free State sophomore Talia Gay had quite the day, notching the top score in all three events. In addition, Chaney Finkeldai notched third in beam and finished tied for sixth on floor.

“The top-three teams were in Thursday’s meet,” Seidner said. “Free State was only within a point from those top teams. Lawrence High might be getting all the glory right now, but Free State is not far behind.”

The Lions, who were without Josie Hickerson, had several athletes perform well in the meet, too. Ilaria Nichelatti took second on beam and sixth on floor. Paris Spotted Tail (second) and Eden Kingery (fifth) also placed for LHS on floor.

“Consistency has been the biggest key,” Seidner said. “We really focused on execution the first few meets. We have just been focusing on clean routines.”

Both teams return to action at LHS at 6 p.m. Thursday. 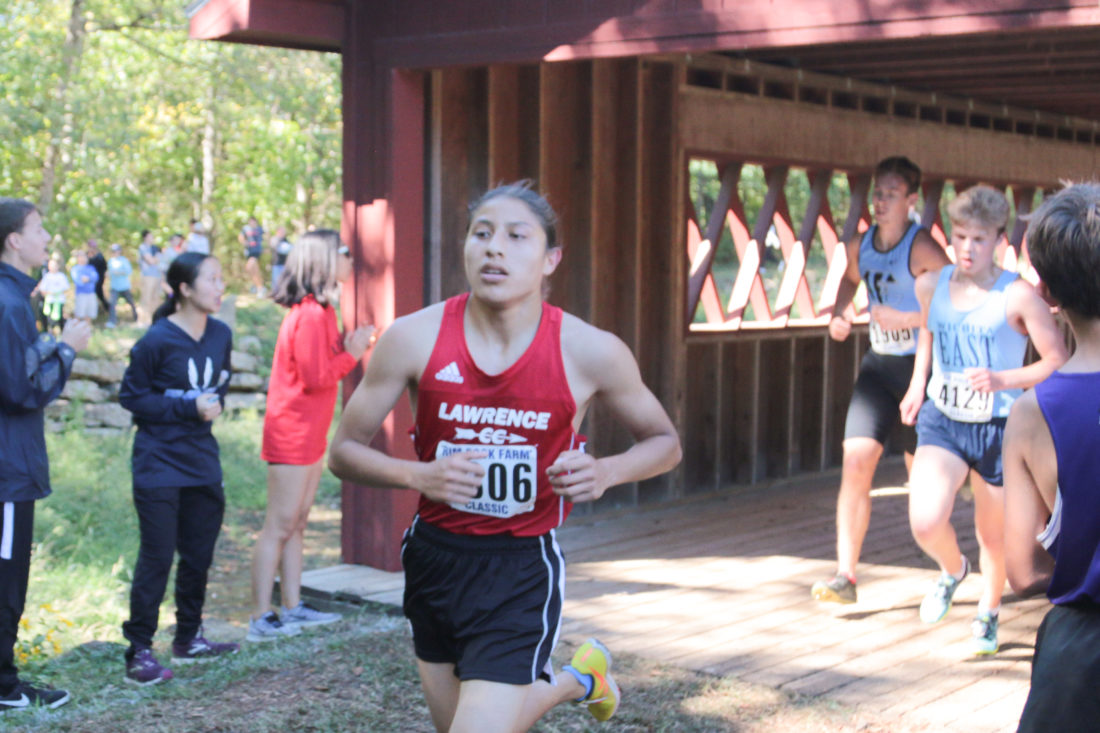 Several area runners performed well in a tough meet at Rim Rock Farm over the weekend. 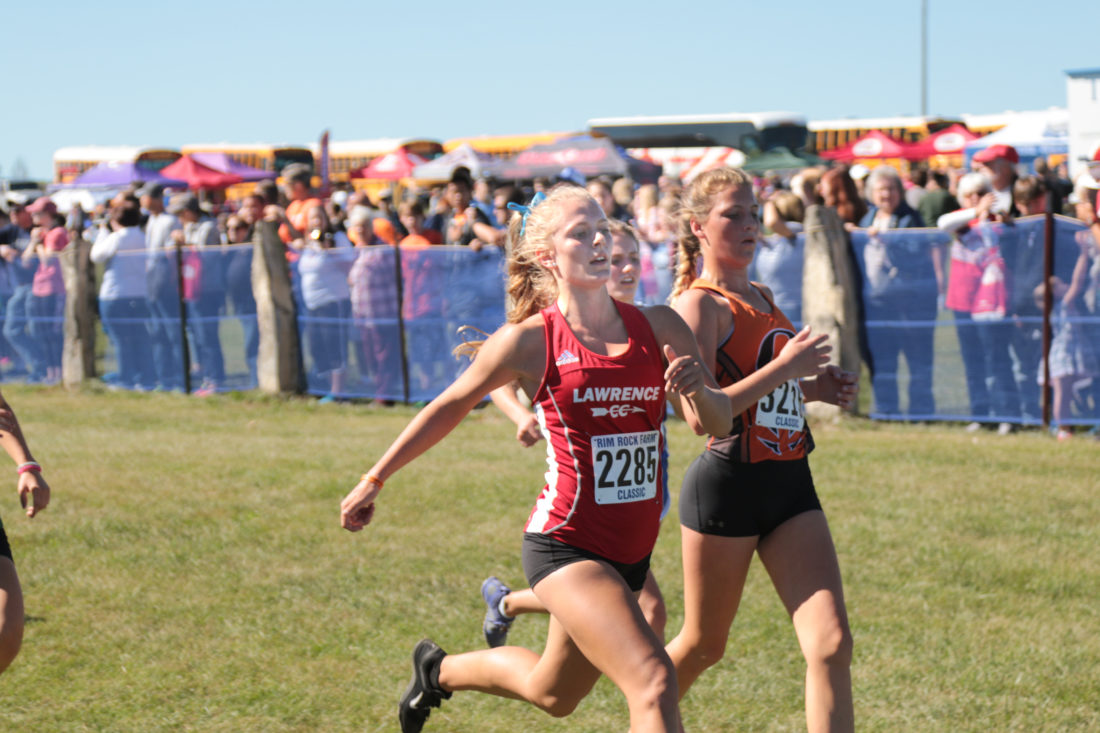 Henry Nelson of Bishop Seabury placed 30th with a time of 16:17, which was the second-best time of his career.

Both city tennis teams are clicking with postseason play around the corner.

Free State tied for first in a tournament at Emporia over the weekend, as Keegan VenPelt claimed first in the singles bracket. Emma Johnson registered ninth after dropping her first match. Gabby Gorman and Kate Piper claimed third, while Andie Veeder and Anna Peard posted fifth in the doubles bracket.

The Firebirds also won their home quadrangular at Rock Chalk Park and tallied fourth at the Plaza tournament this past week.

Lawrence, meanwhile, went 6-6 in its home quadrangular this week. Katie Logan posted a 2-1 record in that meet, while Laura Teska and Lana Chieu also went 2-1 on the doubles side. The Lions continue to show improvement on the court.

Both city teams will return to action at 3 p.m. Tuesday at LHS.

Bishop Seabury’s soccer team has been clicking on all cylinders this season.

Lawrence High (4-3) went 1-1 after a 4-1 loss to Shawnee Mission West on Tuesday and a 3-1 victory over Olathe North at home Thursday. 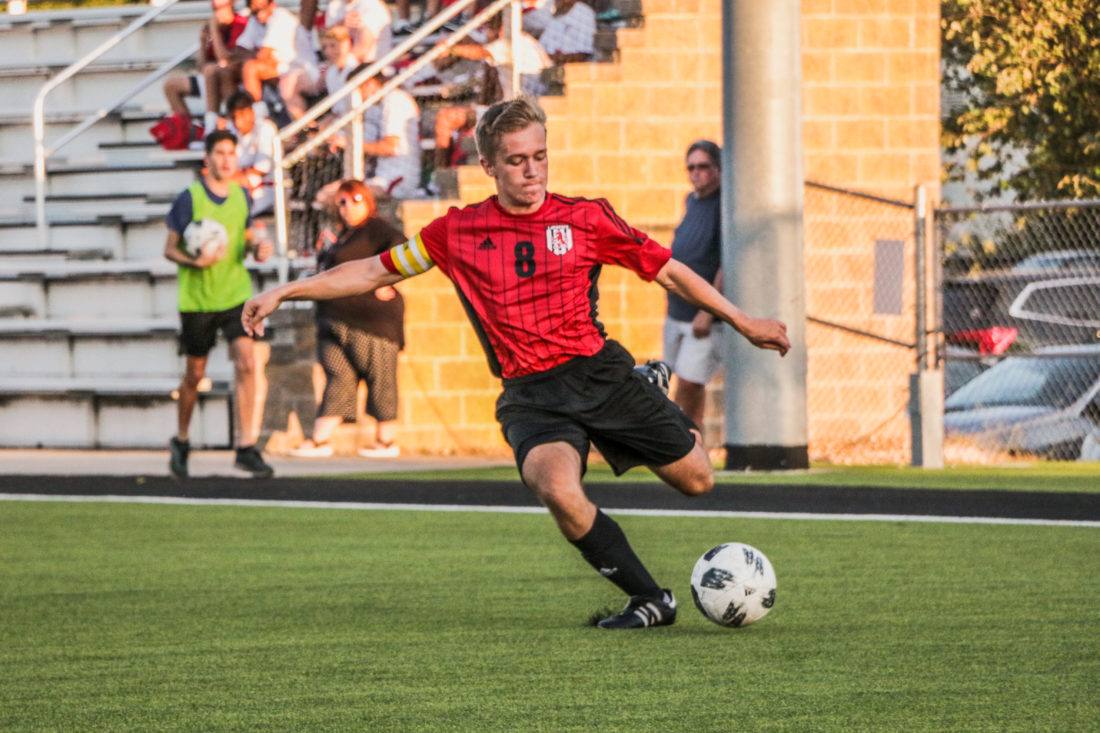 Lawrence senior Will Yanek send a ball into the box in a game against Olathe North on Sept. 20, 2018.

In the win, Mason Anderson, Kanak Masten and Nathan Stoddard were credited with the goals. Anderson also got two assists, while Masten notched one. Will Yanek scored the lone goal in the loss on an assist from Cole Shupert.

Free State won its only match of the week, notching a 1-0 victory over De Soto. Senior Rowan Laufer scored the team’s lone goal.

Free State’s volleyball team claimed third at the Seaman Invitational this past weekend.

The Firebirds claimed two-set wins over Shawnee Mission North, Manhattan, Silver Lake and Hayden in the tournament. Kaitlyn Hamilton was named to the all-tournament team for her strong showing on the court.

Lawrence improved to 12-1 on the season with wins over Olathe East, Shawnee Mission Northwest and Shawnee Mission West. The Lions, who are ranked No. 3 in Class 6A, have only dropped three total sets this season.

Bishop Seabury (18-9) managed to record wins over Olpe and Madison this week, but finished with a losing clip at the Olpe tournament. The Seahawks, who are the No. 5 team in Class 2A, also dropped a thrilling five-set match against Maranatha Christian Academy.