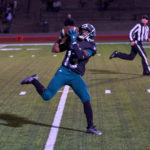 After scoring a touchdown against Sedalia Smith-Cotton (Mo.), Free State senior receiver LJ Mack went up to his coach to give credit for the play call.

The Firebirds (5-0) used some trickery during a 51-0 home win last week, and Mack was the biggest beneficiary. In the final minute of the first half, FSHS elected to run a double pass to take a 28-0 lead at the intermission.

“I knew once the safeties came down, it was wide open,” Mack said. “I knew it was going to work in a game. I knew other teams wouldn’t know it was coming.”

The play had never worked that well in practice, as the defense typically cheated when it was called.

But it worked to perfection last week.

Smith-Cotton pressed Free State’s receivers on the line, and Mack dusted his corner with his speed. Junior quarterback Malik Berry hit senior receiver Jaxson Webb on a screen. Once Mack got behind the safety, Webb hit Mack in stride in the end zone for a 51-yard touchdown connection.

“He’s got a burst of speed that’s even surprised us,” FSHS head coach Bob Lisher said. “It wasn’t a great time to call that play, but the way they were doing things, it turns out it was pretty good.”

That play exemplified how much Mack can change a game, even though Free State has a plethora of weapons on the offensive end.

Mack, who also is a sprinter for the track and field team, has game-changing speed and has demonstrated that on multiple occasions. For the season, Mack has scored three of Free State’s 32 offensive touchdowns.

“I love being a part of this offense,” Mack said. “We all play a big role. If it is blocking or catching passes, just doing anything that will help our offense get better and get into the end zone, I’m willing to do that.”

Mack has shown improvement from last year, which was his first season on the varsity team. He’s improved as a blocker and made strides as a route runner, both of which are necessary traits to succeed at the next level.

But his biggest asset is his leadership, which could be crucial down the stretch this season for the Firebirds.

“He’s done a great job in a leadership capacity,” Lisher said. “When he gets on the field, he’s got some speed and just makes us a better offensive football team.”

The Lawrence High offensive line has been in flux for much of the season.

Senior right tackle Bryce Tibke, who is one of six team captains, has been one of the few constants in that unit. Tibke and senior guard AJ Powell have started all five games on the right side during the Lions’ 1-4 start to the season.

“(Tibke) has played 10 varsity games, he knows what it is going on,” LHS head coach Steve Rampy said. “He’s also the biggest and most physical player. We need five guys just like him.” 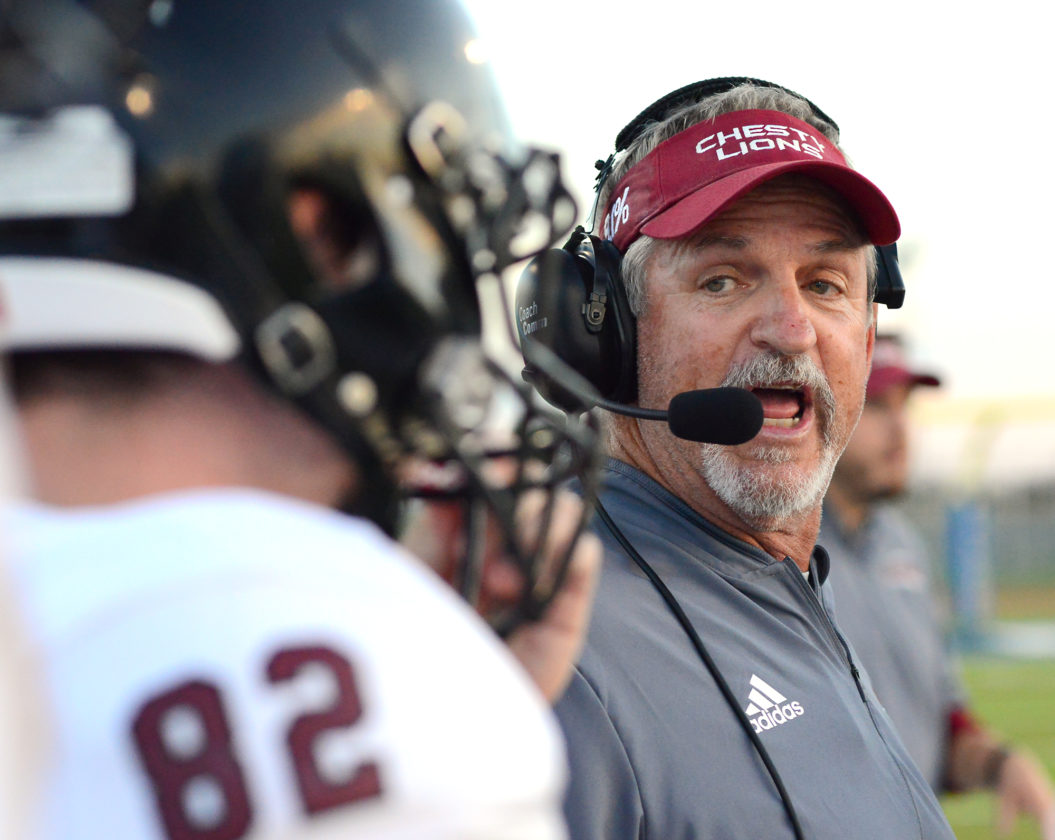 This week, LHS will start the same five offensive lineman as last week, which marks the first time all season that has happened.

Sophomore Porter Dannevik is the team’s starting center, while senior Brayden Liakos is at left guard after missing some time with a concussion. Sophomore Drew Meyer, meanwhile, is slated to start at left tackle.

Entering the season, Tibke was one of two returning starters on the offensive end along with senior receiver Bryson Cummins. As a result, Tibke has had to take on more of a leadership role for an inexperienced unit that has featured a number of different players.

“We are just dealing with guys getting hurt,” Tibke said. “Guys are playing out of position. They are really stepping up and playing where we need them to play.”

Tibke isn’t as vocal as most captains, but he serves as an example on the offensive line as someone willing to do whatever it takes for the team.

Last season, Tibke switched to right tackle after playing left tackle for much of his career. He was forced to adjust his footwork and handle different assignments. Yet Tibke made the transition look seamless as he contributed to Lawrence’s 5-5 clip last year.

“Last year was great to have those guys to help me out and get better,” Tibke said. “The mesh that they had, because they played so long together, was a good thing.”

Shawnee Mission South (3-2) is expected to throw some unfamiliar defensive fronts at LHS.

But Tibke, who also is a thrower for the track and field team, has demonstrated the ability to adapt. And he feels like he’s just hitting his stride with Powell on the right side, as they are doing better at calling out blitzes.

It’s one of the reasons why LHS is going to miss Tibke’s presence whenever the season does end, and why Rampy believes finding five guys like Tibke is essential in the offseason.

“I disputed a long time ago the saying that defense wins championships,” Rampy said. “Offensive line is the most important unit on a football team. Our No. 1 priority is to find out who our five offensive linemen are going to be.”

Baldwin will look to bounce back from last week’s 42-0 loss to Paola.

The Bulldogs (2-3) have been held to seven points or less in all three losses, while scoring a total of 63 points in the two wins. Bonner Springs (2-3) just claimed a 41-21 win over Ottawa last week. Baldwin beat Ottawa in the season opener by a 35-7 margin.

One of these teams will get in the win column for the first time this season.

Eudora has scored just 19 points during its 0-5 start to the season, while Ottawa has recorded a total of 47 points through five weeks. The Cardinals have yet to score more than once in a game this season, and are coming off a 34-0 defeat to Louisburg. Ottawa dropped a 41-21 decision at Bonner Springs last week.

Tonganoxie enters this road tilt on a three-game winning streak after dropping the first two contests of the season.

Senior running back Korbin Riedel will look to keep things rolling for the Chieftains (3-2) with his work in the ground game. Riedel has recorded 111 rushes for 655 yards and eight touchdowns, including a 251-yard performance during a 21-7 win over Piper last week. Riedel had recorded at least 30 carries in each of the last three games, scoring all eight of his touchdowns over that span.

Perry-Lecompton needed a second-half comeback to surge past Santa Fe Trail in a 28-6 win last week.

It marked the lowest offensive output by the Kaws, who are ranked No. 5 in Class 3A via Kpreps. Perry-Lecompton (4-1) is averaging 45.4 points through the first five weeks of the season. Senior Dalton Kellum has notched 14 rushing touchdowns, accumulating 938 yards on 96 carries.

It was St. John’s first win since Nov. 3, 2015. The Eagles have won just one game thus far, and have been on the receiving end of four lopsided losses through the first five weeks of the season.