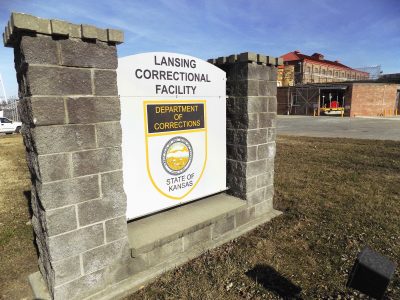 LANSING — A coronavirus outbreak that has sickened hundreds of people at the largest prison in Kansas has claimed the life of an employee — the first staff member at the facility to be killed by the virus, the state Corrections Department said Tuesday.

Three inmates from the Lansing Correctional Facility already had died of the virus before the employee succumbed Monday, department spokeswoman Rebecca Witte said.

She provided no details, but relatives identified the man as 61-year-old George “Bernie” Robare, a former Marine and longtime Corrections Department guard.

His wife, Susan Robare, said she worried that he wouldn’t be able to fight off the virus when he tested positive last month because he had survived leukemia and a disease that caused him to have his esophagus removed, The Kansas City Star reports.

“I think because his body’s been through so much, I just felt it,” she said.

Everyone at Lansing is being tested. So far, 88 staff members and 694 inmates have tested positive. Of the inmates who have the virus, 86% of them had no symptoms. The prison housed about 1,710 inmates as of Monday. The infected are have been separated from those who aren’t.

Testing capacity in Kansas, which at one point ranked last in the U.S. per capita, has increased to the point that the state now has “abundant” supplies to test anyone with COVID-19 symptoms, said Dr. Lee Norman, the state health department’s director.

As of Monday, the state, which has a population of about 2.9 million, had tested just over 54,000 people for the virus. Norman said the state needs to hit a testing rate of 2% of all residents to reach a comfortable benchmark for epidemiological modeling. Kansas is getting close; it has tested 1.81% of residents.

Johns Hopkins University has reported 180 deaths and 7,200 cases in Kansas, although the actual number is thought to be higher in part because of the initial limits in testing.

The Kansas Legislature on Tuesday was beginning four days of meetings on tax, banking, liability and budget reforms to rebuild the pandemic-shattered economy, unprecedented job losses and an influx of billions of dollars in emergency aid.

House Speaker Ron Ryckman and Senate President Susan Wagle authorized GOP-led committees to craft a foundation for the Legislature’s scheduled one-day closeout of the annual session May 21. Lawmakers abruptly adjourned in mid-March amid the outbreak, The Topeka Capital-Journal reports.

“This legislative session is by no means finished,” Ryckman said. “There is no question that the legislature will respond to the needs of the people.”