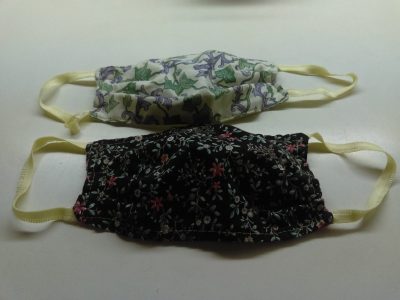 A month ago, the University of Kansas hospital had as few as nine of its beds occupied by COVID-19 patients. Now, it’s about twice that.

When the coronavirus-driven statewide shutdown began to go away in mid-May, clinicians in Kansas were confirming about 100 new infections a day. Now, that number has tripled.

The unsettling surge in Kansas — it mimics a frightening national upswing in cases — prompted Gov. Laura Kelly to issue an executive order this past week telling everybody to wear masks.

In fact, medical professionals say too many people seem to have become prematurely casual about a killer pandemic that’s striking more victims by the day.

The best defense, they contend, comes from taking the precautions that have made 2020 so odd. Things like obsessive hand-washing, wearing masks in public and keeping your distance from other people.

The governor’s mask order could change behavior simply by shifting public attitudes. But county officials hold the power to impose even tighter rules — or to ditch any mask mandate.

Before Kelly told everybody to cover their nose and mouth, officials in Wyandotte and Douglas counties had already imposed mask orders. Within hours of her executive order, county commissions in Johnson and Sedgwick counties debated whether to go along.

“My mask protects you,” Hunter Darling told the Johnson County Commission when it considered what to do on Thursday. “Your mask protects me. This is fact. Not using a mask during a global pandemic is unacceptable.”

The Johnson County officials decided to stick with the governor’s mask-up rules. The Sedgwick County leaders declined to mandate masks, but the City of Wichita did pass its own mask mandate on Friday.

Before Johnson County commissioners came to their decision, the county’s health officer said much of the latest rise in cases could have been avoided if more people heeded public health advice and just wore masks.

And now, cases are on the rise again. And not just in Johnson County.

Stormont Vail Hospital in Topeka has also seen a troubling increase in patients over the past two weeks. Doctors there are already preparing for an even bigger surge in hospitalizations in the coming weeks.

“It’s heartbreaking,” said Clifton Jones, an infectious disease physician at the hospital. “It hasn’t even happened yet and it’s already something that I, a lot of us are kind of obsessing about right now.”

One thing helping hospitals is that younger people make up a larger portion of the newest cases. But Kansas Department of Health and Environment Secretary Dr. Lee Norman said those younger people will eventually spread it to their parents and grandparents.

Norman also said he’s worried that even if counties don’t overturn Kelly’s mask mandate, it might not change real-world behavior.

“Ideally people would comply with this willingly,” Norman said. “We’ve seen, obviously, that that’s not the case. The best advice has not necessarily led to that.”

Part of the issue is that, for many, wearing a mask is a political statement. President Donald Trump often appears in close quarters at public events without wearing a mask, and he has said a mask would make him look unpresidential. He hosted an indoor political rally where most people didn’t wear masks.

But this past week, he said he would wear one if he was in a close group of people. The statement came the same day new cases of the coronavirus in the United States topped 50,000 in a single day for the first time.

“It behooves us as a community to not just urge and recommend, but require the use of face masks,” said Erin Sorrell, an immunologist and researcher at the Center for Global Health Science and Security at Georgetown University.

She said many other countries have acted nationally and seen good results. U.S. public health effectively plays out at the state and county levels. Normally, that works well. It lets officials address specific community issues. But in a global pandemic? Not as much. It results in a hodgepodge of rules and outsized infection rates.

She also said experts know what to do and have been telling the public that for months.

That starts with more testing and contact tracing. A new analysis from Harvard researchers for NPR shows that Kansas would need to increase its daily average testing to more than 12,500 tests a day if it hopes to reduce the size of the outbreak and keep it there.

But Kansas averages only 3,100 tests a day. The Harvard research indicates that’s not enough to keep the outbreak from just getting worse.

“This is something that’s going to move whether you want it to or not,” Sorrell said. “So we have to make decisions, really, as a nation to make sure that we’re stemming this outbreak.”