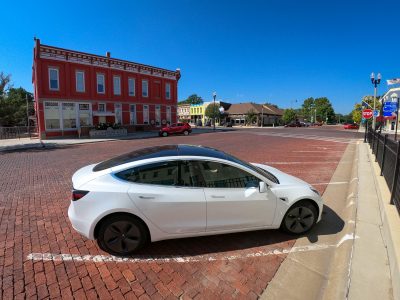 The City of Lindsborg's new Tesla Model 3 parked in front of City Hall.

LINDSBORG — The city-owned utility here wants to sell more electricity to the 3,500 people in town.

So it bought a $40,000 Tesla Model 3 sedan. It wants to show that getting around in an electric car can make sense.

By getting an electric vehicle in front of the public — letting them see it, touch it, and ride in it — Neece hopes residents can see the practicality and consider buying a plug-in car.

LED bulbs, low-energy-use refrigerators and washing machines all add to declining electricity use. That’s hurt many electric utilities. But selling more watts could come from getting more EVs on the road and putting in chargers. 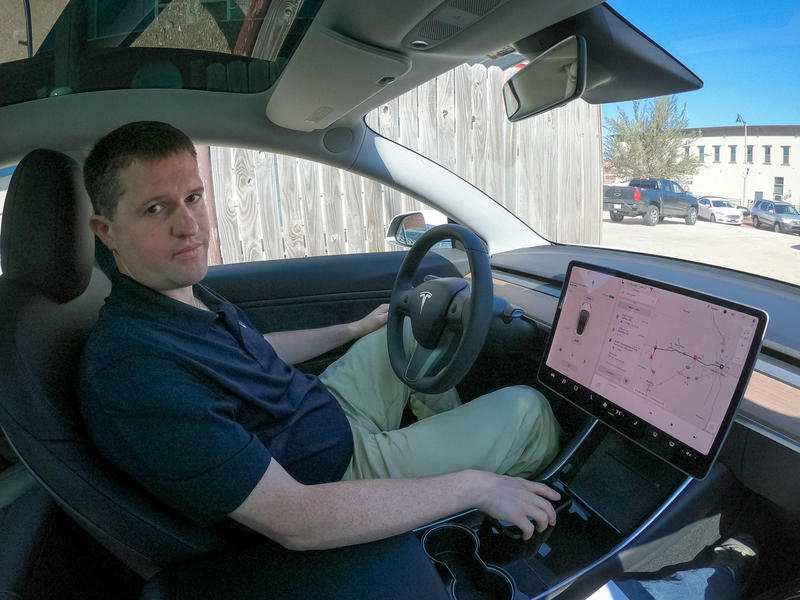 Lindsborg Assistant City Administrator Lucas Neece shows off the inside of the Tesla Model 3.

In the past decade, Evergy — the name for the recently merged Kansas City Power & Light and Westar Energy companies that’s now the state’s largest electric company — installed more than 1,000 charging stations in and around Kansas City. That area now has one of the highest concentrations of public chargers in the country.

“Every day we get calls from across the country from utilities and other city leaders trying to figure out how they can get to where our states are,” said Jeff Beeson, product marketing manager at Evergy.

All that growth has caught the eye of some in the oil and gas industry. In KCP&L’s latest rate case before Kansas regulators, the American Fuel and Petrochemical Manufacturers filed arguments against letting the electric utility pass on some of the cost of building a charging network to household customers.

“It just doesn’t make sense to us for retirees, for example, who maybe don’t drive a car at all to be paying higher rates in order to fund electric vehicle charging stations,” Derrick Morgan, AFPM’s vice president for regulatory affairs said.

Instead, he said that the market should dictate where charging stations go, just like for gas stations. Morgan argues that monopoly utilities such as KCP&L and Westar shouldn’t be allowed to use captive household ratepayers to subsidize a new industry. 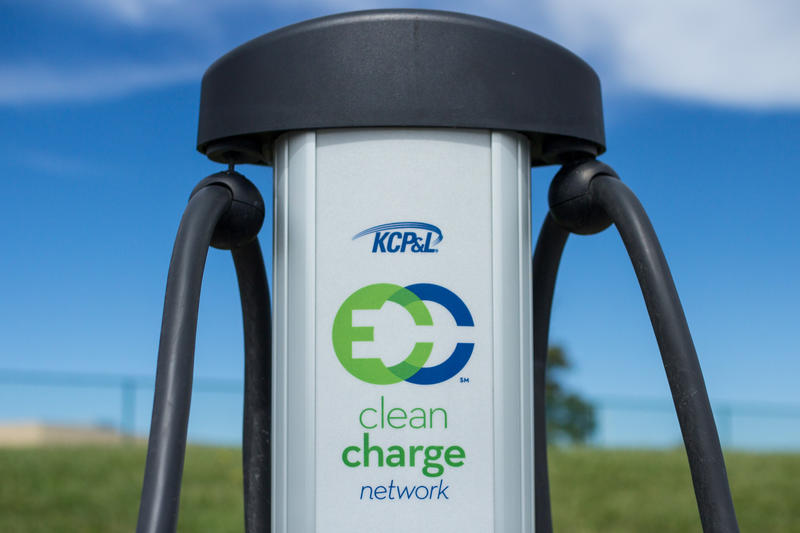 One of KCP&L’s more than 1,000 public chargers. This one is in Olathe, Kansas.

In Kansas, that’s still the case. EV infrastructure Investments made by the companies are not recovered by ratepayers — yet. In KCP&L’s latest rate case, state regulators decided against letting the utility add the cost of the charging network to customers’ bills. But the regulators said it’s still a possibility in future cases.

Tami Alexander is the program coordinator for the Central Kansas Clean Cities program. It’s a nonprofit that wants to wean the state’s transportation system off petroleum. She thinks the electric vehicle infrastructure outside the Kansas City area isn’t good enough yet to make purchasing an electric vehicle a great idea.

While there are a few Level 2 chargers scattered around the state that can charge your vehicle in four to five hours, Alexander contends that what the state really needs is a network of high-voltage fast chargers. They can fully charge most electric vehicles in as little as 20 minutes. Kansas has a few along Interstates 70 and 35, but most are spaced farther than 100 miles apart. That’s farther than most electric vehicles can travel on the freeway.

Getting more of those chargers means that a city or an electric utility must spend its own money. And it won’t be cheap.

“They’re not something you put in to make a ton of money,” Alexander said. “Maybe a Level 2 you could probably make some money on because they’re pretty inexpensive to put in, but not a DC fast charger.”

There are more than 24,000 gas pumps in Kansas. Only a fraction of those might ever be replaced by DC fast chargers, but if you did replace them all, it would cost more than a billion dollars.

Kansas has some financial help for building chargers. As part of a settlement with Volkswagen over diesel vehicle emissions cheating, the state has a little more than $2 million available to help build EV infrastructure.

At as much as $50 thousand dollars a pop for a new fast charger, the settlement money will go quickly.

Alexander has organized a group of cities and electric utilities to help come up with a plan on how to best spend that money. And what to do about rural Kansas is a major consideration. 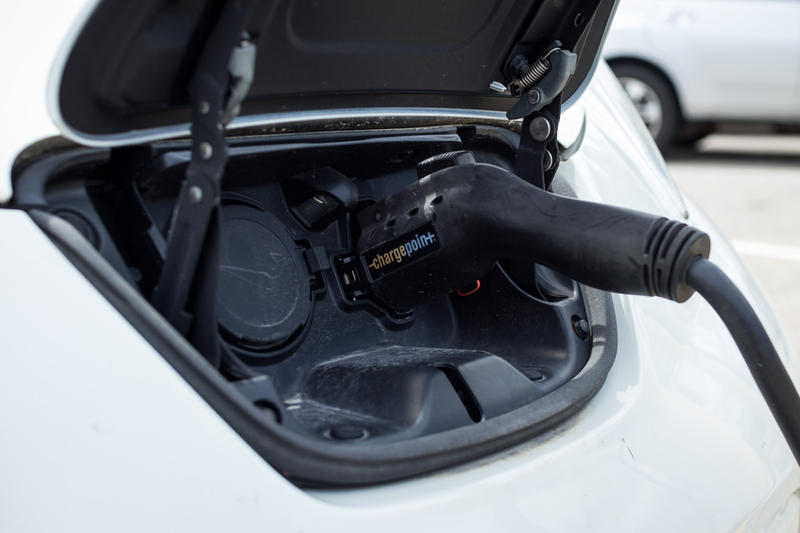 A Nissan Leaf plugged into one of KCP&L’s Level 2 charging stations in Olathe, Kansas.

She expects gas-powered cars will be on the road for a long time. But electrical vehicle use is going to continue to rapidly increase, especially as carmakers introduce more models, with greater range, in cities and states with increasing infrastructure.

Like with all new technology, sometimes people just have to get accustomed to the idea. Alexander said electric cars are right on the edge of a breakthrough and are no longer just something for early adopters and tech nerds.

“When iPhones first came out, people were like, ‘I ain’t doing that, I like my flip phone. I’m staying with it,'” she said. “Now, hardly anybody doesn’t have a smartphone.”

Brian Grimmett reports on the environment, energy and natural resources for KMUW in Wichita and the Kansas News Service. You can follow him on Twitter @briangrimmett or email him at grimmett@kmuw.org. The Kansas News Service is a collaboration of KCUR, Kansas Public Radio, KMUW and High Plains Public Radio focused on the health and well-being of Kansans, their communities and civic life.