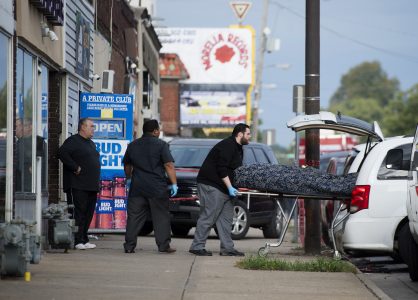 Two convicted felons facing criminal charges over a Kansas bar shooting that killed four people and wounded five others had previous brushes with the law that could have kept them behind bars had judges and other officials made different decisions, according to a review of court records by The Associated Press.

But observers say those decisions — to let one man out on bond pending trial and to let the other serve probation rather than return to prison — weren’t in themselves unusual and underscore the kinds of issues judges often must assess to determine which offenders pose a public danger.

One of the men, who remains on the lam, even spent two nights in a local jail within two weeks of the shooting early Sunday at the Tequila KC bar in a close-knit Kansas City, Kan., neighborhood.

Hugo Villanueva-Morales, 29, had been caught with synthetic marijuana during a stretch of more than four years in a state prison for robbery and had been released by the time he was sentenced for trafficking contraband. The judge could have sent him back to prison for nine years but instead put him on three years’ probation. Villanueva-Morales violated probation by testing positive for marijuana use in September and agreed to serve two days in jail, according to a review of court records by AP. 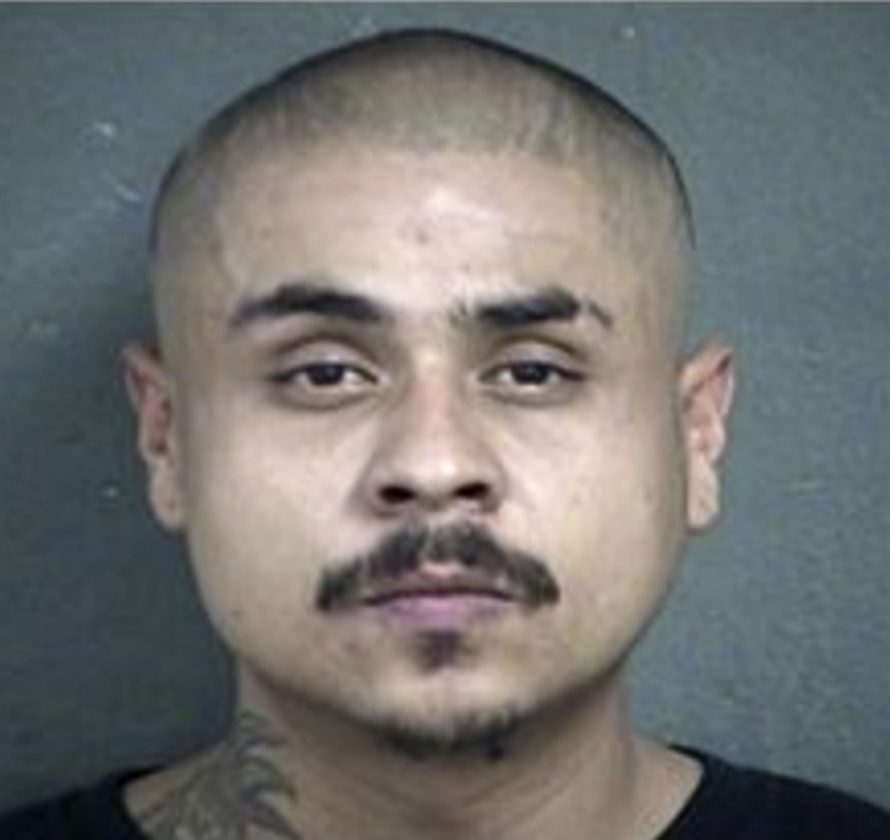 Villanueva-Morales left the jail in neighboring Leavenworth County on Sept. 29, a week before police say he caused a disturbance at the bar and returned with 23-year-old Javier Alatorre to shoot it up.

Alatorre also had been released from jail in September across the state line in Jackson County, Missouri, where he still faces charges of fleeing from police in a stolen vehicle. A judge released him on his own recognizance after his attorney sought to have his bail lowered.

Probation is the most common result in Kansas for a conviction involving trafficking in prisons or jails, imposed nearly 66% of the time over the past three years, according to the Kansas Sentencing Commission. The charges Alatorre faced in Missouri were “run-of-the-mill felony cases,” according to Rodney Uphoff, a law professor for the University of Missouri’s flagship campus in Columbia.

“No one has a crystal ball,” Uphoff said. “No one can predict with 100% accuracy whether someone who is released will be safe or not.”

Both Villanueva-Morales and Alatorre now face four counts of first-degree murder in district court in Wyandotte County, where the bar is located. Authorities arrested Alatorre hours after the shooting at a Kansas City, Mo., home. He had his first court appearance on the murder charges Thursday and is due in court again Oct. 15. 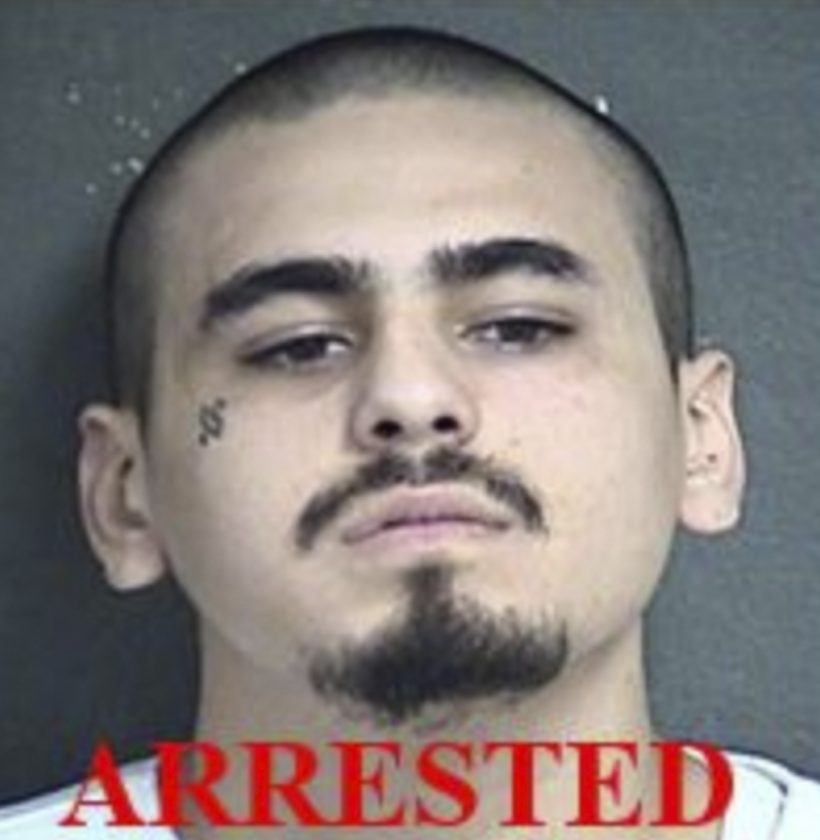 This undated photo provided by the Kansas City Kansas Police Department shows Javier Alatorre. Alatorre, one of the two men accused of opening fire inside a Kansas bar early Sunday, Oct. 6, 2019, was arrested Sunday afternoon while the other remained at large, police said. Alatorre and Hugo Villanueva-Morales were each charged with four counts of first-degree murder, police in Kansas City, Kansas, said in an early Monday, Oct. 7 release. (Kansas City Kansas Police Department via AP)

Authorities say people should presume Villanueva-Morales is armed and dangerous. Stymied investigators conceded Thursday they don’t know whether he has left the area and sought the public’s help. Leavenworth County District Judge Michael Gibbens also issued a warrant Thursday for his arrest for violating the terms of a three-year probation that Gibbens imposed in September 2018 in the contraband-trafficking case.

At the time of the bar shooting, Villanueva-Morales also was facing charges in an assault case in which prosecutors allege he fought with a sheriff’s deputy outside a Kansas City, Mo., bar in August. Charging documents say the scuffle happened after an unknown man was kicked out of the bar and returned later with Villanueva-Morales.

Leavenworth County Attorney Todd Thompson filed a request this week to have Villanueva-Morales’ probation revoked. In an affidavit, a community corrections official said he had failed to report the August incident to probation officers as required and that crossing the state line without permission, using a gun and going to a place where alcohol is served violated his probation.

In the summer of 2018, Todd’s office had argued for returning Villanueva-Morales to prison. Though online Kansas Department of Corrections records list 30 infractions inside prison walls, Villanueva-Morales still earned enough good-time credits to be released in January 2018, a little more than nine months early, according to the department.

But Villanueva-Morales’ attorney argued that he was caught in 2015 with only a small amount of synthetic marijuana for personal use and the crime would be a misdemeanor outside the walls. He had obtained a GED while in state custody, and Leavenworth County court records include a positive statement from an employer and a church’s baptismal certificate.

Though the complaint in the case said Villanueva-Morales was caught in April 2015 with the drug — hiding it in his rectum, Todd said — the charge wasn’t filed until February 2017.

Randy Bowman, a spokesman for the Kansas Department of Corrections, said he can’t say why it took so long to file charges against Villanueva-Morales and that investigators with the department filed an affidavit in the case on Aug. 17, 2015.

Gibbens departed from the state’s sentencing guidelines by setting a five-year sentence and then suspending it for three years’ probation. The judge also made news this year when he reduced the sentence of a convicted sex offender because he said the 13- and 14-year-old girls the man abused were actually the “aggressor.”

In his form detailing the sentence in the contraband case, Gibbens noted that Villanueva-Morales accepted responsibility.

On Wednesday, after The Kansas City Star reported on the case, Gibbens filed an updated version that said: “Defendant doing well on parole as evidenced by letter form supervising authority; the amount of contraband (synthetic marijuana) was small and was indicative of personal usage.”

A message left with a court administrator asking to speak to Gibbens wasn’t immediately returned.

Todd said that when an offender has been released, judges often look to see how they’re doing on probation or parole.

“We can’t foresee what someone’s going to do,” Todd. “Every time they come out of prison, we have to have the hope that they learned their lesson.”

And when Villanueva-Morales tested positive for marijuana on Sept. 9, a 2013 state law designed to keep nonviolent drug offenders from filling the state’s crowded prisons called for a two-day jail sentence. He acknowledged the violation and accepted the punishment without a court hearing, records show.

Meanwhile, Alatorre had been in and out of jail in Missouri in the months prior to the shooting. In Kansas, he was on parole for evading a roadblock and driving recklessly while attempting to evade capture, having served a little more than a month in prison for violating probation.

In the fleeing-from-police case, dating from 2018, Jackson County, Missouri, Judge Kevin Harrell reduced Alatorre’s bail and released him on his own recognizance last month over the objections of prosecutors.

Harrell provided no explanation for his decision in the order and a county court spokeswoman said rules bar judges from commenting on pending cases, but the defense attorney who argued for his release cited revamped bail rules that took effect in July. The rules stemmed from scrutiny of the Missouri court system in the wake of the 2014 deadly shooting of Michael Brown in Ferguson, Missouri.

After Brown was killed, complaints started surfacing about the way some municipal courts were handling pretrial releases or detention. The new rules mandate that pretrial release decisions must begin with nonmonetary conditions of release, and the courts may impose monetary conditions, such as a bond, only when necessary and only in an amount needed to ensure the defendant’s appearance in court or the public’s safety.

But J.R. Hobbs, a Kansas City, Missouri, defense attorney, said the rules still allow for bail and for defendants to be held without it.

“Pretrial release is a careful balance of what conditions will assure the appearance in court and the safety of the community,” Hobbs said.