Wichita — A Kansas county has agreed to pay $37,500 to a Wichita police officer who was bitten by a sheriff deputy’s K-9, years after the deputy received her own settlement for being bitten by a police department dog.

The Wichita Eagle reported that documents it obtained through an open records request show the K-9 bit police officer Nathan Toman in the groin, thigh and wrist during a November 2017 burglary call.

The dog’s handler, Sedgwick County Deputy Sarah Sinnett, successfully sued the city of Wichita for $67,000 after she was bitten by a Wichita police K-9 in 2014.

In the latest case, the county reached a settlement without a lawsuit being filed in court.

A letter sent by Toman’s law firm to the county says officers responded to a burglary call at a vacant home in Wichita. Officers searched the main level and basement but couldn’t find the suspect. They thought the suspect was barricaded in a crawl space, so they called into it. There was no reply.

Toman backed away from the crawl space when Sinnett looked in and saw the suspect, Sedgwick County spokewoman Kate Flavin wrote in an email. Sinnett commanded the suspect to come out.

When Toman went to reposition, he cut in front of the dog and the dog broke from its off-position and bit Toman.

“Deputies immediately called off the K-9,” Flavin wrote, “which responded to commands, but the whole sequence took place in a matter of seconds.” 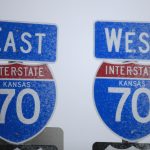 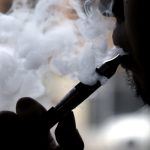