Wichita — The American Civil Liberties Union sued Thursday on behalf of two environmental activists who claim a lawyer with the state utilities regulating agency filed a baseless complaint against them as retaliation for their protests against injection wells.

Kirk’s complaint said the activists engaged in the unauthorized practice of law because they shared information, advice and sample filings with other concerned citizens protesting injection well applications pending before the commission.

“There was no legitimate basis for believing Hoedel or Yeargain were engaged in the unauthorized practice of law,” ACLU Legal Director Lauren Bonds said in a news release. “As an attorney, he really should’ve known that Cindy and Scott’s activism didn’t constitute a law practice. This was just a way to punish them for exercising their First Amendment rights and for trying to defend their homes.”

The lawsuit was filed solely against Kirk in his individual capacity. He could not be reached for comment.

The commission said it would not be appropriate to comment on the lawsuit because it had not yet had the opportunity to fully review it.

“However, it is important to note that it is not a practice or policy of the KCC to file complaints against protesters,” KCC spokeswoman Linda Berry said in an email.

She said Kirk left the agency a year ago and the commission did not learn about his complaint to the Kansas attorney general’s office until after he had left. His last day was Aug. 10, 2018. It is the only complaint of this type the agency is aware of, she said.

“It is part of the agency’s job as a regulator to be responsive to citizen protests and we take that responsibility seriously,” Berry said.

Hoedel became interested in the commission’s proceedings in 2017 after experiencing earthquakes at home caused by fracking, according to the lawsuit. She filed a number of protests with the commission to oppose injection well sites near her home in Mattfield Green, Kansas, and coordinated with fellow activists to file objections to other proposed sites across Kansas.

Yeargain, who lives on a small farm outside of Ottawa, Kansas, protested more than a dozen injection well applications since 2016. He also coordinated with other protesters challenging proposed well sites.

The lawsuit contends Kirk’s baseless complaint to the Kansas attorney general chilled their advocacy efforts and constitutes unlawful retaliation under the First Amendment. It also alleges his conduct violates their rights to free speech, association and to petition the government for redress. 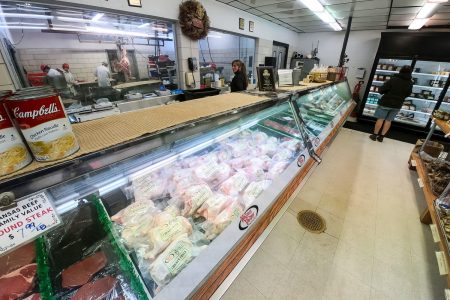