A state report says many Kansas families may not be following safe sleep practices meant to cut down the risk that infants could die in their sleep.

The first survey of its kind in the state found four in five new mothers said their babies sleep primarily on their backs.

Rachel Sisson, the director of the Bureau of Family Health at the Kansas Department of Health and Environment, wants to make it five out of five.

“It’s very clear that the safest place for a baby is in a crib on his or her back,” she said. “With no soft items or pillows or blankets or bedding.”

Babies can die of accidental suffocation or strangulation while sleeping, or of other less clear causes. The state groups these deaths together as sudden, unexpected infant deaths.

In recent years, nearly 20 percent of infant deaths in Kansas fell into this category, which includes sudden infant death syndrome, or SIDS.

Many factors appear to play into SIDS. But pediatricians have reached a broad consensus after studying those and other sleep-related deaths that certain sleep positions and bedding come with higher risks.

Here’s what the American Academy of Pediatrics recommends:

• Don’t lay your infant on his or her stomach or side to sleep. Lay your baby on his or her back, whether it’s nighttime or a daytime nap.

• Don’t let your baby sleep in car seats, strollers, swings or other seat-style carriers that don’t let him or her lie flat. Babies can end up sleeping in a position that cuts off their airway. If your infant falls asleep in one of these, move him or her as soon as possible to a firm and flat sleep surface such as a crib or bassinet. The surface should be firm enough that the infant doesn’t sink into it. Soft surfaces come with risks of suffocation. Sofas and armchairs are especially dangerous.

• No stuffed animals, no pillows, no bumper pads — not even loose sheets or blankets. They pose risks of suffocation or overheating. The AAP notes that many SIDS deaths involve bedding covering a baby’s face. Use sleep clothes to keep your baby warm instead of loose bedding.

• Don’t lay your infant to sleep in bed with you, because of similar risks of smothering and overheating. It is, however, good to keep his or her crib in your bedroom.

• Celia Llopis-Jepsen is a reporter for the Kansas News Service, a collaboration of KCUR, Kansas Public Radio, KMUW and High Plains Public Radio covering health, education and politics. You can reach her on Twitter @Celia_LJ.

Have an excessive medical bill? Experts share advice on what to do

Got a medical bill that seems too high? First step: Ask if there’s been a mistake. Next step: fight back. The ... 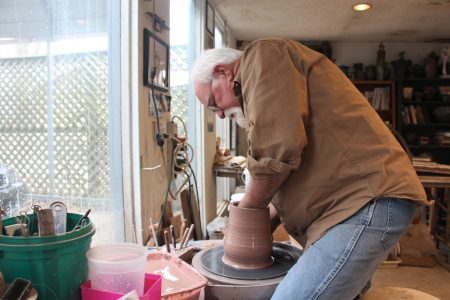 Wichita — The mayor of Kansas’ largest city is upset that his local county commissioners have eased coronavirus ...