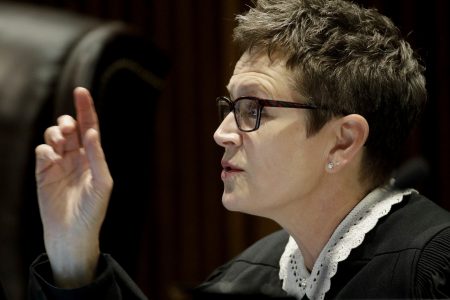 Beier, 61, said her retirement will be effective Sept. 18. She has served on the court since September 2003, after being appointed by former Gov. Kathleen Sebelius. Prior to that, she served on the Kansas Court of Appeals for more than three years.

“Twenty years and thousands of cases since my children helped me put on my robe for the first time, I will pack it away with pride,” Beier said in a statement. “This is possible because I can bear personal witness to the good faith and daily striving of our Kansas courts to be and remain fair and impartial guardians of the rule of law and the rights of all.”

Kelly has already appointed Evelyn Wilson, who joined the court in January. Her second appointment, K.J. Wall, has not been sworn in.

A nine-member Supreme Court Nominating Commission will choose three finalists to replace Beier, with Kelly making the final choice. State law does not require the Legislature to approve appointments to the Kansas Supreme Court.