Kansas state Sen. John Skubal, R-Overland Park, reviews a summary of a new GOP tax relief plan during a meeting of Republican senators at the Statehouse, Thursday, May 2, 2019, in Topeka, Kansas. Skubal was one of two Republicans to vote against the bill, along with the chamber's 11 Democrats. (AP Photo/John Hanna)

The Senate approved, on a 27-13 vote, a measure that is less than half the size of a tax relief bill that Kelly vetoed in March after describing it as fiscally irresponsible. Drafted by GOP negotiators for the House and Senate, it would save taxpayers roughly $90 million during the budget year beginning in July and about $240 million over three years. The House could vote on it as early as Friday to determine whether the bill goes to Kelly.

Kelly has urged legislators to wait until at least next year to pursue tax legislation, arguing that Kansas must be sure first that its finances are stable. However, Republican leaders made tax relief a top priority and contend the state is receiving a “windfall” that it doesn’t deserve because of the federal tax changes at the end of 2017.

The Senate’s vote came a day after the Kansas Department of Revenue reported that the state collected $81 million more in taxes than anticipated during April.

“How dare we realize in one month the money it takes to pay for this bill, knowing that it’s going to increase for many months to come, and not pass the savings on to Kansas businesses and Kansas individuals?” said Senate President Susan Wagle, a Wichita Republican.

Kelly framed the first, larger tax relief bill as an irresponsible return to a tax-cutting experiment under former Republican Gov. Sam Brownback that made Kansas nationally notorious because of the persistent budget woes that followed. Bipartisan legislative majorities repealed most of the Brownback tax cuts in 2017, and Kelly ran successfully against Brownback’s political legacy last year.

The governor said Thursday that the state has in recent years made “impulsive, poorly reviewed” tax changes and instead should do a comprehensive study of its tax system.

“Above all, I believe this discussion should be guided by a thoughtful, data-driven, big-picture vision for Kansas — not by a hasty attempt to achieve an immediate political victory,” Kelly said in a statement.

Wagle said supporters of the first tax bill, including the Kansas Chamber of Commerce, cut back on the potential cost of the state with the second bill to make it more palatable to Kelly.

But Senate Minority Leader Anthony Hensley, a Topeka Democrat, predicted, “This bill is destined for a veto.”

Like other states, Kansas faced revising its income tax code because it is tied to the federal tax code. The federal tax changes championed by President Donald Trump lowered rates but also included provisions that raised money for Kansas, in part by discouraging individual filers from claiming itemized deductions.

“This is clearly a tax increase if we don’t fix this,” said Sen. Rick Billinger, a Goodland Republican.

Like the earlier bill Kelly vetoed, the new measure would allow individuals to itemize on their state tax returns even if they do not itemize on their federal returns. The bill also provides relief to corporations, particularly large firms with operations outside the U.S., but it is less weighted toward those business taxpayers than the previous measure.

Unlike the earlier measure, the new plan does not attempt to apply the changes retroactively so that filers could receive refunds on what they paid this spring for 2018. 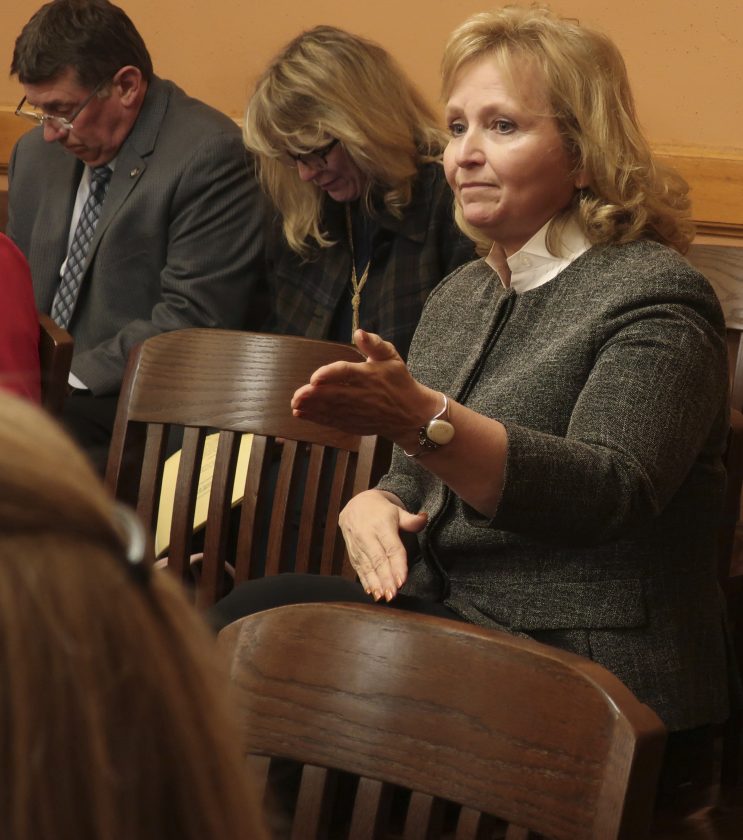 Kansas state Sen. Caryn Tyson, R-Parker, makes a point during a meeting of GOP senators on tax issues at the Statehouse Thursday, May 2, 2019, in Topeka, Kansas. The Republican-led Senate has approved an income tax relief bill that is smaller than one Democratic Gov. Laura Kelly vetoed previously. (AP Photo/John Hanna) 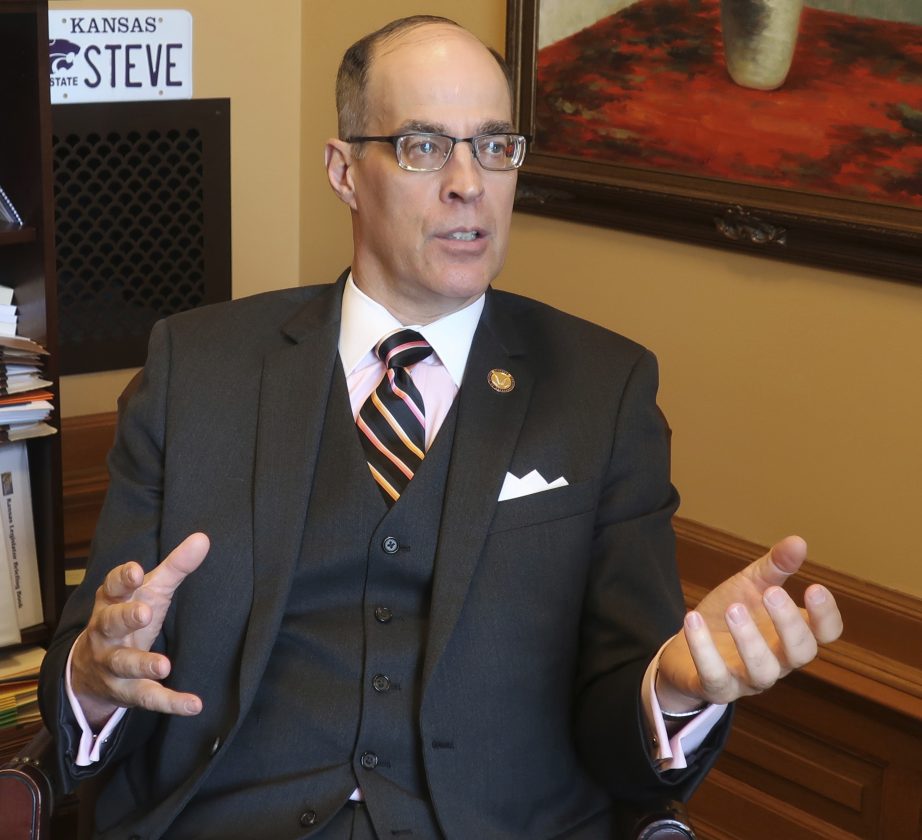