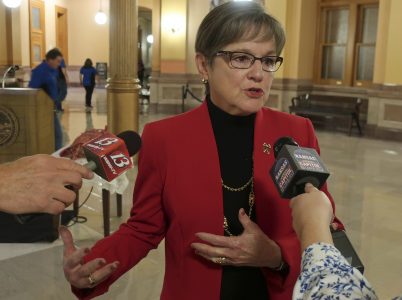 Kansas Gov. Laura Kelly answers questions from reporters on Tuesday, Dec. 3, 2019, at the Statehouse in Topeka. The Democratic governor and top Republicans in the GOP-controlled Legislature are headed toward a clash over proposals for cutting taxes. (AP Photo/John Hanna)

TOPEKA — Democratic Gov. Laura Kelly and Republican legislators are headed toward another confrontation over tax cuts because the GOP isn’t giving up on reducing income taxes and Kelly has other priorities.

Top Republicans in the GOP-controlled Legislature plan to push next year for tax reductions for individuals and businesses that are paying more in state income taxes because of changes in federal tax laws in 2017. Kelly vetoed two Republican tax reduction bills earlier this year, arguing that each would decimate the state budget.

The collision is the result of the 2018 election, in which voters elected both Kelly, who ran against former GOP Gov. Sam Brownback’s failed experiment in cutting income taxes, at the same time they elected a more conservative Legislature in tune with Republican thinking that the federal tax cuts are spurring growth.

Those conflicting results set up a clash that will play out in 2020 elections, with all 40 Senate and 125 House seats on the ballot and Senate President Susan Wagle, a Wichita Republican, running for the U.S. Senate. Legislators reconvene Jan. 13 for their annual session.

Kelly is wary of reducing state income taxes even after a more optimistic fiscal forecast last month brightened the state’s budget picture. A tax-study council she appointed also has proposed measures to reduce the state’s relatively high sales tax on groceries for low-income families and to hold down local property taxes.

“That, I think, really gives a lot of us caution going forward,” said Rep. Jim Gartner, of Topeka, the top Democrat on the House Taxation Committee. “It’s not to say we can’t do some things on tax-related issues, but I think we have to be selective.”

Many Republicans argue that income tax relief is a matter of fairness. Because the state’s tax code is tied to the federal one, Kansas saw a boost in revenues — without action by legislators — as individuals and businesses began paying more to the state.

A key change raised the standard federal income tax deduction, discouraging itemized deductions. Kansas doesn’t allow filers to itemize on their state returns if they don’t on their federal ones. Republicans have pushed to change that.

GOP lawmakers also feel vindicated by the new fiscal forecast, which boosted projections for tax collections for the current budget year and the next one by a total of $510 million. They argued that income tax relief wouldn’t undermine the budget. 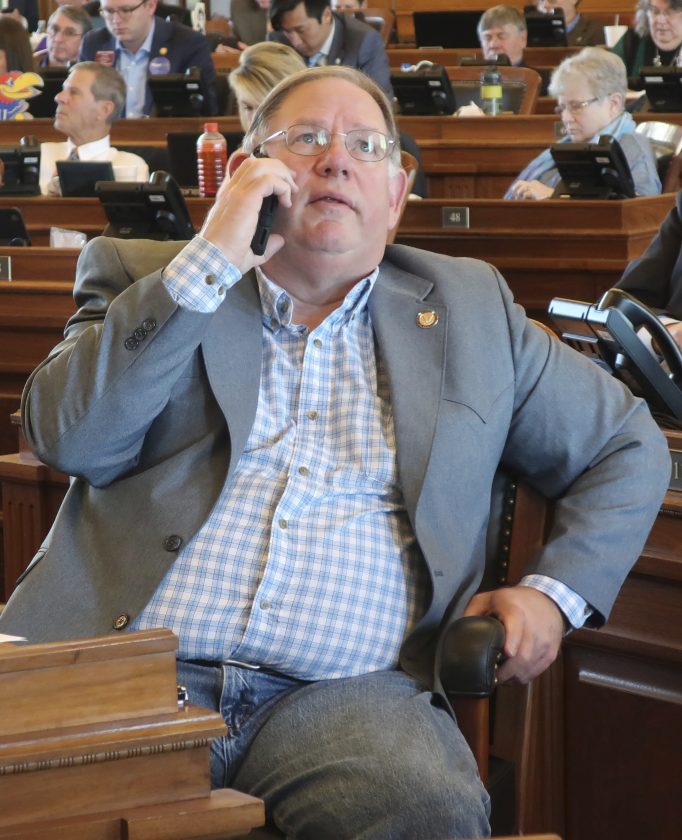 In this May 4, 2019, file photo, Kansas House Majority Leader Dan Hawkins, R-Wichita, watches one of the chamber’s electronic vote-tallying boards, in the Statehouse in Topeka.

“She just wants to build government,” added House Majority Leader Dan Hawkins, a Wichita Republican. “Hiring as many government people as we can — that’s not economic activity that’s sustainable.”

Budget woes prompted bipartisan legislative majorities to reverse most of the Brownback tax cuts in 2017. Kelly made her opposition to Brownback’s policies a cornerstone of her successful campaign for governor in 2018.

She also promised during the campaign to lower the state’s 6.5% sales tax on groceries, among the highest in the nation. Her tax-study council proposed giving low-income taxpayers an income tax credit for the sales tax on food they pay. Many Republicans would prefer to drop the tax rate for everyone.

It also proposed about $100 million a year in aid to local governments to help them hold down their property tax levies. Some Republicans are skeptical that local officials will decrease taxes, but Denning said the idea is likely to be popular. 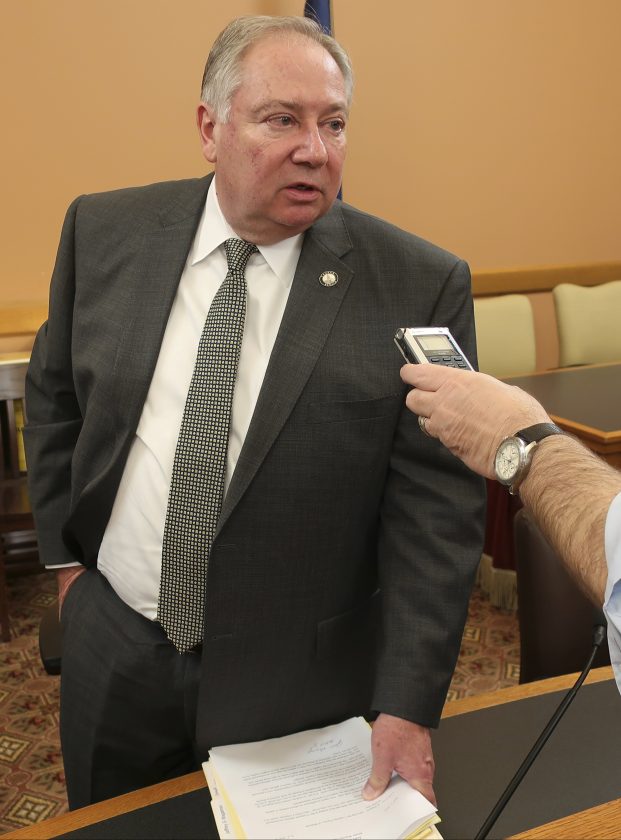 Kelly and her tax-study council focused on sales and property taxes because the state and local governments rely more heavily on them than income taxes to fund their operations and programs. Dropping sales and property taxes would bring the state closer to having each big revenue source providing roughly the same percentage of funding, and Kelly argues that such a balance historically “works for Kansas.”

“We’ve gotten completely out of whack,” she said last week, ahead of the council’s recommendations.

Midterm voters in 2018 had an overwhelmingly negative view of Brownback’s tax experiment. Seventy-seven percent said his tax policies were bad for Kansas, according to AP VoteCast, a survey of nearly 4,000 voters in Kansas, with a margin of sampling error of plus or minus 2 percentage points.

But Kansas voters had a more favorable view of the federal tax cuts. According to AP VoteCast, about half, 51%, said they approved of the 2017 federal tax law, while fewer than half, 43%, said they disapproved.

“It’s a fairness issue on individual taxpayers and it’s a competitive issue on our largest employers,” said Senate Vice President Jeff Longbine, an Emporia Republican who serves on his chamber’s tax committee.

Longbine and other Republicans also argue that problems associated with the Brownback tax experiment have been fixed.