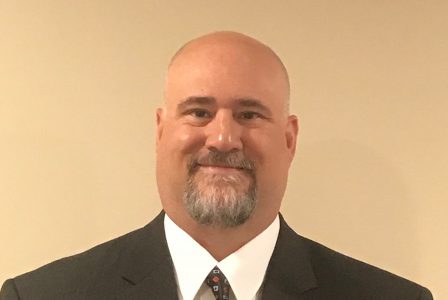 Lawrence High School’s athletic director will leave the position at the end of the school year to take a job in Johnson County.

LHS interim principal Cynthia Johnson announced in a Friday news release that John Hilton, who is also an assistant principal, will resign to take a similar position at Blue Valley Northwest High School. Hilton’s resignation will be effective June 30, according to the release.

Hilton, who joined LHS in 2018, said he was thankful to work with the school’s faculty and staff during his tenure.

“I had an amazing experience and developed professional and personal relationships that will last a lifetime,” Hilton said in the news release. “Lawrence High School is a special place, and I was lucky to have served the LHS community.”

Hilton previously served as an assistant principal, activities director, teacher and coach for 20 years in Olathe, Bonner Springs, and De Soto, as well as in Missouri and Colorado. He also worked as an assistant football coach for a year at Baker University.

LHS will immediately begin a search for a new athletic director, starting with qualified internal candidates, according to the release.