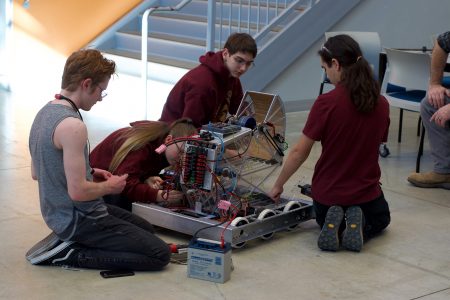 Members of Team STEAM work on their robot, known as "Yith." The robot is required to shoot foam balls through an eight-foot goal.

While high school students in Lawrence can often be caught up in the Lawrence High School and Free State High School rivalry, another team in town overcomes school district lines to compete for a common goal.

Team STEAM, a Lawrence student-led robotics team, has been operating for years and consists of Lawrence public, private and home-schooled students. Although Team STEAM is made up of more than 50 students from several different schools, the group shares a strong sense of unity.

During a recent team meeting at the Lawrence College and Career Center, the teamwork was on full display. Group members were working together on several different projects related to the team’s current robot. Some students were dabbling in code to help the robot function properly while others were fiddling with wood and metal pieces to build a new part for it.

Bishop Seabury Academy senior Malcolm Maude, a leader on the engineering side, said there is a lot that goes into the team, and every student has a function that is important to the team’s success.

“It’s hard to get that many people working on one common objective,” Maude said. “We are all working on the exact same robot. It’s a massive team effort.”

Although the naming of the team occurred well before their time, Maude said the team believes it’s an acronym for science, technology, engineering, art and math. The name also led to the team members adopting steampunk imagery, a type of aesthetic that imagines technology from the early industrial period in a steam-powered design.

Maude said having the A attached to the well-known abbreviation STEM is important. While many may see a robotics team and assume all of the team members are future engineers, there are other aspects to the team’s success outside of building and designing robots, they said. 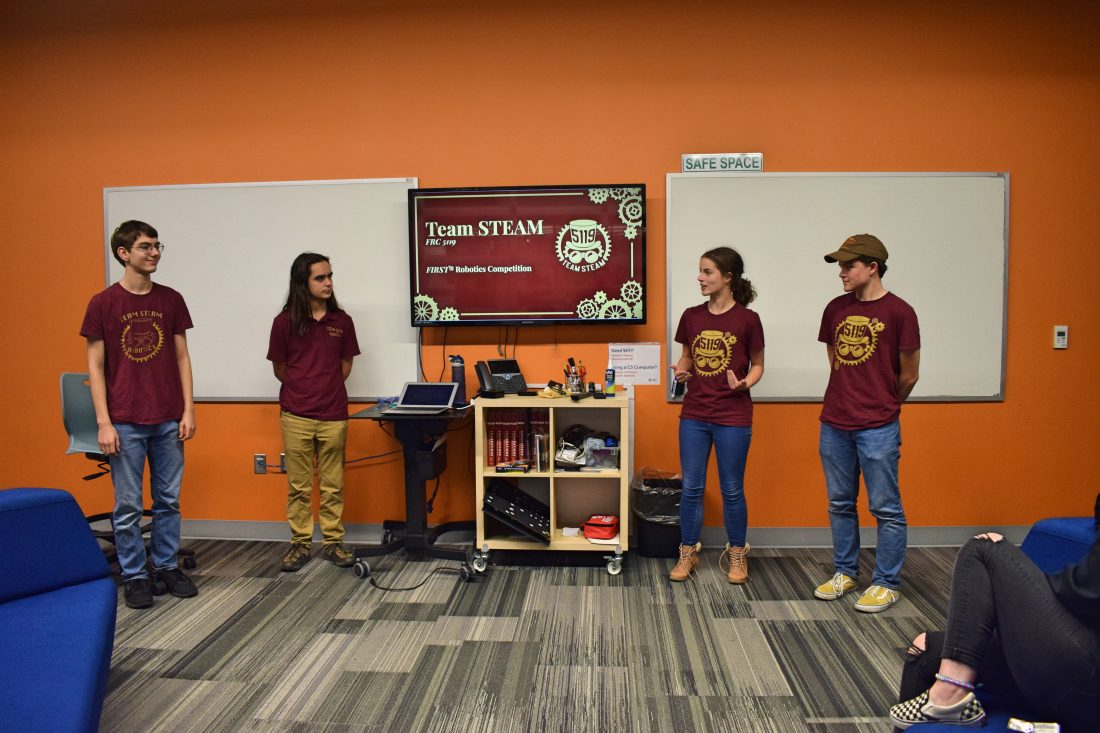 That’s where the team’s creative and marketing subteams comes in.

Weeks, a leader on the marketing subteam, explained her department has a responsibility to present the team’s work to prospective donors to keep the program running. As noted on the team’s shirts, many local companies have sponsored the team, several of which are from the engineering industry.

The marketing team also participates in several outreach events. That can include working with elementary students to show the interesting work the team is doing to promote the benefits of the STEAM fields. Additionally, Weeks said competitions can often test team’s on their marketing skills as well as their engineering skills. 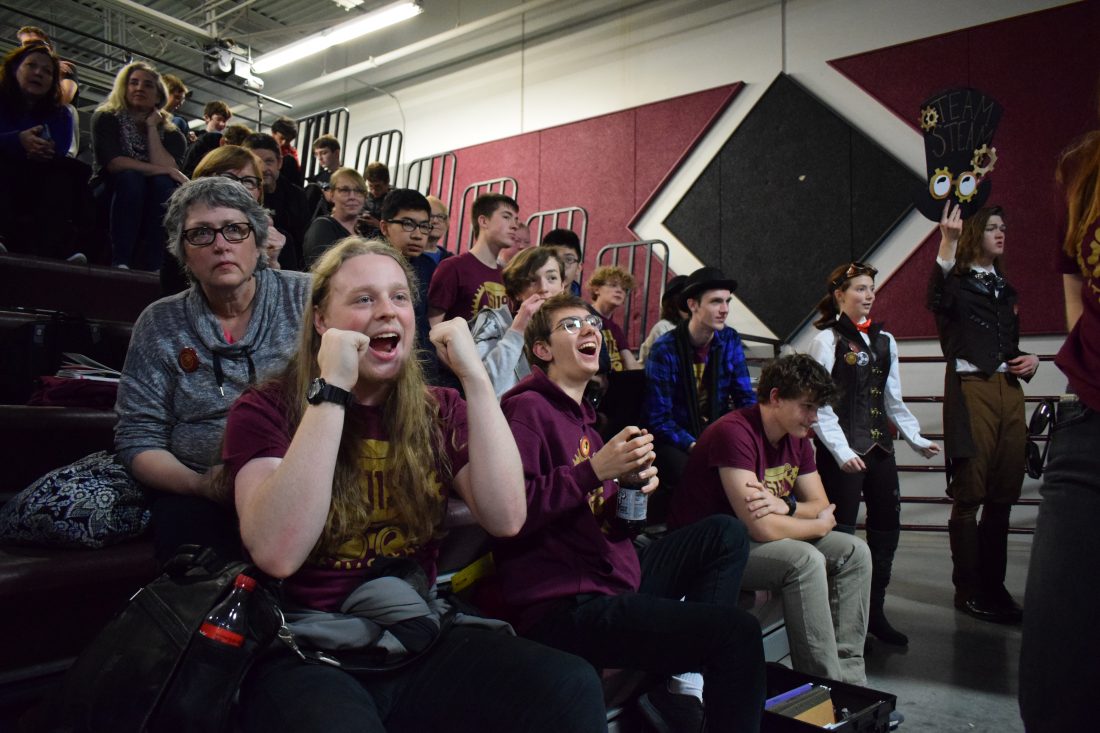 This year’s robotics competitions challenge the teams to create a robot that can shoot foam balls through a 8-foot goal. Additionally, part of the robot’s operation must be autonomous, meaning it works on its own, as well as able to be driven by a human. Maude said there have been some kinks the team has had to work out and continue to work on, but they are proud of what they’ve built.

One of those kinks was the robot at one point rejecting some code the students developed. Instead of operating, it just spit out a response of a Y with an umlaut and a symbol known as “thorn” that looks like a lowercase P and B combined (ÿþ). The students believe the symbols together would be pronounced as “Yith,” which is now the robot’s name, Maude said.

While the team prepares for another tournament, participants are continuing to develop a sense of camaraderie. Rheanne Walton, a Free State senior and the team’s operations leader, said that camaraderie has some additional benefits, such as meeting students from other schools that they otherwise would have not met.

“There are not a ton of opportunities to do that,” said Walton, who has held several leadership positions in the team over the years. “To a large extent, a lot of the activities that most of us do are school-centric. It’s interesting to hear how things are different at their school.”

But at the most basic level, the team offers students a chance to build something with their own hands.

Chehalis Jones, a junior at LHS in her first year with the team, said that’s exactly why she joined the team. She said the leaders of the team made it easy for her to fit right into the mechanical subteam and get to work.

“I really enjoy being here,” Jones said. “I got to figure out that I enjoyed (planning and building) equally and I really want to find a field where I can exercise those skills.” 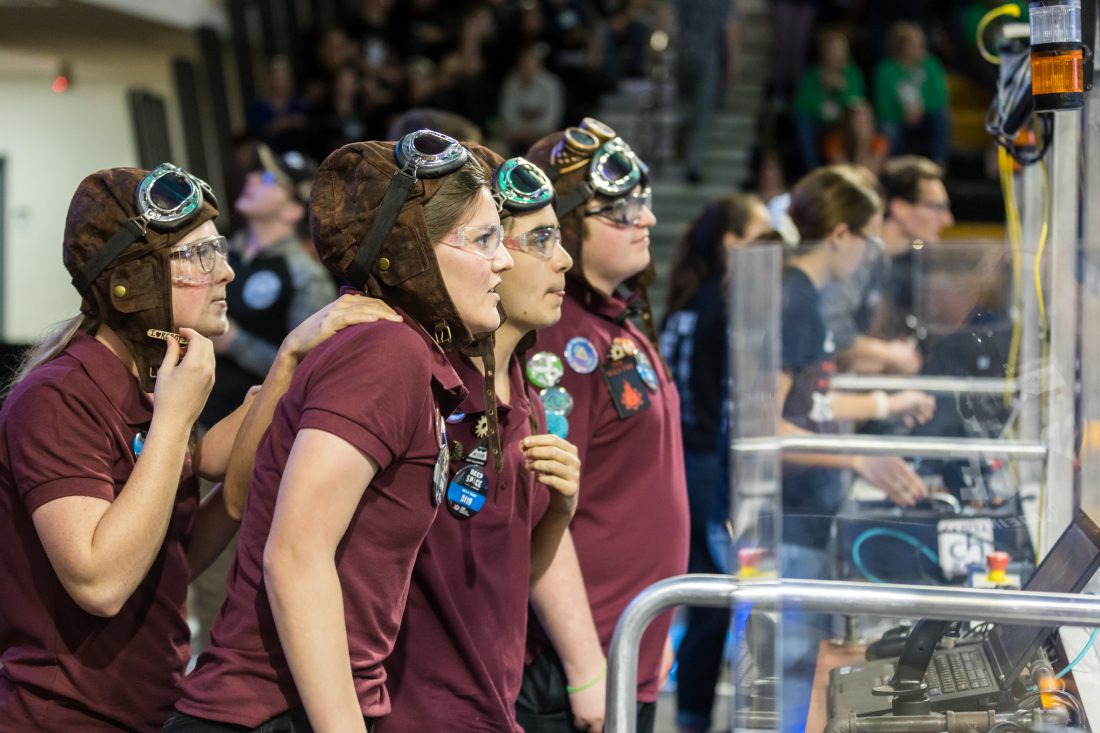