Alissa Bauer, a spokesperson for the club, said in an email to the Journal-World that the club locations at Langston Hughes and Schwegler elementary schools had been closed because staff members at each site had tested positive for the virus. The Langston Hughes location closed on Thursday, which is the second time this month that it has had to close because of the virus. The Schwegler location closed on Sunday.

In messages sent to parents, CEO Monica Dittmer said parents have been notified if their children may have come into contact with a staff member with the virus. The staff members are now following medical guidelines and will remain in quarantine as recommended by the person’s doctor. Dittmer said the clubs would remain closed until it is deemed safe for them to to reopen.

The Langston Hughes club previously closed on June 6 after a staff member tested positive for the virus. Bauer said the club reopened on June 22, with about 70 children attending the club last week before it was closed again on Thursday. Dittmer said in the message to parents that the second Langston Hughes staff member’s contraction of the virus did not appear to be related to the earlier case at Langston Hughes.

With the Schwegler Boys & Girls Club site closed, the Lawrence school district announced in a tweet on Monday that the summer meal pickup site at the school would also be closed until further notice. The school district said families may pick up meals at the other program sites, which are listed on the school district’s website, usd497.org. 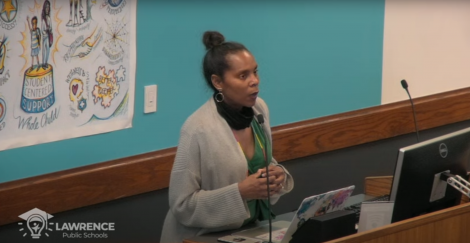