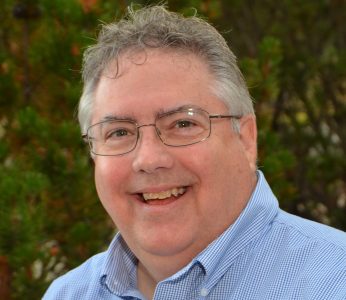 Lawrence High School has named its next associate principal.

Mark Preut, who currently serves as an assistant principal for the school, has been promoted to the position, the Lawrence school district announced in a news release on Thursday. Preut will replace Margene Brohammer, who recently announced she was resigning as associate principal at LHS to take a job in Oklahoma.

Preut said in the release he is excited to fill the position.

“The students, staff, and the entire LHS school community are amazing,” Preut said in the release. “I look forward to continue working with them as we meet the challenges in front of us.”

The associate principal serves as second-in-command at the school alongside interim Principal Cynthia Johnson. Johnson said in the release she looks forward to working with Preut.

“Mark has worked with the English Language Arts and Fine Arts Departments in past years, as well as the Mental Health and Equity Teams,” Johnson said. “He brings a diverse skill set to this role that will be useful in developing plans for our upcoming school year.”

The 2020-2021 school year will be Preut’s 10th serving as an administrator at LHS. He previously served 13 years as an assistant principal in Effingham and Atchison. Prior to that, he taught social studies for 13 years while coaching student activities in Atchison.

Preut also taught social studies at LHS for a semester in 1991-92 while a classroom teacher took sabbatical leave, according to the school district. He earned his bachelor’s degree at the University of Kansas and a master’s from Benedictine College.

The school will now look to fill the assistant principal position Preut is leaving, said Julie Boyle, a spokesperson for the school district. LHS served 1,556 students during the 2019-2020 school year.