Anne Hawks, left, and James Polk, right, introduce themselves to the Lawrence school board during its meeting on Monday, Feb. 10, 2020.

The Lawrence school board on Monday hired two principals who will join the district at the beginning of the next school year.

During the board’s meeting, Superintendent Anthony Lewis introduced Anne Hawks and James Polk as the newly selected principals for Liberty Memorial Central Middle School and Quail Run Elementary School, respectively. After amending the meeting agenda, the board unanimously approved hiring Hawks and Polk to the positions.

Hawks, who is an instructional coach at Eisenhower Middle School in Topeka, will replace Sabrina Tillman-Winfrey, who has been serving as interim principal for the middle school since former principal Jeff Harkin became an assistant principal at Free State High School in May 2019. 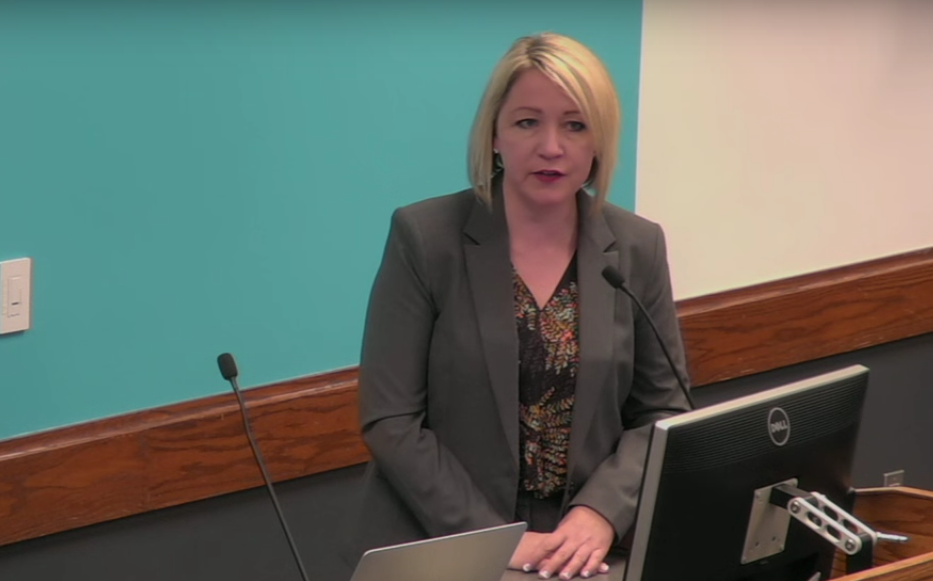 Anne Hawks introduces herself to the Lawrence school board during its meeting on Monday, Feb. 10, 2020. The board approved hiring Hawks as the next principal of Liberty Memorial Central Middle School. She is set to take over the position on July 1.

Hawks previously worked for the Lawrence school district from 2007 to 2015, including two years as the assistant principal at Liberty Memorial Central.

“I could not be more thrilled to be back at Liberty Central Middle School,” she said. “It’s a very special place.”

She also served the school district as a K-12 curriculum specialist, providing leadership in curriculum and instruction for math, science, counseling, health and physical education, according to a school district news release. She earned bachelor’s and master’s degrees at Emporia State University and her doctorate at the University of Kansas.

Lewis said Hawks will be an asset to the school district because of her leadership in curriculum and instruction, among other areas of education.

“I’m pleased to welcome Dr. Hawks back to Liberty Memorial Central, where she already has strong connections with the school community,” Lewis said, according to the news release.

Polk, who is currently the principal of Oak Grove Elementary in Kansas City, Kan., will fill the position left by Michael Koonce. Koonce announced in November that he would resign from the position at the end of the school year to take a position with the Greenbush Resource Center in Lawrence. 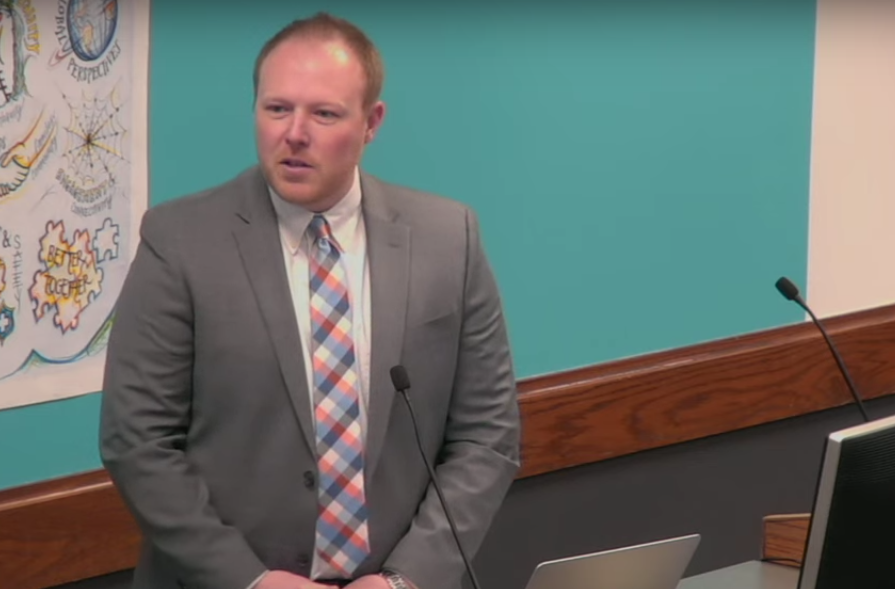 James Polk introduces himself to the Lawrence School Board during its meeting on Monday, Feb. 10, 2020. The board approved hiring Polk as the new principal of Quail Run Elementary School. He is set to take over the position on July 1.

Prior to his current position, Polk served as an assistant principal in Kansas City and as a teacher at the Gardner Edgerton school district. He earned his bachelor’s degree at KU and his master’s degree through KU and Baker. Polk also currently serves as an adjunct professor at Baker University, according to the news release.

Lewis said he was excited to bring Polk to Lawrence.

“He has a strong background in supporting teacher teams in examining student performance data, reflecting on effective teaching practices and interventions, and helping diverse learners to improve their reading and math skills,” Lewis said during the meeting.