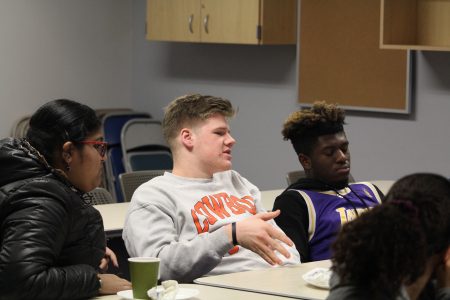 One barrier is racial representation among the district’s faculty. After discussing how students of color are under represented in advanced courses, the diverse group of students told Lewis that students of color would be more likely to take those courses if more of the instructors looked like them.

“That’s what I want you all to help us disrupt,” Lewis told the students, referring to the barriers. “Now that gives us an action step in terms of recruiting (more teachers of color),” he later added.

The discussion of academic barriers is just one example of how a select group of high school students is helping the district improve. The new student advisory council, which was created by Lewis and which had its second meeting on Jan. 27, was put together to make sure the district was considering the perspectives of those who attend school every day. 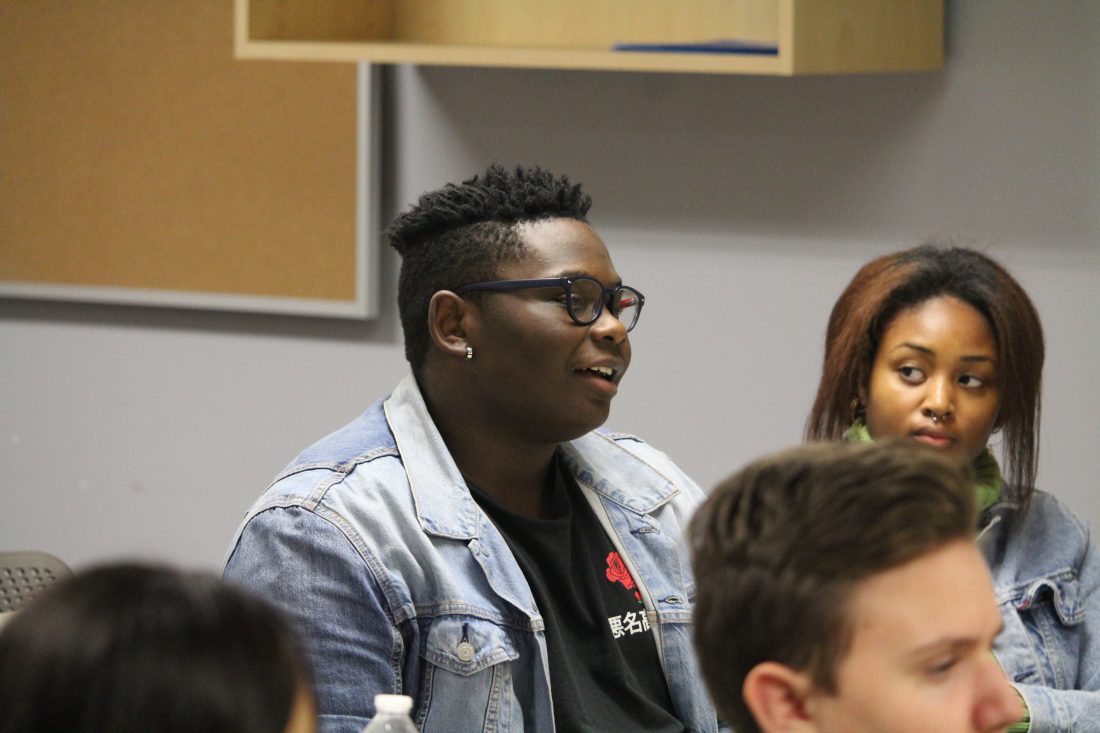 Free State High School student Myles Hollie, center, speaks to a student advisory council during a meeting on Monday, Jan. 27, 2020. Through the council, the students share their thoughts on important topics with Superintendent Anthony Lewis.

Lewis recently told the Journal-World that the council was needed because many school districts and school boards tried to make the best decisions for students but without gauging their input.

“What better way to determine the best interest of students (than to) simply involve them and listen to them?” Lewis said. “Not only should we listen to them, but once we begin implementing or making changes based on their input, then they begin to know their voices are being heard.”

During the advisory council’s recent meeting, Lewis had asked the students for their thoughts on school resource officers, school safety and security, and equity among students. Those were some of the same topics the Lawrence school board discussed during its own meeting just hours later.

Lewis told the advisory council, comprising 19 students from both Free State High School and Lawrence High School, that he was challenging them to provide important feedback that could then be used to better the school district for generations to come.

“The work that we are doing, the work I want to do here in this district, is legacy work, meaning stuff that will outlive us,” Lewis told the student council. “Let’s think of the work you can do as a council that will have an impact on your younger siblings or your grandchildren when you come back to Lawrence.”

The council plans to meet regularly to discuss school board topics or issues the students believe are important. Additionally, Lewis said the council created a group text message chat that would allow students to share thoughts with him and the other council members quickly, if needed.

For Wendo Kimori, a Free State freshman serving on the council, that’s an important change of pace.

Recalling her earlier years, she said she didn’t remember ever having awareness of the superintendent or the school board, let alone having them ask for her opinions on issues. There never seemed to be a good opportunity to share important thoughts, she said.

“It was pretty evident students didn’t really have a voice,” she said. “I think now, it’s great what (Lewis) is doing in our district, and I think it’s amazing that students from all sides of the district can share their thoughts and opinions.” 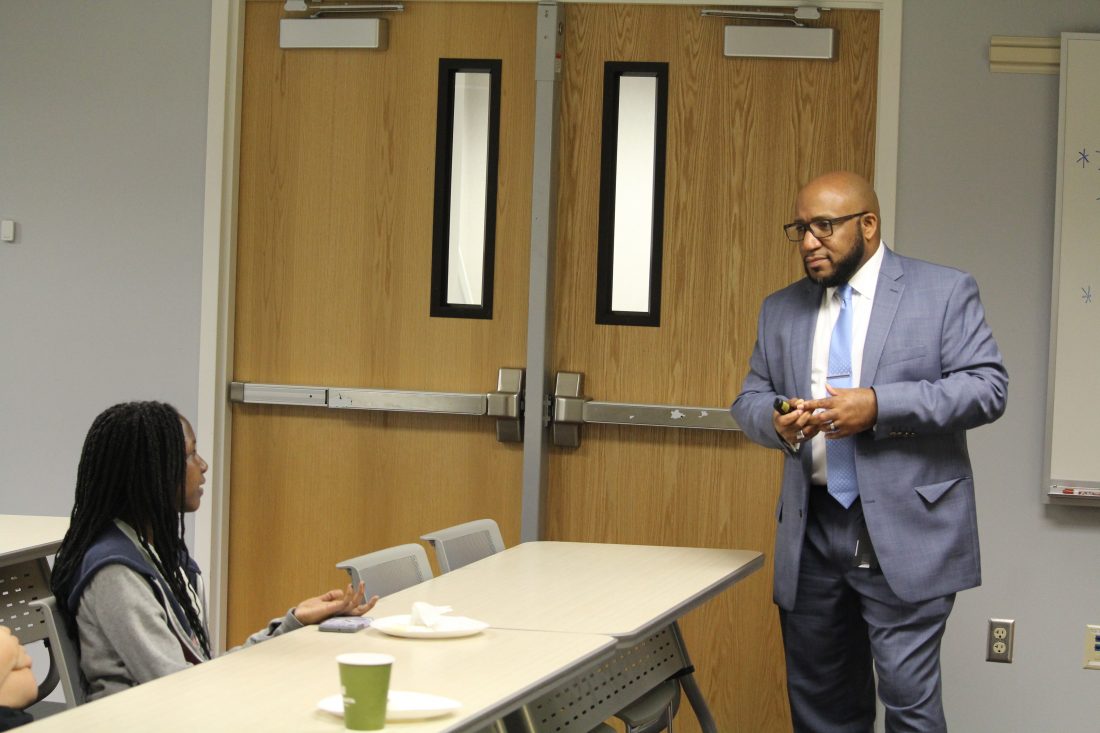 Asha Hanson, an LHS sophomore who is also serving on the council, said she felt the same way.

“You can’t make any changes that are going to be effective if you don’t have the students on your side,” she said.

But the school district appears to have recently made it a priority. The student advisory council’s January meeting took place a little over a week after LHS students publicly shared their thoughts on weapons repeatedly being brought to school.

In that case, students led a round-table discussion about numerous incidents of firearms making their way into school buildings in the last few years and what they believed could be solutions. At the time, LHS interim Principal Cynthia Johnson said it was important to get students’ feedback on the issues that affect them.

“It’s not just a conversation; it’s about action,” she said. “But if we don’t listen, we can’t move forward … We’ve got some work to do.”

After the student advisory council’s meeting concluded on Monday, Lewis went on to share a similar sentiment with the school board during its regular meeting that evening.

“It was really eye opening to hear their perspective,” Lewis told the board. “This group is really allowing me inside in terms of their daily lived experience.”