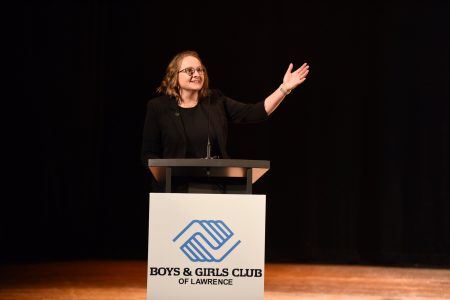 Monica Dittmer, new CEO of the Boys & Girls Club of Lawrence, speaks at the club's 2020 Youth of the Year competition in January 2020.

The Boys & Girls Club of Lawrence’s new chief executive officer will be a longtime employee who served as the organization’s interim leader for much of the past year.

The organization announced Friday that it has hired Monica Dittmer as permanent CEO. She had served as the interim leader since July 2019, when former CEO Colby Wilson left the organization to take a position with the Boys & Girls Club of Albuquerque, N.M.

“Monica has exceeded any and all expectations that the board and I could’ve possibly had,” Matt Llewellyn, president of the club’s board of directors, said in a news release. “Even the growth opportunities that we saw for her, Monica has outperformed in every one of them. It is very special to know that the best person for the job was right here with us.”

Dittmer has extensive experience with the organization, serving in many different positions for the club since 2002, according to the release.

“I’m really proud and honored that I don’t have to go to work — I get to go to work,” Dittmer said in the release. “This is my life’s passion, and I’m excited to continue living that every day.” 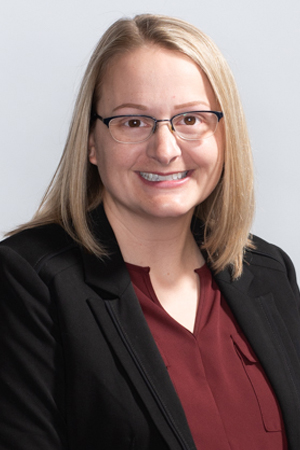 In 2017, Dittmer was named the executive director of the organization’s new teen center, the Center for Great Futures, where she was tasked with getting the $5 million facility ready to open at 2910 Haskell Avenue. The center, which offers after-school programing for teenagers, officially opened in August 2018.

Dittmer created a teen advisory board that aimed to strengthen existing partnerships with Lawrence’s middle and high school administrations, the organization said, and she also hired staff to develop teen-focused programming that utilizes spaces and technologies offered at the center. The organization credits Dittmer with increasing the daily attendance of teens at the center from 60 to 150.

Prior to working in that position, Dittmer served as the organization’s director of operations. In that role, she helped establish club locations at all 14 elementary schools in the Lawrence school district.

“I can’t imagine Boys & Girls Club not being my life,” Dittmer said in the release. “It changes you. When I go to work every day, it means something. I’m the lucky one. That’s why I’m here. That’s why I do what I do.”

Before joining the Boys & Girls Club, Dittmer worked as a foster care case manager. She earned her bachelor’s degree in social work from the University of Kansas.

Former Lawrence Public Schools Superintendent Randy Weseman led a search committee that selected Dittmer for the CEO position, according to the release.

Alissa Bauer, a spokeswoman for the organization, told the Journal-World that the organization has not yet decided on filling the now vacant role of executive director of the teen center. The facility and other club sites are currently closed to the public because of the coronavirus pandemic.

Now that the K-12 academic year has ended, students in Douglas County will soon receive their final grades, if they ...