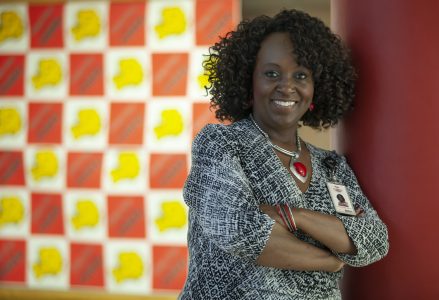 As interim Principal Cynthia Johnson walks through the hallways of Lawrence High School, students give her high-fives. They talk to her about how their day has been going.

And they call her by a more affectionate name: “Mama J.”

Those kinds of interactions are just a few of the ways Johnson appears to have made an impact on the LHS campus in her first month of leading the school. Connecting with the students is important to her, she told the Journal-World on Friday, and she tries to always make time for them, no matter what she’s doing.

Johnson, who will be serving as interim principal until at least the end of June 2020, took over the position in July. She replaced former principal Matt Brungardt, who resigned at the end of June after serving in the position for 16 years. The school district is expected to conduct a search process for a permanent replacement, but district spokeswoman Julie Boyle said no details on the search were available Friday.

Johnson said students began calling her Mama J during her first year in education, and it’s stuck ever since. Now she introduces herself as Cynthia “Mama J” Johnson to any student or parent who meets her. She has a long resume in public education, having served in many roles — teacher, administrator, consultant — in the Kansas City area for the last 33 years.

“This is who I am,” she said. “I’m so focused and dedicated to education because education saved my life.” 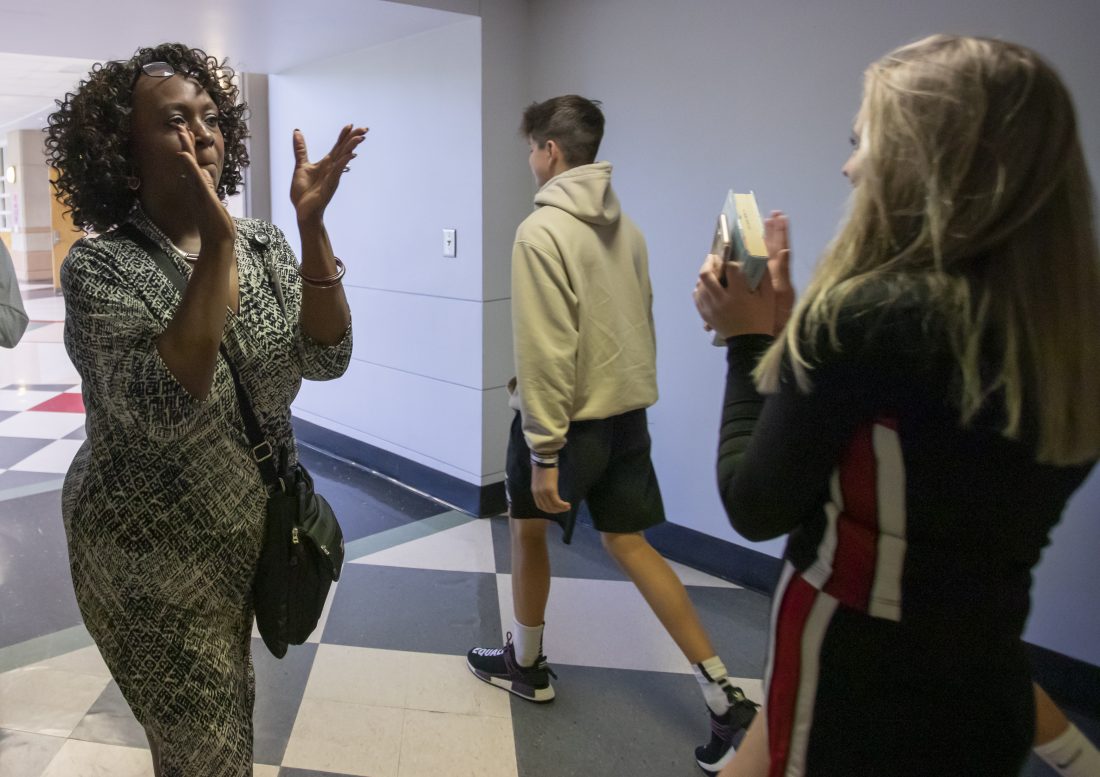 Cynthia Johnson, interim principal at Lawrence High School, greets students passing by in the hallway with a Lions cheer.

When she was a child, Johnson said she had a stuttering problem, which led to her being placed in special classes for students with learning disabilities. Although she said some doubted she would finish her education, Johnson graduated and went on to college, earning her bachelor’s and master’s degrees at Central Missouri State University and her doctorate at Baker University.

While she was in school, one of the ways she learned to deal with her stutter was singing. It’s a skill she uses in her work today, too, entertaining and inspiring students with music.

At around noon on Friday, during Lawrence High School’s fourth period, Johnson walked into the building’s choir classroom and asked the students to sing with her, which they did enthusiastically. She and the students sang about how they “have the power,” which is part of a constant message Johnson is sending to the students — that they have “the power to be great” and achieve their goals.

In her office, Johnson has keepsakes that represent goals she has reached herself. The one she cherishes most, she said, is a box of 64 crayons.

“As a child, growing up in poverty, all I ever wanted was a box of 64 crayons,” she said. “I never got that. So every classroom or office I’ve ever had, I have a box of 64 crayons as a reminder that if you work hard, dreams do come true.”

For Katie Logan, a sophomore at LHS, Johnson’s involvement in the everyday lives of the students has been a particular highlight of the school year.

The students have been able to see Johnson every day in the hallways and out in front of the school, Katie said, but the interim principal’s dedication to the students doesn’t stop there. Katie plays in the marching band and is on the tennis team, and she said Johnson came to band camp in the summer to meet the musicians and wished the tennis team luck before a meet.

It’s a level of involvement from an administrator that Katie said she’d never experienced before.

“You can tell she cares about the students,” Katie said. “I think she’s really trying to be outgoing with everyone.”

When a Journal-World reporter told Johnson about Katie’s comments, she said she was overwhelmed.

“I just do it because I love it,” she said. “The students are my pulse. I need to go out and see the kids.” 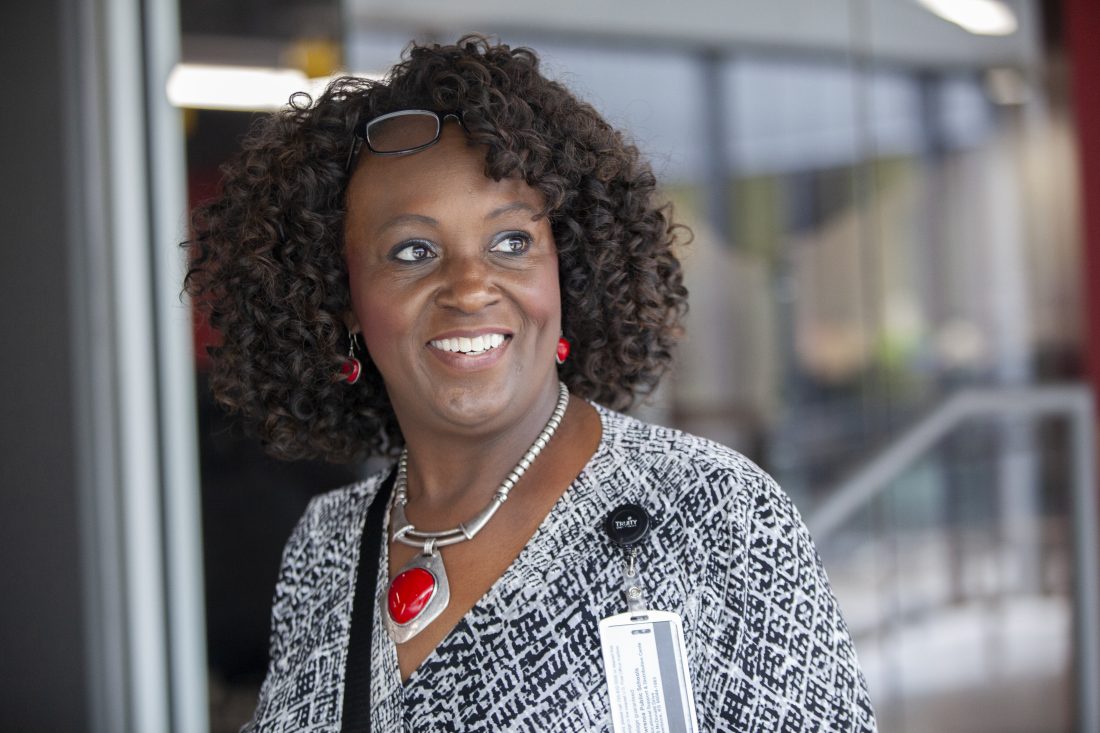