As students return to Lawrence High, 36 classrooms unavailable because of construction 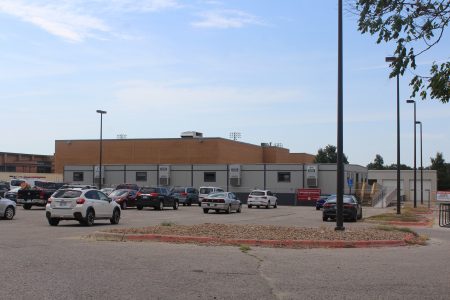 Mobile classroom units sit on the northwest side of Lawrence High School's campus on Tuesday, Aug. 20, 2019.

Students at Lawrence High School return from summer break this week but 36 classrooms in the building are not ready for use yet.

Julie Boyle, a spokeswoman for the school district, said in an email to LHS families Monday evening that some classrooms in the building will not be available for use for the “first few weeks of school.” Those classrooms were part of the summer construction projects on the south side of the building and are not completely finished yet, she said.

“Our staff continues to work with our construction partners on finishing those spaces, including painting, installing lighting, and equipping and furnishing those classrooms,” Boyle said. 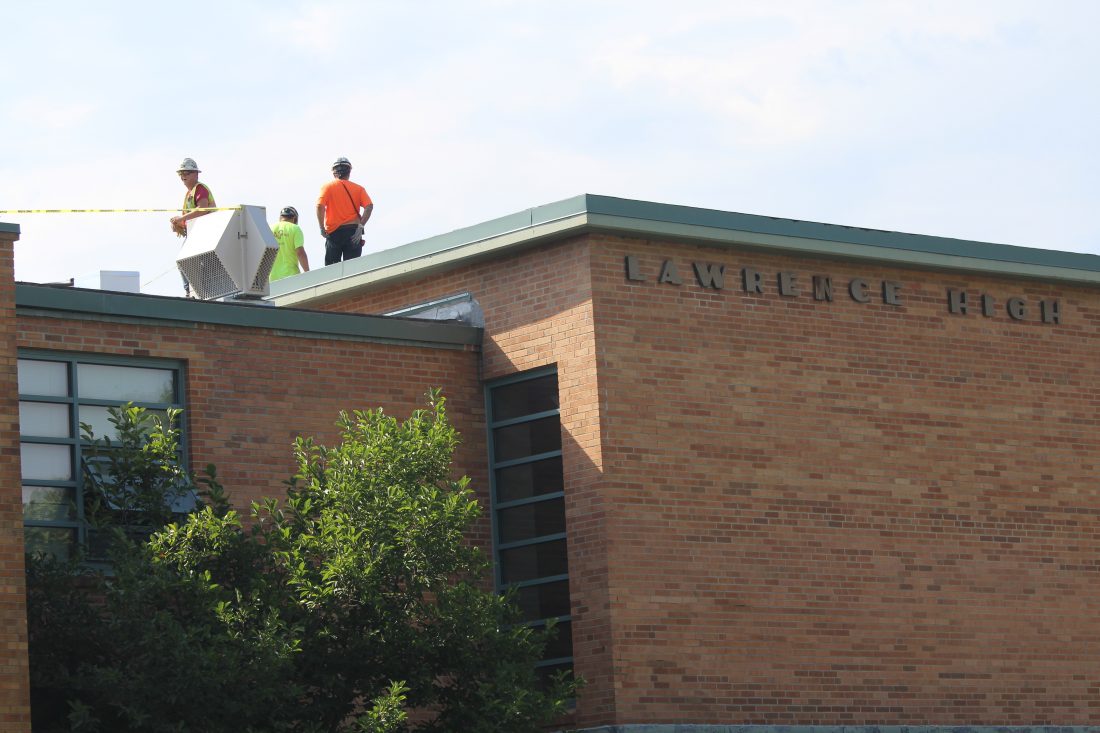 Boyle told the Journal-World on Tuesday that the school district expects the finishing touches on those classrooms to be completed in about two weeks. The 36 classrooms that are still under construction are used for the school’s career and technical education, world languages, health and wellness, and weight and cardio classes, she said. The renovation area also includes part of the school’s science wing.

In the meantime, Boyle said the school will use 13 temporary classrooms on the northwest side of the school’s campus — five in another building on campus and eight classrooms in mobile units, which will be on site for the duration of the school’s construction projects. She said teachers and staff were working to make sure all classes at the school were accommodated during the delay.

“This has required creativity, adaptability, and flexibility on the part of your teachers and staff, and we commend them for their efforts,” Boyle said. “It will require the same from our students, and we know that you will rise to that challenge.” 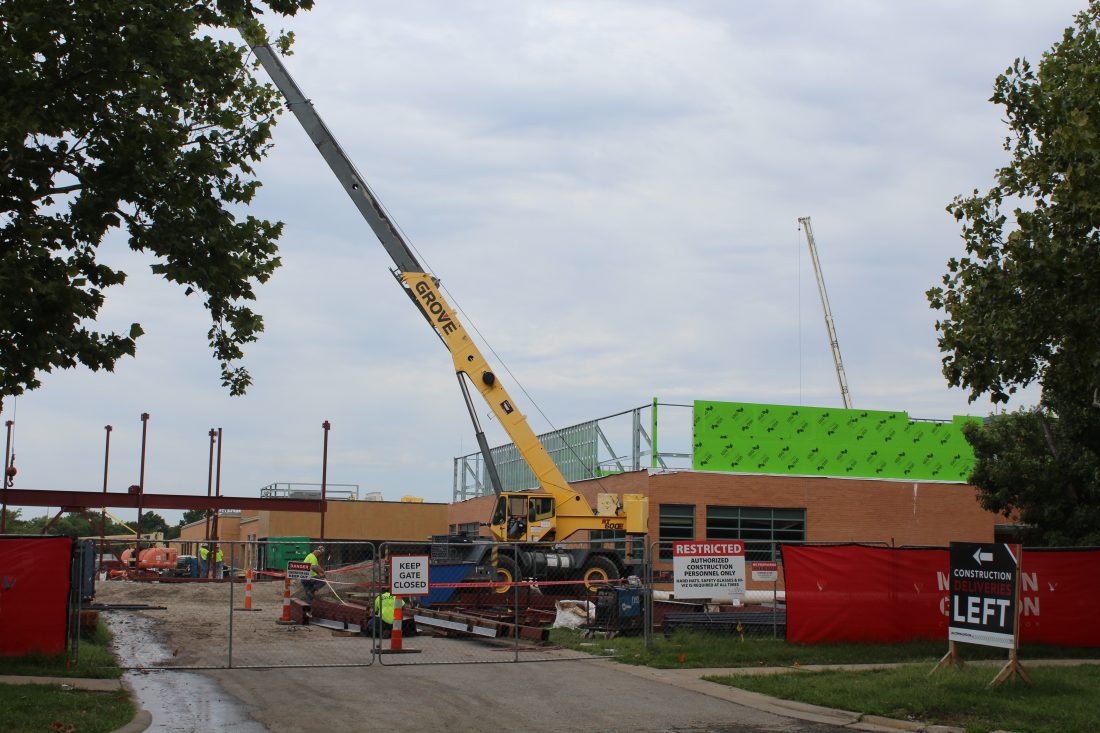 Construction crews work on the south side of Lawrence High School’s campus on Tuesday, Aug. 20, 2019. Classrooms in the area are still under renovation and will be unavailable for the first two weeks of the school year.

The school district originally planned for the classrooms to be ready before the beginning of the school year, but their use was pushed back because of the recent overall construction delay at LHS, Boyle said.

On Aug. 1, the school district announced that its high schools would start six days later than originally scheduled. The pushback occurred because of construction delays at LHS caused by the discovery of additional asbestos in the building and issues from severe weather, including electrical complications associated with the May tornado.

The school district expects to see construction at LHS until 2021 as part of a $46.2 million project to renovate the building. The funding for the project is provided by a $87 million bond issue approved by local voters in 2017.