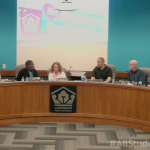 District staff is still researching some potential security measures to improve school safety, but some board members have already made it clear that staff shouldn’t waste too much time on metal detectors.

Ron May, director of operations, gave the board a presentation on safety and security at its Monday meeting. He outlined several initiatives in progress and provided some updates.

Many in the Lawrence community have been paying heightened attention to safety of school buildings, particularly at Lawrence High School, in the wake of several weapons- and threat-related incidents over the past few months. Specifically, in the span of two weeks in February, two students were reportedly caught carrying loaded guns at the school, and another was reportedly caught with a Taser.

In response, the district held two community conversations on public safety at which attendees were asked to provide input and suggestions to improve security. One that came up repeatedly was installing metal detectors, and/or having students carry clear backpacks. 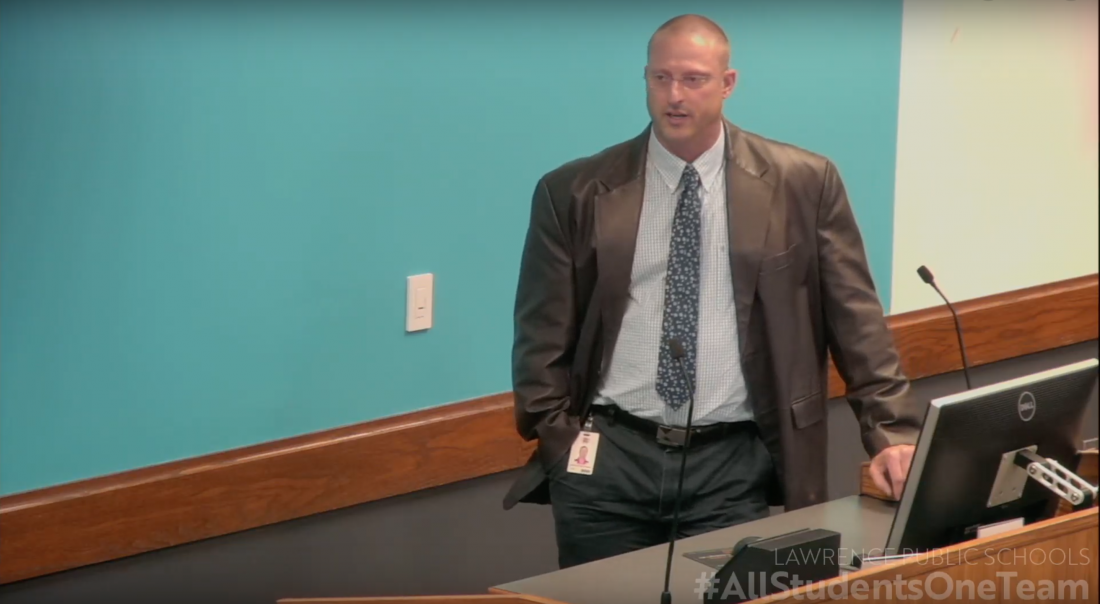 May told the board Monday that suggestion was one that staff is still researching; however, board member Kelly Jones discouraged that.

“I wouldn’t want you to spend a whole lot of time on that because there’s not a lot of board will for either one of those things,” she told May.

Board member Shannon Kimball agreed. She said she heard questions about those ideas from a lot of community members immediately after the incidents at LHS, but she mentioned a study published this month from Ball State University and the University of Toledo that found that “hardened” schools — those that had implemented metal detectors, installed bulletproof glass, required staff members to wear visible IDs, locked doors and so on — actually had no discernible impact on reducing school violence.

Kimball also said she was glad the district had distributed Be SMART information on gun safety for families. The campaign’s acronym stands for Secure all guns in homes and vehicles; Model responsible behavior; Ask about unsecured guns in other homes; Recognize the role of guns in suicide; and Tell your peers to Be SMART. Its goal is to advocate for responsible gun ownership and reduce child gun deaths.

Most guns used in school shootings come from the homes of perpetrators, Kimball said, and for the district to make a difference in buildings, “we also have to be advocating in our community and with our legislators and in our state for policies that make sense about that.”

“We can’t really do what we want to do, which is to keep our kids safe in our buildings, if our community and our policymakers are not going to support us by making it less possible for people to have these weapons in their possession and bring them into our buildings in the first place,” she said. “… We can’t do this by ourselves.”

Kimball said she appreciated the work staff had done on these measures, but “if we’re at the point where we’re talking about having to put metal detectors in our doors, we have lost already.”

May said many of the entrances to LHS, which have been a community concern, are now locked. Staff are monitoring and opening doors for students as needed.

Jones raised a question about the building’s annex. She said she’d heard from her kids that if they needed to get into the annex, they might have to knock on a window and have a teacher let them in.

“Obviously I support the effort, but is it disrupting instruction in a serious way?” she asked.

May said he hadn’t heard from administrators about that, but some of the doors couldn’t be secured with badge access so staff members had to key people in and out. He said he would follow up. As the next school year begins, though, May said the annex will be offline as construction is starting.

May said that as soon as Tuesday, IDs with door access would be ready to distribute to LHS students. Those will be limited to the few doors students need access to, May said, and cards can be taken offline quickly if they’re lost.

Board member GR Gordon-Ross asked about a timeline to add a texting component to safety alerts that it sends out, which has been another concern the district has heard from community members.

“We have some work to do on PowerSchool,” said Julie Boyle, the district’s executive director of communications. “We have to have the infrastructure in place to accept the information that we need to get to SchoolMessenger to do the texting.”

The board also discussed its work toward a district equity policy, and board Vice President Melissa Johnson and President Jessica Beeson said they wanted to move forward with it.

“Because we don’t have a policy that clearly articulates what the expectations are, there’s a lot of reluctance, I think, on our building leaders in particular, to make some of those moves at times when maybe they should have been taken,” Beeson said.

She said that as a board, it is no longer something that’s optional.

“If it’s not something that you’re comfortable with as a staff member, then this is not the right district for you,” Beeson said.

Jones and Kimball, who serve on the Board Policy Advisory Committee, said the equity policy was their highest priority. They’ve been researching policies, identifying and reviewing models, and they can bring some policies to the rest of the board for review. They also want to make sure the policy itself is created in a way that is equitable.

• Feb. 14 — Boy who took gun to LHS this week stole it from parent, charges allege

• Feb. 12 — Lawrence High student allegedly brings gun to school; incident is second in a week, fifth in district in past year