Shawnee man pleads down, gets probation after arrest with gun in Lawrence 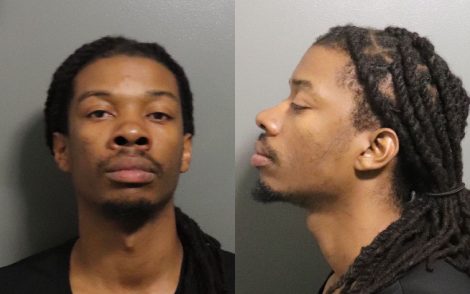 In a case that wrapped up within a month of the initial arrest, a man has pleaded and been sentenced to probation for criminal use of a weapon.

Markivius C. Woods, 26, of Shawnee, was arrested and charged after his bag was searched during a traffic stop on the University of Kansas campus.

An officer with the KU Police Department stopped a Ford Escape at the intersection of 19th Street and Ousdahl Road just after midnight on Aug. 6 because one of its headlights was defective, according to allegations in the police affidavit supporting Woods’ arrest. Then the officer smelled a strong odor of marijuana.

In a search, the officer wrote in the affidavit, he found a blue backpack on the floorboards of the passenger’s seat, between Woods’ legs; inside, he found a loaded Glock handgun and some marijuana. Dispatchers told the officer the Glock was stolen. Woods was arrested and booked into the Douglas County Jail.

Woods was initially charged in Douglas County District Court with low-level felony theft, for allegedly stealing a gun; misdemeanor criminal use of weapons for possessing a firearm as someone “both addicted to and an unlawful user of a controlled substance”; and misdemeanor charges of possession of marijuana and drug paraphernalia.

On Thursday, Woods pleaded no contest to a misdemeanor charge of criminal use of weapons, Cheryl Wright Kunard, assistant to the Douglas County district attorney, said via email.

The judge sentenced Woods to 12 months of probation with an underlying sentence of 90 days in jail, Wright Kunard said.