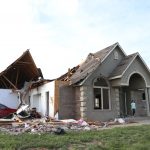 Tim Bunrein's grandaughter stands on the front porch of her grandfather's home in Linwood on Wednesday, May 29, 2019. The tornado collapsed Bunrein's garage, totaled two of his cars and hurled his trailer over his neighbor's home hundreds of feet away.

A mile-wide tornado, which originally touched down in southwestern Douglas County, destroyed almost 20 homes in Linwood and Leavenworth county Tuesday evening, according to Leavenworth County Emergency Management. Only three minor injuries were reported.

Bunrein was in his basement with his wife and dog when the tornado swept over their home.

“It was like getting hit by a freight train,” Bunrein said. “I thought I had a pretty sturdy house … I could feel it coming apart.”

Bunrein said he had no idea how long it would take for the community to rebuild.

“That’s the question of the day: What can we do?'” Bunrein said. “When you have something like this, you don’t even know where to start.”

The EF-4 tornado peaked at 170 mph winds and a width of up to 1 mile, according to the National Weather Service. 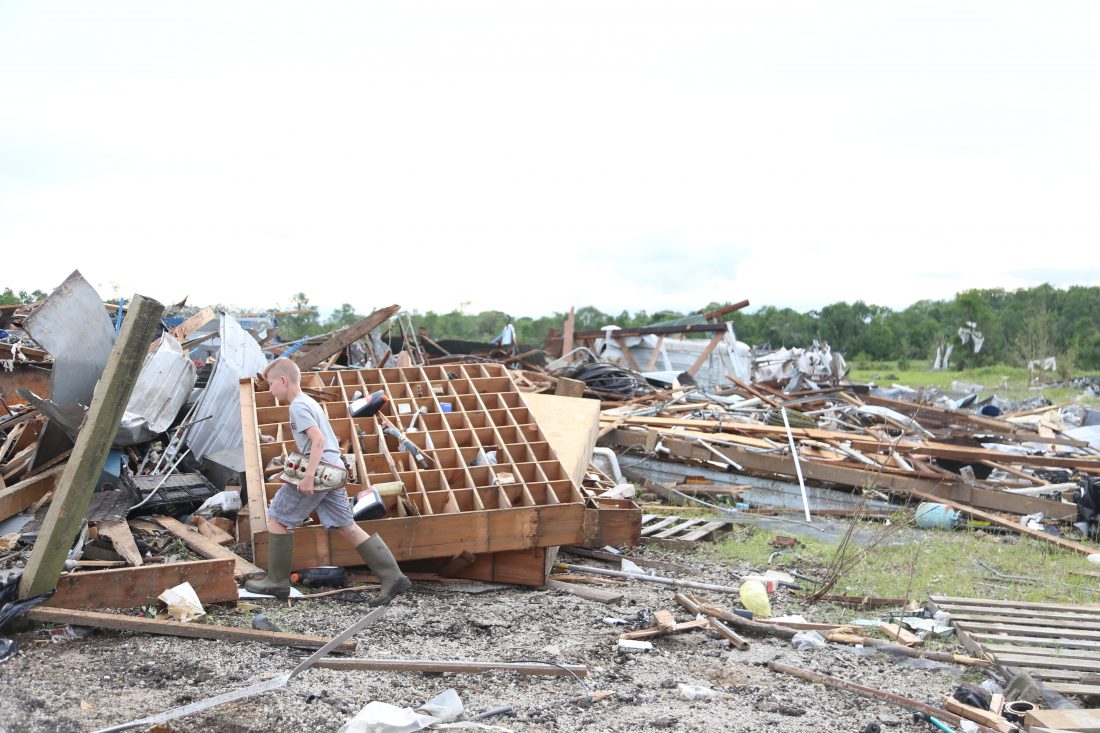 Alex Illausky carries a piece of metal around the wreckage of a 10-acre greenhouse in Linwood on Wednesday, May 29, 2019. Only one employee was present when the EF-4 tornado struck the facility Tuesday night.

Linwood was without power as of Wednesday night. Westar Energy said customers able to receive power can expect restoration Thursday night. The tornado brought down over 300 poles and power lines around Douglas, Leavenworth and Wyandotte counties.

The tornado ripped apart a 10-acre wholesale greenhouse belonging to Free State Growers. Although the facility has a staff of 40 employees, only one was present when the tornado arrived, according to Free State Growers president Mark Illausky. The employee took shelter outside next to a small orange tractor while the winds tore into the facility and overturned box trucks, Illausky said. He was unharmed.

While Illausky described the facility as decimated, he said the company plans on starting to rebuild Thursday.

Bunrein said he had received an outpouring of support from the Linwood community and passersby. The help started as soon as Bunrein emerged from his basement to survey the damage in the rain. A stranger offered him their coat.

“A guy pulls up my driveway, gets out (and asks) ‘You got a coat?'” Bunrein said. “I didn’t even know where my coat was.”

Since Tuesday night, Bunrein said they’ve received food and help piling up debris from first responders, businesses and other impacted residents. Bunrein said he was fortunate to have all of his family and friends helping him since he still feels devastated.

“I don’t even know where I’m at half the time,” Bunrein said. “You work all of your life and it’s gone in five minutes.” 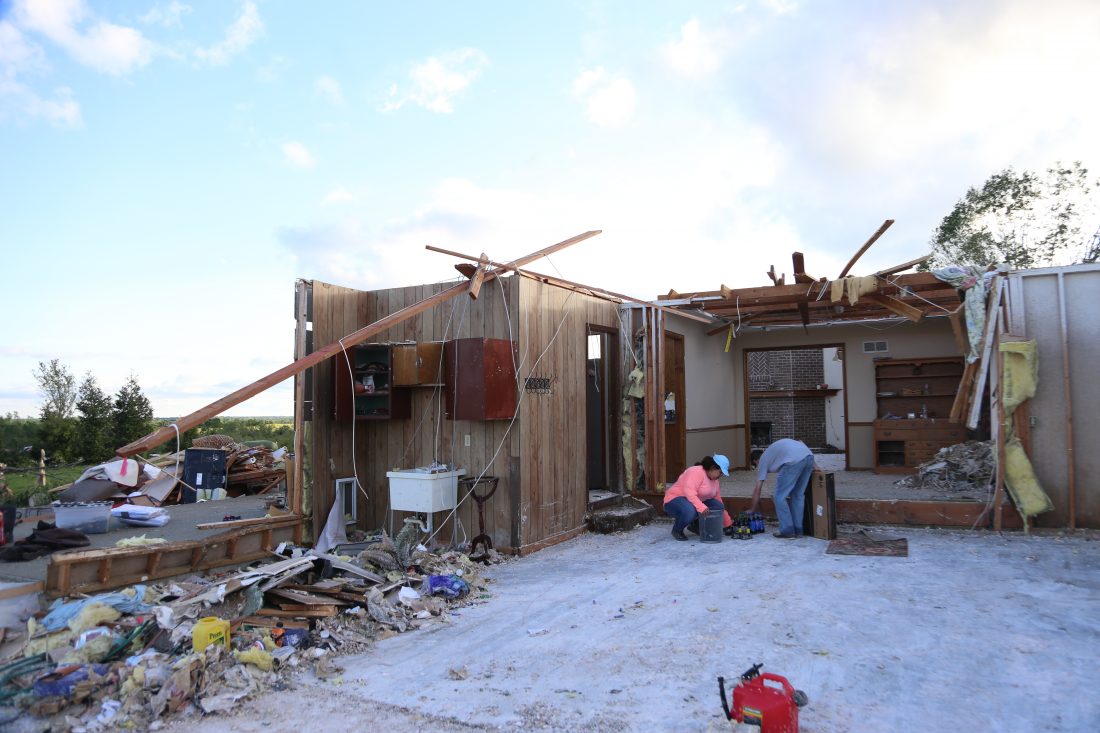 Michael Brock and Amber Munoz secure valuables from a friend’s home in Linwood on Wednesday, May 29, 2019. Nineteen homes were destroyed Tuesday night.

• Tornado news and notes: When sirens sound, some businesses lock up — know where to seek shelter