Man ordered to prison in manslaughter-by-methadone case; he victimized relative to cheat on drug test 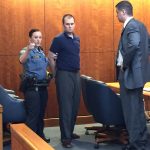 Justin R. Jones is taken into custody after being sentenced to prison on Friday, April 19, 2019, in Douglas County District Court.

A Baldwin City man has been sentenced to four years in prison for involuntary manslaughter of his father-in-law, who died taking methadone to help the younger man cheat on a drug test.

At Friday’s sentencing hearing for 35-year-old Justin R. Jones, loved ones of his victim, 47-year-old Eric S. Everts, of Baldwin City, had asked for more prison time. Speakers described Jones as not only addicted but depraved and selfish.

Wade Burenheide, Everts’ best friend, called Jones “a predator singling out the weaker for his own benefit.”

Burenheide said Jones spent years in inpatient and outpatient therapy and made choices that hurt his family and children but never took responsibility for his actions. Instead, Burenheide said, Jones lived a lifestyle that hurt others and ultimately killed Everts, in order to keep using.

“He has shown that despite being given many opportunities … he has no real desire to make changes and to live drug-free,” Burenheide said.

“I wish he’d been able to see how he was being used,” Douglas said.

That’s the maximum prison time Jones can serve for his convictions, without a departure from state sentencing guidelines, McCabria said.

“You were more concerned with your own interests than the impact on this person,” the judge said.

Jones was originally charged with distributing a controlled substance, causing a person’s death — a severity level 1 felony, as high as some categories of murder.

In January, Jones pleaded guilty and was convicted of involuntary manslaughter — a less-severe level 5 felony — and distribution of methadone, also a felony. Under the plea agreement, two other drug-related felony charges were dismissed, and Jones’ attorney Christopher Joseph and prosecutor Alice Walker agreed to recommend the 50-month sentence.

“He clearly had a drug problem, and instead of taking accountability and addressing that drug problem, he selfishly asked his father-in-law to help him out,” Walker said at Jones’ sentencing. “As a direct result of his actions, there’s a family here today that has lost a member.”

Relatives and text messages gave police a possible explanation for Everts’ untimely death, according to an affidavit prepared by Baldwin City investigators.

For his treatment at an addiction center, Jones was supposed to be turning in urine samples with nothing in them but methadone, a synthetic drug often prescribed to treat opioid addiction.

For months — at Jones’ request — Everts had been helping his son-in-law pass the tests by taking methadone Jones gave him and providing otherwise clean urine samples for Jones to submit as his own. The month before Everts died, he’d taken the methadone not once but twice.

Jones texted Everts asking for help and explaining he could be “kicked out” of treatment for failing the tests.

“You’re the only person I know,” one text said. “You have no idea how hard it is to find someone who hasn’t done anything. Lol.”

According to the police affidavit, an autopsy revealed methadone in Everts’ blood, and then-coroner Erik Mitchell concluded this: “Considering scene information, clinical history, anatomic findings, and toxicology results, cause of death is best explained as consequence of methadone exposure superimposed upon respiratory suppressive effects of sleep apnea.”

Neither Jones nor his attorney commented at the sentencing hearing.

Jones had been free on $50,000 bond but was taken into custody upon sentencing. 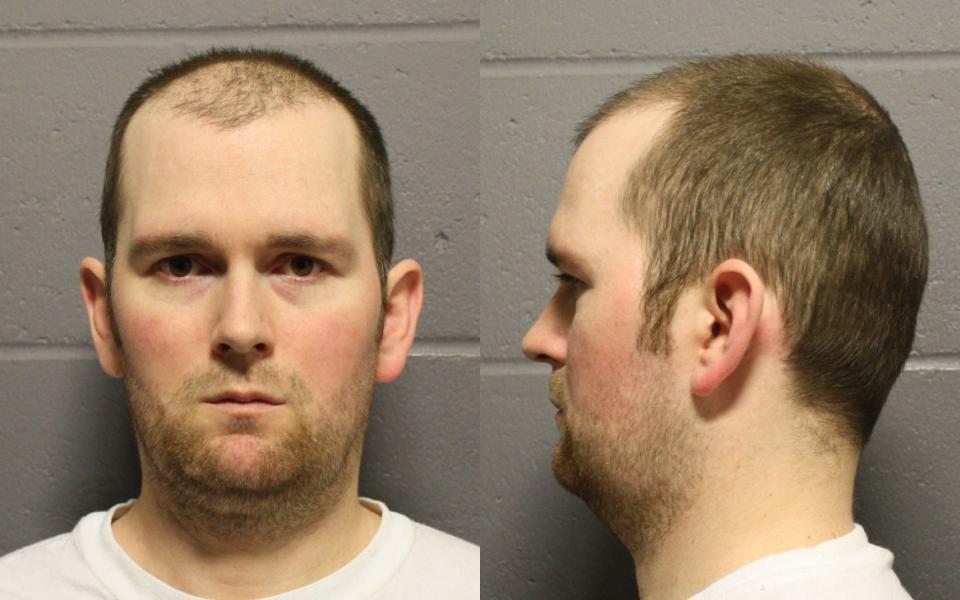