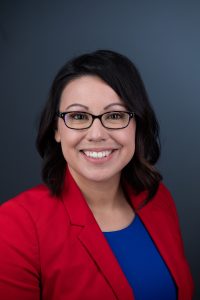 photo by: Contributed/University of Kansas

The University of Kansas on Tuesday launched a revamped office dedicated to academic success for both undergraduate and graduate students.

Susan Klusmeier, who was the interim provost for undergraduate studies over the past 11 months, was named vice provost for academic success in conjunction with the office’s name change.

Provost Barbara Bichelmeyer said in a news release that the office expanded its functions to include all student studies as part of KU’s ongoing strategic planning efforts.

“Susan has a distinguished career that demonstrates a commitment to providing students with resources that can help them master the academic rigor of their courses and excel as scholars and contributors to our community and society,” Bichelmeyer said.

Klusmeier took over the office on an interim basis after former vice provost for undergraduate studies, DeAngela Burns-Wallace, was named to a senior role in Gov. Laura Kelly’s administration. Klusmeier has served in a number of roles at KU since arriving in 2016.

“I have been inspired by the thoughtfulness, nimbleness and flexibility of our units as we continue to provide the quality services and engagement while we all work, teach and learn remotely,” she said in KU’s announcement.

Klusmeier was selected by an internal search committee that fielded candidates without an outside search firm, Bichelmeyer said.