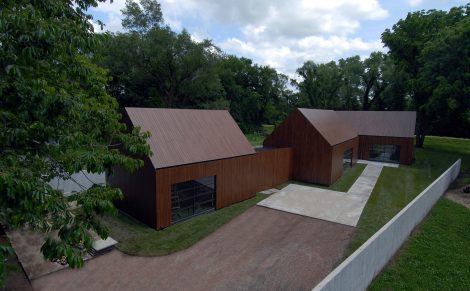 Set along a nine-mile stretch of the Kansas River walkway in North Lawrence, a home consisting of three independent structures will join a long list of buildings designed by architecture students at the University of Kansas.

Finally ready for an open house — delayed somewhat by the COVID-19 pandemic — the sculptural structures at 722 Ash St. will be on public display this weekend. It is the latest project in a now 25-year run for KU’s hands-on Studio 804 course.

Dan Rockhill, a distinguished professor who has led Studio 804 since its inception, said the class always tries to work with interesting building sites, but this year’s project was fascinating both from an architectural and geographical perspective.

“The fact people want to be close to downtown is always a big consideration and a real plus. People increasingly are more aware of the need for more physical activity,” Rockhill said. “It’s like having a 9-mile park in your backyard, which is pretty sweet.”

The main residence in the 2020 project is 1,550 square feet and has two bedrooms, 1 1/2 baths, a great room and a kitchen. An accessory dwelling unit of 520 square feet has a wet bar, a full bathroom, and an attached flex space. 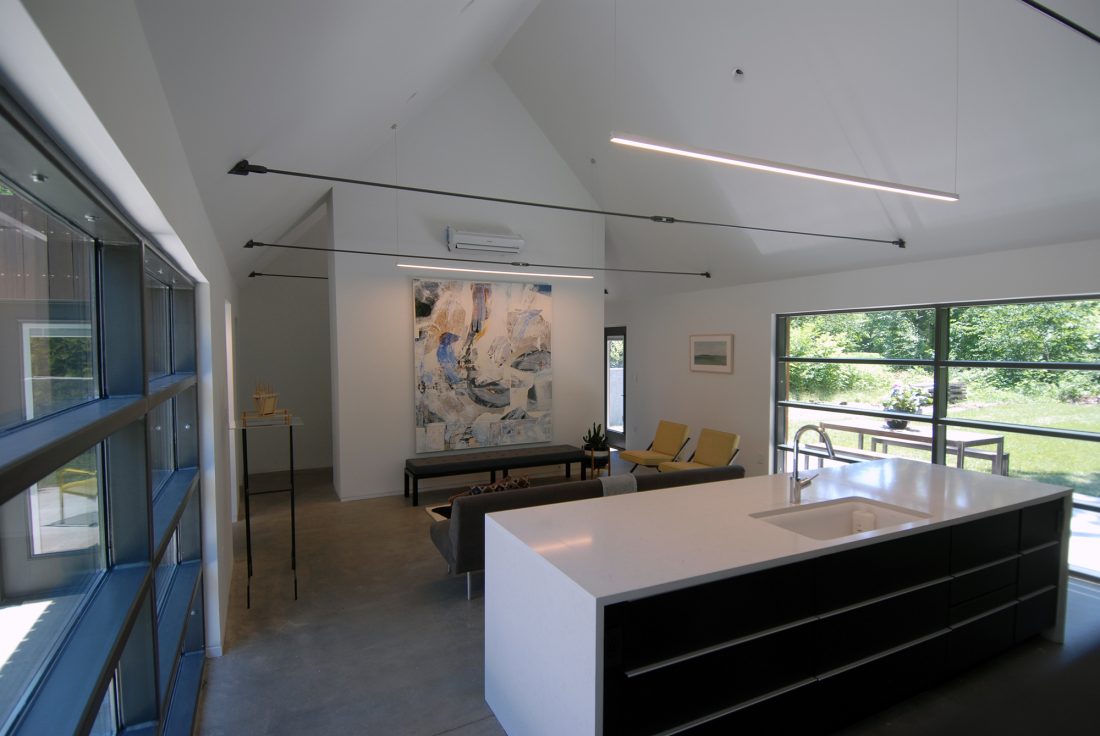 The great room and kitchen of a new eco-friendly home located at 722 Ash Street, designed by KU’s Studio 804 architecture students.

Rockhill said the home is still for sale with a price point of around $500,000. Studio 804 is not subsidized by KU and functions as a business, with an attached not-for-profit corporation. A full list of course projects can be found on the class website, studio804.com.

Studio 804 also prioritizes environmentally friendly practices in its designs and has constructed at least 15 buildings with a platinum rating in Leadership in Energy and Environmental Design standards, Rockhill said. LEED ratings are the highest environmental standards in building ratings.

The structures of the 2020 project are clad in a material made of raw pulpwood, recycled wood and natural resins, all of which was produced by energy from renewable fuels. Solar panels also line one of the roofs in an effort to promote sustainability, Rockhill said.

“I feel in my approach to it that universities are about ideas,” he said. “And I have an idea that the environment is changing and we are an integral part of that in architecture.”

Gabby Foster, a newly graduated student, said Studio 804 — which this year hosted 21 students — was one of the factors that initially drew her to KU. Having hands-on experience outside the classroom isn’t an opportunity afforded to every architecture student across the country, she said.

“It’s a very time-consuming and relentless work ethic you need to have. That kind of builds each other’s confidence in themselves and their abilities and needing to work out problems we aren’t confronted with in the academic setting,” she said. “It’s something super unique to this program.”

The open house will run Saturday from 9 a.m. to 2 p.m. Anyone who attends is asked to follow public health guidelines from the Centers for Disease Control and Prevention by wearing a mask and social distancing from other people. 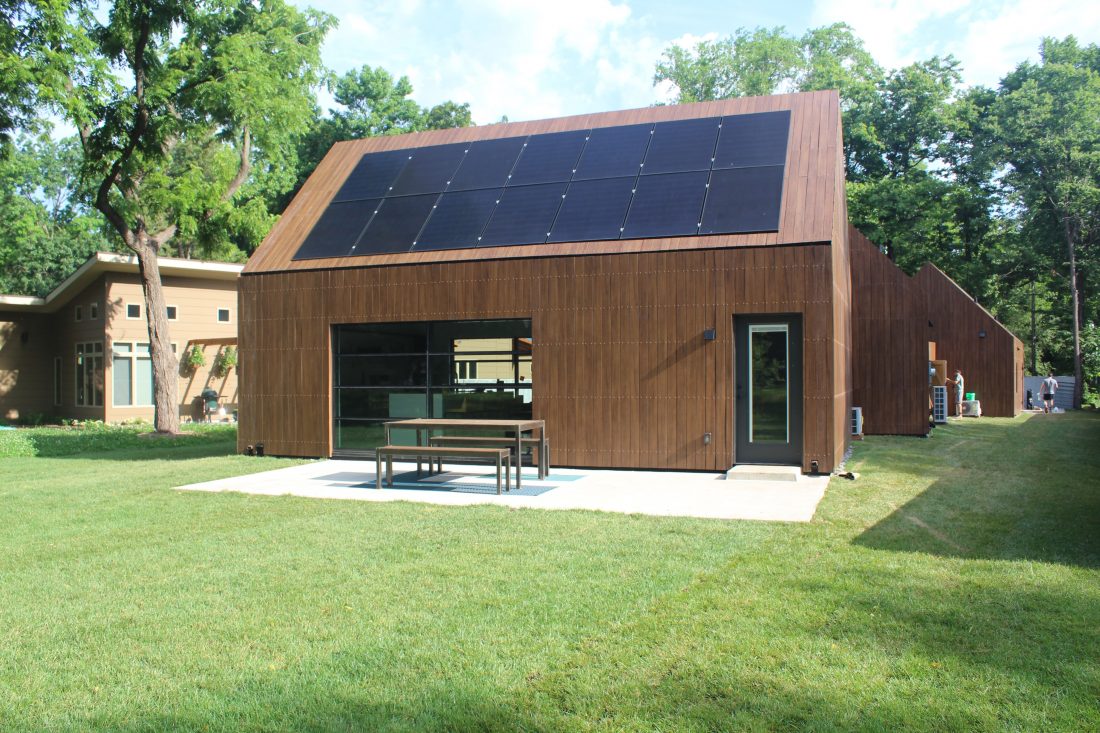 Solar panels are part of the new home designed by University of Kansas architecture students at 722 Ash Street. The panels are on the backside of the home, which faces toward the Kansas River levee trail. 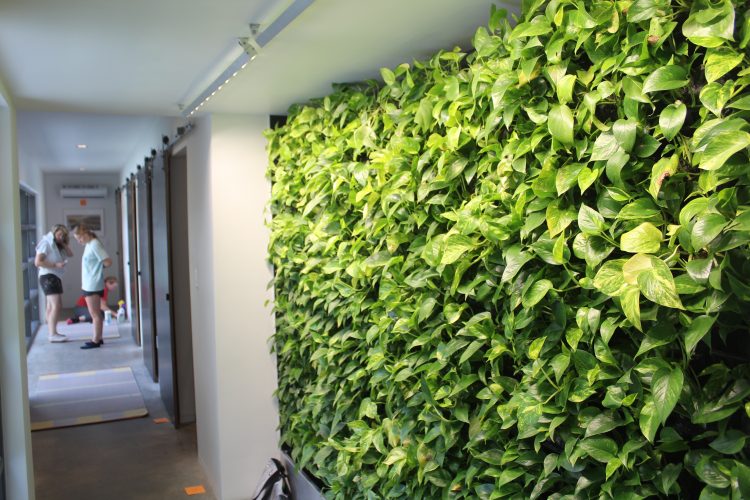 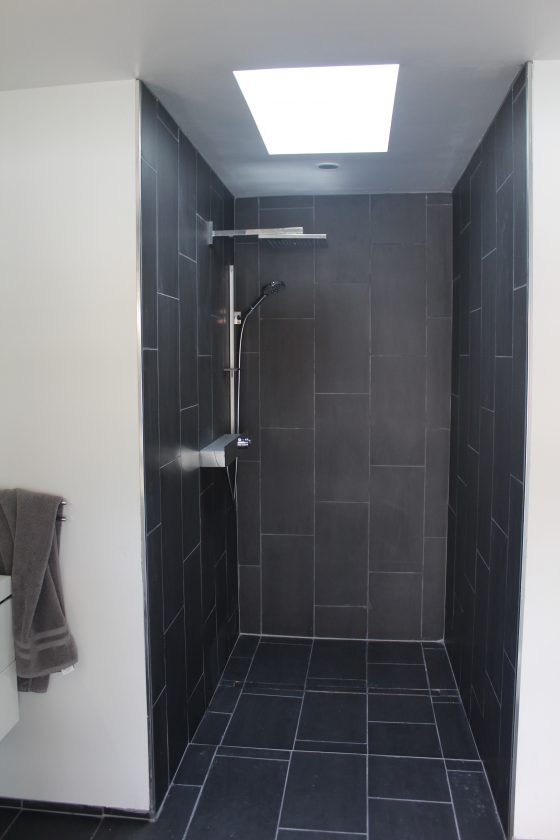 The home’s main bathroom features a large, tiled shower with a skylight. 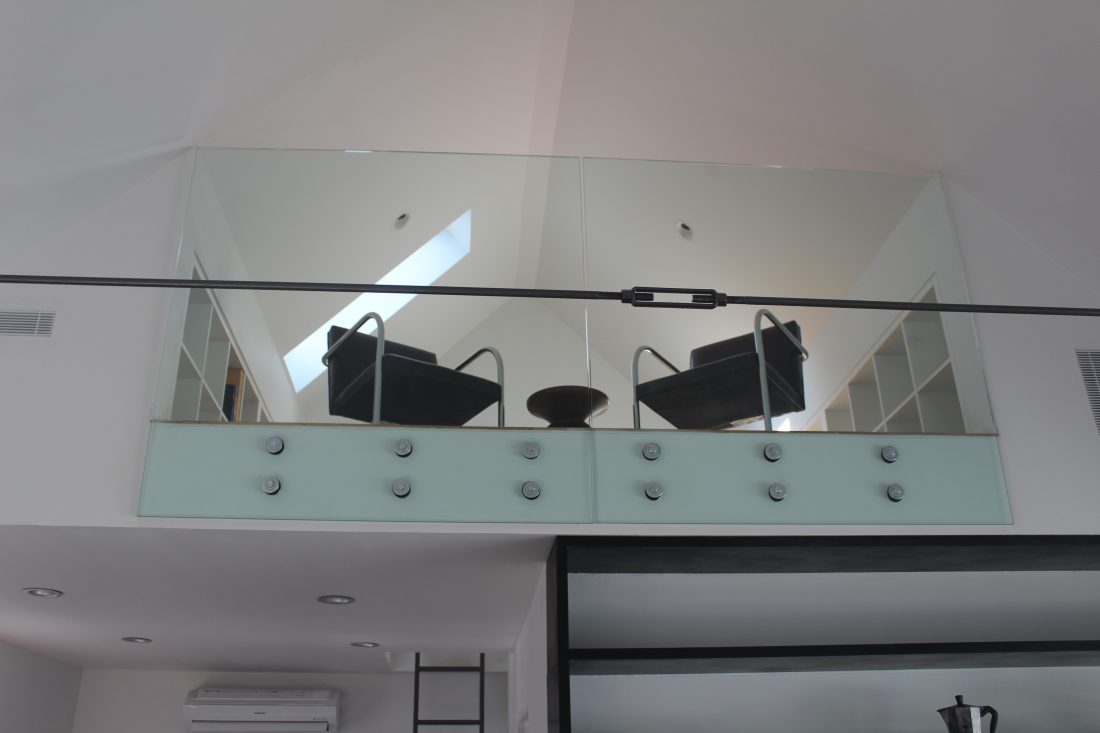 A loft space is included in a separate accessory dwelling space — sometimes called a mother-in-law suite — at the home at at 722 Ash Street. 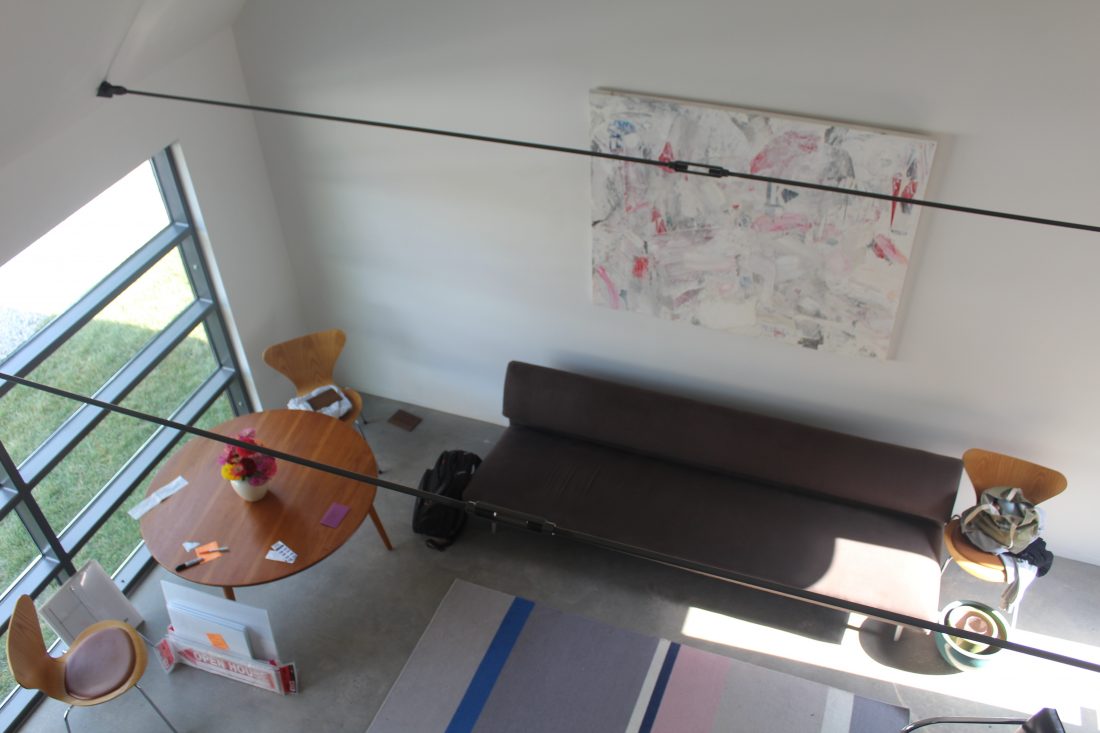 The loft space provides a view of the living space in the accessory dwelling unit. 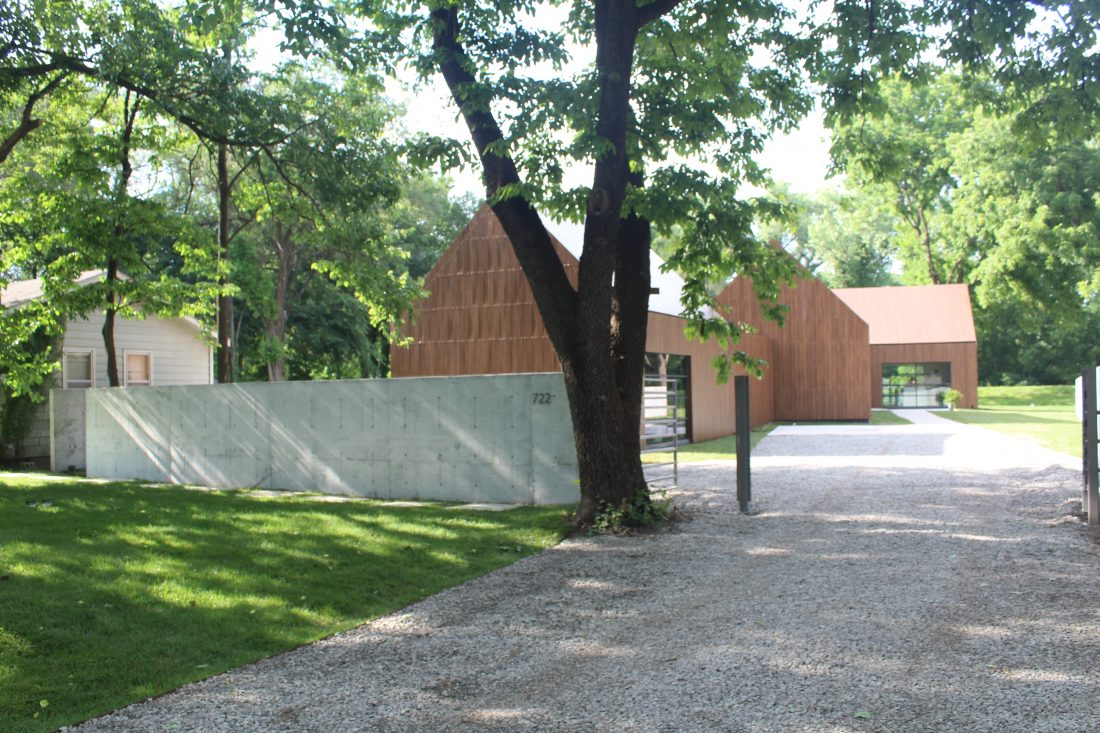 The home at 722 Ash Street is nestled in a tree filled neighborhood in North Lawrence near the Kansas River. The open house showcasing the work of the KU design team is set for 9 a.m. to 2 p.m., Saturday, June 27.