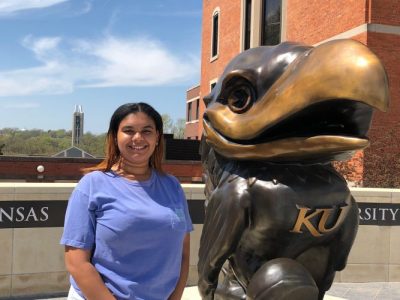 Tiara Floyd, the former KU student body president and first woman of color to hold the role, recently started a #BlackAtKU social media project for Black community members to share their experiences at the University of Kansas.

The first woman of color to serve as student body president at the University of Kansas launched a social media project at the beginning of June that she hopes will ultimately lead the school to overhaul its definitions of racial harassment.

Tiara Floyd graduated from KU in May, having just completed a yearlong stint in the presidency. As she left the university, she saw that further change was needed at KU to address racism and inequity for students and faculty of color at the predominantly white institution, she told the Journal-World.

A few weeks later, the May 25 death of George Floyd — a 46-year-old black man — at the hands of a Minneapolis police officer would become a lightning rod for global protests over racism and police brutality.

Tiara Floyd and a friend who attends Kansas State University decided to use the moment to shine a light on systemic problems at the two largest universities in Kansas — both with a predominantly white student population.

At the beginning of June, Floyd’s friend launched a #BlackAtKState hashtag on Twitter so black students, faculty and staff at the university could share in one place their experiences as members of an underrepresented population.

After seeing the impact of the project at K-State — it prompted hundreds of tweets and a response from K-State President Richard Myers — Floyd launched a #BlackAtKU hashtag a few days later.

“I figured KU could definitely use something like this,” she told the Journal-World. “I decided to go ahead and do it.”

One of the driving forces for Floyd in starting #BlackAtKU was that it would prompt an overhaul of KU’s conduct codes for students and faculty members — with the ultimate goal of creating a more just and inclusive institution.

Throughout the #BlackAtKU hashtag, and in Floyd’s own experiences as a student, she and other black students were often confronted with microaggressions from white students and faculty members, Floyd said.

A microaggression is a statement or behavior that, whether intentional or not, communicates a prejudice regarding a marginalized group — for example, saying a black person speaks eloquently.

Those types of hurtful comments aren’t addressed in KU’s policies, Floyd said, and would be an ideal starting point for creating a more inclusive university.

Indeed, KU’s policy on “racial and ethnic harassment”, provided to the Journal-World by KU spokeswoman Erinn Barcomb-Peterson, does not address seemingly innocuous comments that can in reality be detrimental to marginalized people. Per KU’s definition, racial harassment is defined as “outright criminal acts, to anonymous, malicious intimidation.”

That policy needs to change to include racist behavior that isn’t as overt, Floyd said.

“In my own experience, I learned that we’re not protected from microaggressions,” she said. “It’s a big university, so there are certain things like freedom of speech that have to be protected at a certain level, but there are definitely some things the university could do a lot better to help students and protect students beyond that.”

#BlackAtKu is being in a grad program that’s supposed to prepare me to be professional in higher ed and having your faculty in class say that “you are scary” and repeat multiple times how they are scared of you.

Floyd said she wasn’t necessarily disappointed that no one from KU’s administration had reached out to her or commented directly on the hashtag, and she acknowledged that there is a lot the school’s leaders are dealing with due to the COVID-19 pandemic.

That said, the #BlackAtKU hashtag continues to generate posts from members of the KU community sharing their experiences. Floyd said she would be disappointed if, several weeks down the line, university leaders still hadn’t acknowledged the hashtag.

Floyd said she considers herself to be an optimist, and she’s still confident that this moment in time will prompt real change at KU.

“These things are happening at KU, but I’m confident there’s going to be a change. Exactly what change, I don’t know, but I’m confident that there will be something,” she said. “I can only imagine that the university wants to do better by their students, especially those of marginalized identity.”

Multiple attempts by the Journal-World to reach Twitter users who shared an experience under the #BlackAtKU hashtag as well as multicultural organizations at KU went unanswered.

By KU Chancellor Douglas Girod’s own admission, the university did not get off to a strong start in addressing the pain the black community was facing in the days following George Floyd’s death and the protests that ensued.

Just before a May 31 protest was set to begin in Lawrence, Girod and Provost Barbara Bichelmeyer issued a one-sentence joint statement that said they knew a protest was happening, and they “respect and support your right to have your voices heard.”

The statement drew immediate condemnation from campus groups, and two days later on June 2, the leaders issued a lengthy and wide-ranging statement which acknowledged the “disappointment” caused by the abruptness of the first statement and detailed steps KU would take to address racism and inequality on its campuses.

Girod and Bichelmeyer addressed those steps again last week in the first installation of a weekly video series from Girod’s office. In the coming weeks, the series will be used to update the KU community on the COVID-19 pandemic, but the two leaders used the first message to address racial inequality at the university.

“I think people are tired of conversations and tired of us reaffirming our values,” Girod said. “They (want us) to move to the step of what actions we can take to start making some changes to address the racism and inequities in the system, which are only magnified through the course of this pandemic.”

Bichelmeyer agreed that it was “time for action” on KU’s campus, and took time to detail the university’s plans in the weeks and months to come.

KU will begin a partnership among its campus police department, the Lawrence Police Department and city officials to ensure that area police officers are comprehensively trained to avoid the kind of acts that led to George Floyd’s death.

The school will also create a university-level advisory council for equity and inclusion and Bichelmeyer and Girod committed to regular and continued outreach on the council’s progress.

“We’re here to try and be the change we wish to see in the world. Leadership starts with us, and we have to invite everybody else in,” Bichelmeyer said in the video message. “We know we have to show that we’re actually going to do something about it.”

“Equity and inclusion are everybody’s job,” she continued. “It’s all of our job from a perspective of what’s right, moral and socially just.”

Last Wednesday evening, KU held a virtual vigil to commemorate the life of Floyd and the countless other black lives lost to police violence. During the vigil, the school announced the creation of a George Floyd Memorial Scholarship, which will be offered through KU Endowment. 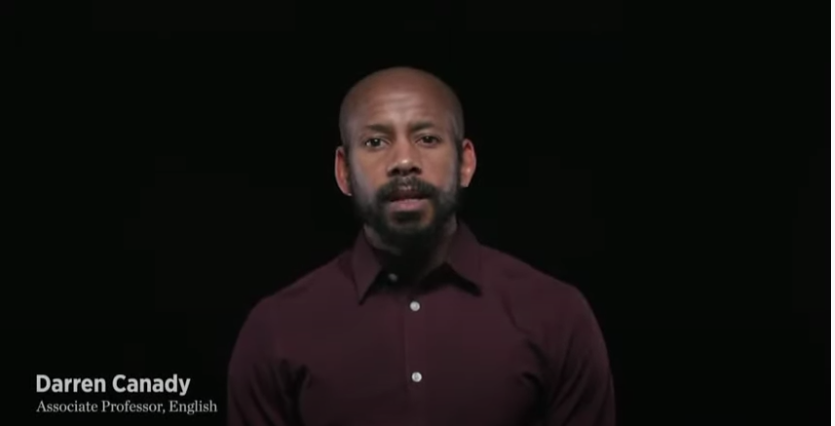 The #BlackAtKU project is the first large-scale movement aimed at shining a light on racism and inequity at KU since 2015. In that year, the Lawrence campus was dominated by protests and discussions of racial equity.

Then-Chancellor Bernadette Gray-Little, the only woman and only person of color to serve as KU’s top leader, hosted a series of town halls on race, respect and responsibility as protests unfolded at the University of Missouri and Yale University.

During those town halls, a group called Rock Chalk Invisible Hawk protested and presented Gray-Little with a list of 15 demands — most notably to create a separate student government for multicultural students.

A Multicultural Student Government was created at KU in March 2016 as part of a student fee package passed by the KU Student Senate. When approving the fee package, however, Gray-Little vetoed the funding for the MSG, saying KU code prohibited multiple independent student governing groups.

Ultimately, MSG was absorbed into an extension of Student Senate, and the group essentially served as a committee allocating a Multicultural Educational Fund until September 2019, when it was dissolved due to a lack of available leadership.

All told, Tiara Floyd said that recent history at KU — likely an allusion to the Rock Chalk Invisible Hawk protests — demonstrates that when students at the university protest and shed light on issues of inequality, eventually university leadership listens.

“As we can see in the past, the university might not listen entirely to demands, but I’m confident that students will push for demands and push for change, and then that change will be implemented,” she said.