Impromptu Cafe, on the third floor of the Kansas Memorial Union at the University of Kansas, is pictured Tuesday, Jan. 21, 2020.

The football stadium is not the only place on the University of Kansas campus where people can purchase alcohol. On Tuesday, Impromptu Cafe, a sit-down lunch restaurant in the Kansas Memorial Union, began selling beer and wine.

David Mucci, director of the Kansas Memorial Union, said introducing alcohol to the restaurant would be a good way to “test the waters” regarding future business enterprises on campus involving alcohol. 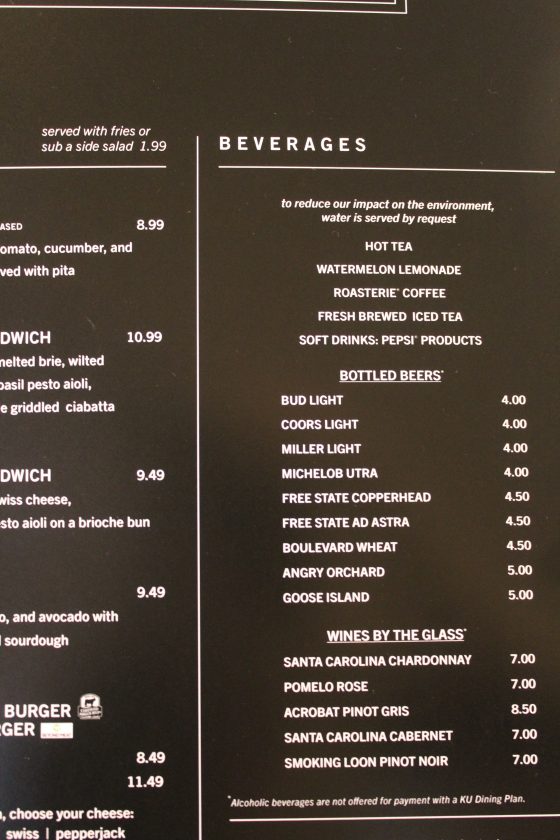 Impromptu Cafe, a lunch restaurant in the Kansas Memorial Union at the University of Kansas, has newly printed menus that now include alcoholic beverages for sale as of Tuesday, Jan. 21, 2020.

Mucci told the University Daily Kansan last spring that the union would open a bar in the fall of 2019. That did not come to fruition. But a bar is not out of the question in the future, Mucci noted.

“One of those steps toward that is just to try out the concept using our Impromptu restaurant,” he said.

Last week, the Board of Regents approved an amendment to state university policies on alcohol, clarifying that alcohol may be sold in nonclassroom areas designated by the university CEO.

Mucci said Impromptu Cafe is now the only place on campus where alcohol is sold in a retail setting, besides the David Booth Kansas Memorial Stadium on game days. Alcohol may also be provided on campus during certain catered events.

Dieumene Cloristin, a third-year undergraduate student, eats at the restaurant regularly because the staff helps accommodate her. Cloristin does not have arms.

She opted for a nonalcoholic beverage Tuesday at lunch and said she thought it was a bad idea that the restaurant was selling wine and beer, noting that students might be irresponsible. But Cloristin said it was uncommon to see other students at the restaurant; it’s normally faculty, staff or visitors who eat there. 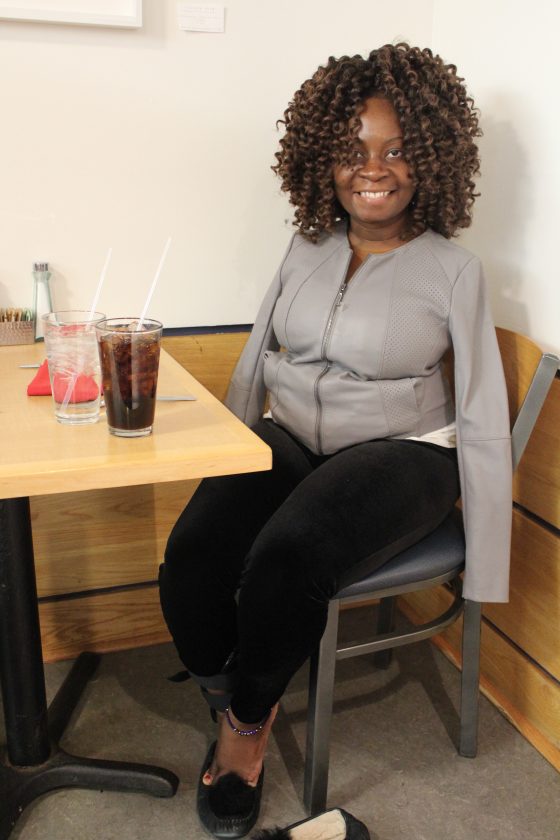 Dieumene Cloristin, a third-year undergraduate student at the University of Kansas who regularly eats at the Kansas Memorial Union’s Impromptu Cafe, says she thinks it is not a good idea for the restaurant to serve alcohol, as she fears students will be irresponsible.

Mucci wants to use the addition of alcohol sales in the union to promote safe drinking habits.

He hopes to host two events this semester related to healthy alcohol consumption and etiquette. One event, which Mucci calls “Mixology 101,” would teach of-age participants how to make exotic drinks, with a focus on reasonable and appropriate quantities of alcohol in mixed drinks. He also hopes to put together an etiquette reception to teach participants how to operate in community or business situations with alcohol.

Justin Lee, assistant director of retail dining for the union, said all of the restaurant’s staff members completed alcohol training over the winter break.

He also said the restaurant’s main goal was to serve responsibly.

“This is really exciting to do this out of here,” he said. “As the staff knows, whether we sell one beer today or we sell 20, the goal is that we do it safely.” 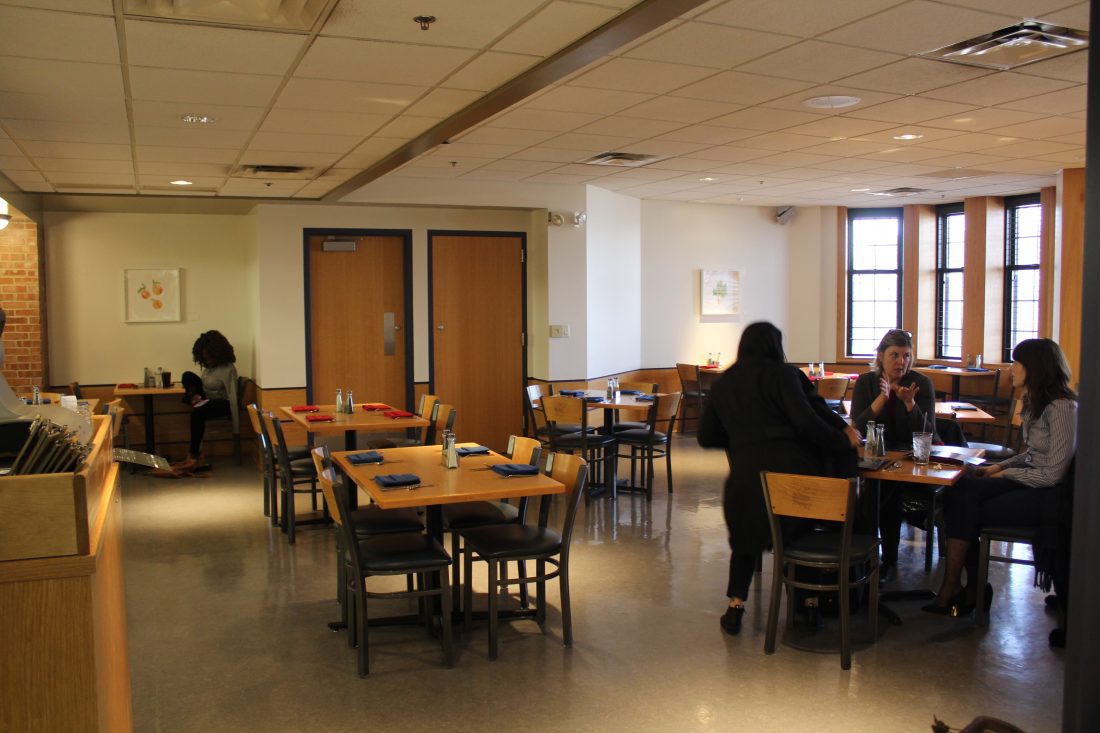 Impromptu Cafe, a lunch restaurant on the third floor of the Kansas Memorial Union on the University of Kansas campus, is now serving beer and wine as of Tuesday, Jan. 21, 2020.