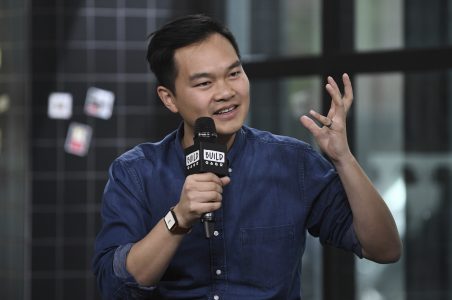 Author and illustrator Jonny Sun believes loneliness is a universal trait that, if discussed openly, can bring humanity closer together.

At 7 p.m. Wednesday, Sun will deliver the 2019 Kenneth A. Spencer Lecture at Liberty Hall. Following his speech, Sun will be joined onstage by University of Kansas associate professor of journalism Yvonnes Chen for an interview. The event will conclude with a book signing.

Chen has read Sun’s 2017 book, “everyone’s a aliebn when ur a aliebn too,” and has watched many of his interviews online. She’s excited to interview Sun and to explore his numerous talents with the audience, she said.

Sun has degrees in architecture and engineering. He’s also a playwright, illustrator, author and popular online figure. TIME Magazine named him one of the “25 Most Influential People on the Internet of 2017.”

On Wednesday, Chen will approach Sun’s work from a “regular Joe’s” perspective. She hopes that what she guesses will be a diverse crowd in age and stages of life will universally be able to connect with some of Sun’s central topics: loneliness and existentialism.

“I’m looking forward to seeing what kind of sparks we may be able to generate on stage,” she said. “The more you study a potential interviewee the more you are intrigued.”

Chen hopes to ask about Sun’s creative process and what he thinks it means to be human.

The lecture is free but ticketed. Tickets are available online. 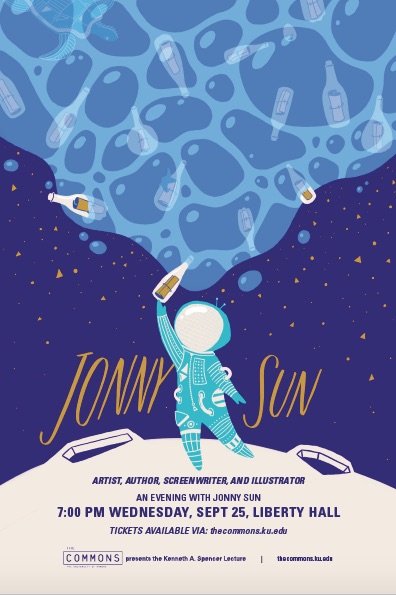 photo by: Contributed by Emily Ryan, director of The Commons