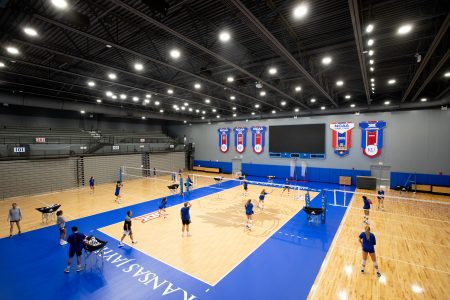 The University of Kansas volleyball team will host its home opener on Thursday in a new arena with 2,265 seats, 965 more than its previous facility.

On Tuesday, the team and the athletic department unveiled the new Horejsi Family Volleyball Arena with a ribbon-cutting ceremony for donors, staff and other attendees. The new arena is located at the same site where the team’s old facility stood before it was demolished in December 2018.

The old 1,300-seat facility routinely sold out due to the Jayhawks’ steady success from 2012 through 2017, when they won 85 percent of their home matches and made it to the NCAA tournament six years in a row. Athletic department officials hope the new arena will be able to meet that demand better, and they said the new arena has plenty of features that will appeal to players and fans alike.

“It was really exciting to see the look on people’s faces as they walked into this beautiful new arena,” said head coach Ray Bechard. “Many people had wide-eyed looks and big smiles.” 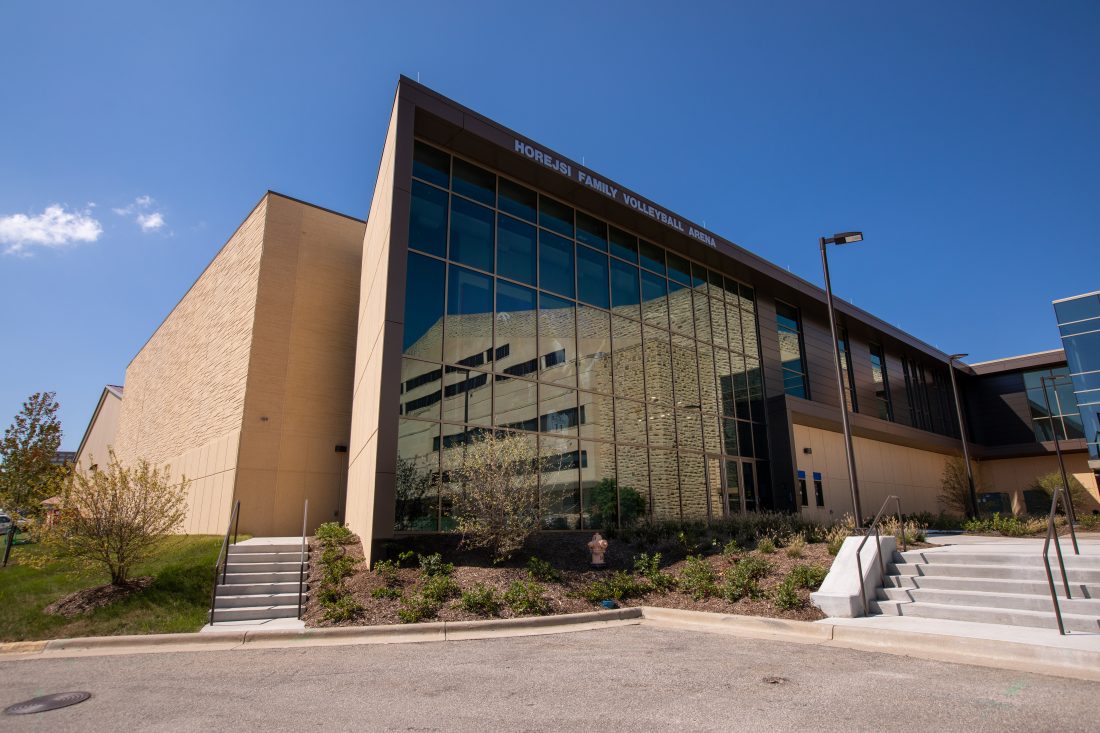 The new Horejsi Family Volleyball Arena is pictured Wednesday, Sept. 11, 2019, on the University of Kansas campus.

The old facility, which hosted KU volleyball for 20 years, had cost $3.8 million to build. It was funded by Stewart Horejsi, a 1962 graduate of KU. The new arena, also funded by Horejsi, cost close to $11 million.

For players, one of the most exciting changes is the court, which is cushioned with a material called Taraflex. The material lies on top of the wood floor, helping with shock absorption and making it easier for players to slide without getting floor burns. Previously, the team played directly on a wood floor.

Mallory Gilliland, director of facilities, events and capital projects, said that in the volleyball world, “everyone’s in a rat race” to get the Taraflex floors.

At the center of the court, a light brown Jayhawk fills the majority of the space.

“We wanted it to look etched in the court,” Gilliland said.

Fans might appreciate the new 324-square-foot video board, where replays will be shown, or the LED lights, which can turn off or on in an instant and create more dramatic lighting for special events. The old lights took about 20 minutes to fully turn on, Gilliland said.

Like the previous facility, there are three courts. But during a match, bleachers can be pulled out from the walls, covering the majority of the side courts. Premium seats are also available — unlike the bleacher seating, they’re backed and cushioned with faux leather.

In the new mezzanine area, visitors can get beer or wine from the bar and then sit or stand at high-top tables. The end lines from the old arena floor have been repurposed as decorations, lining the lower walls and the side of the bar. 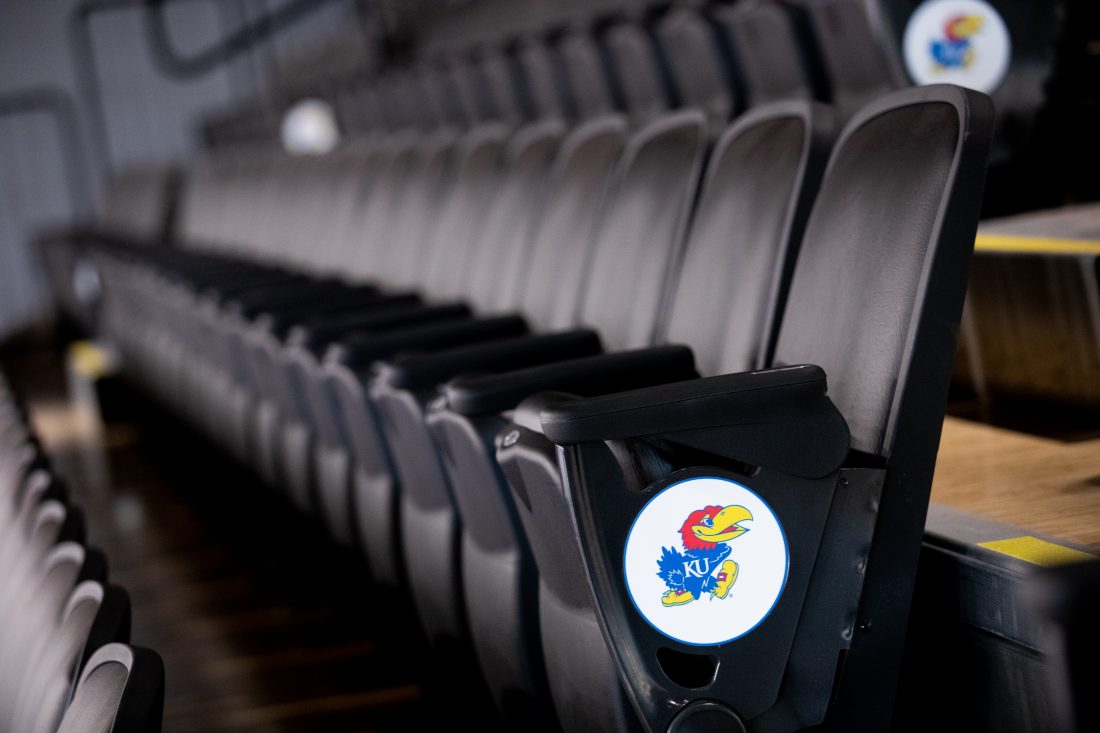 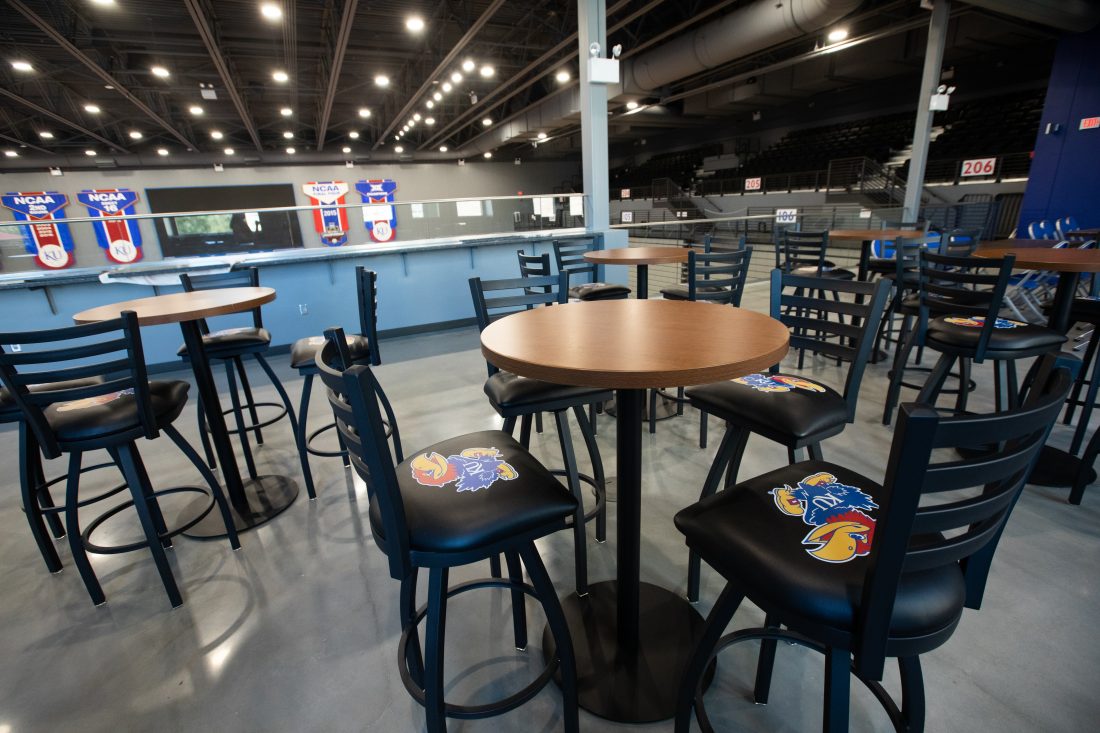 A new feature for fans at the new Horejsi Family Volleyball Arena is a lounge and an east side mezzanine. 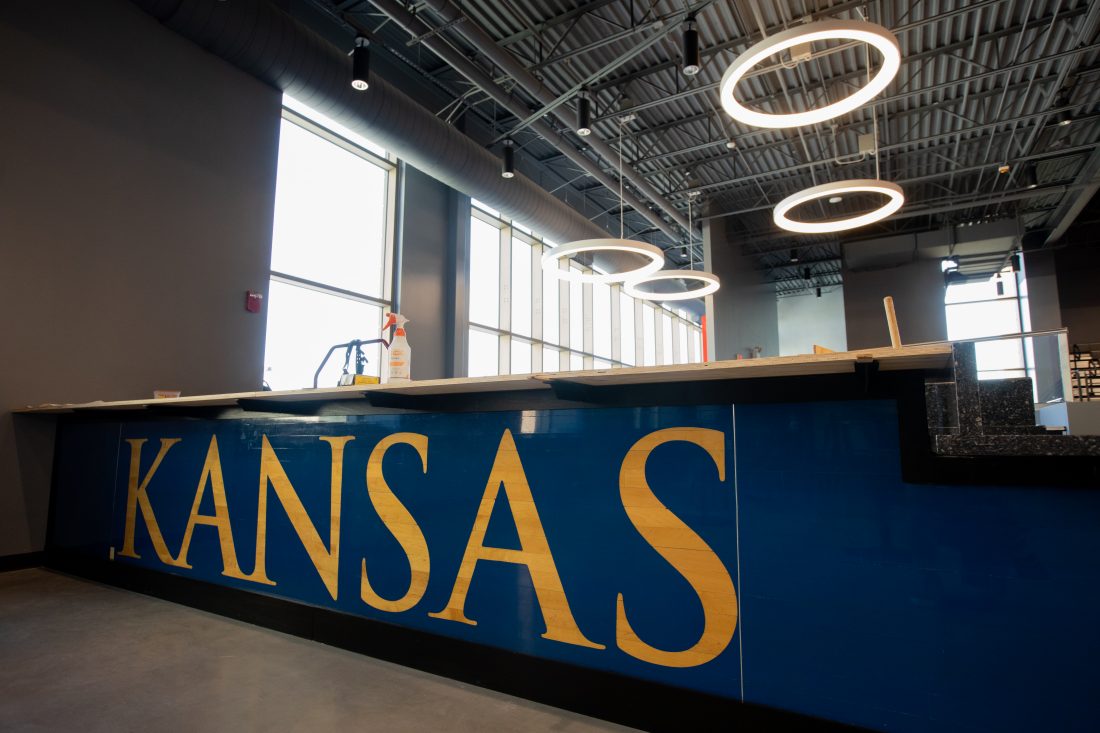 The border of a bar at the new Horejsi Family Volleyball Arena features sections of the old volleyball facility’s court.

In the lobby, spectators are greeted by new graphics on the wall of players mid-serve or yelling in celebration. Also, there’s now a trophy case, something Bechard requested specifically.

The team’s lounge area has real leather couches (“Yeah, we gave them the good stuff,” Gilliland said) and a film-viewing area with tiered seating. The team’s motto, “Grit and Grace,” can be seen in numerous places throughout the new facility.

Gilliland said she was proud of the new arena. It was her first capital project, and having Bechard and others thank her for her work Tuesday felt “kind of surreal,” she said. The project was completed in eight months.

Regarding Thursday’s game, Bechard said the team “will be excited but need to treat it as what it is and take care of the little things.

“There will be a lot of sensory overload with the video board, additional fans and other distractions that come from a new arena,” he added. “I think our team will settle in and enjoy the experience of making this place feel like home.”

The Jayhawks will face the Morehead State Eagles Thursday at 7 p.m. They are hosting the Kansas Invitational from Thursday through Sunday. 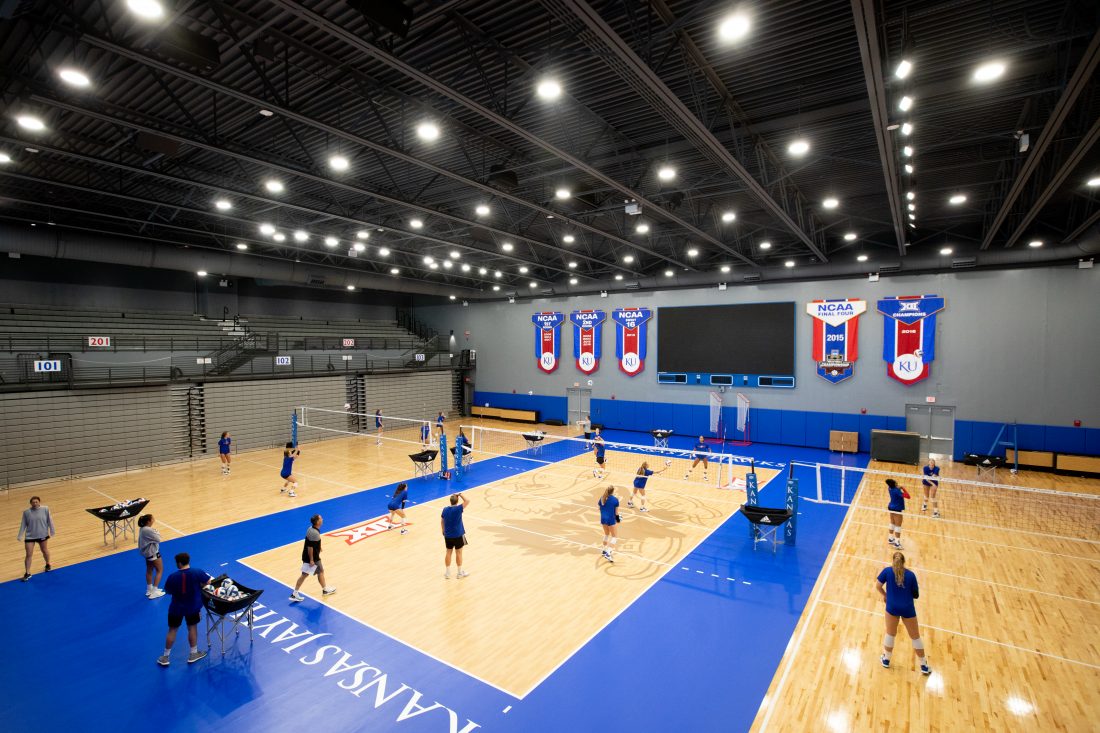 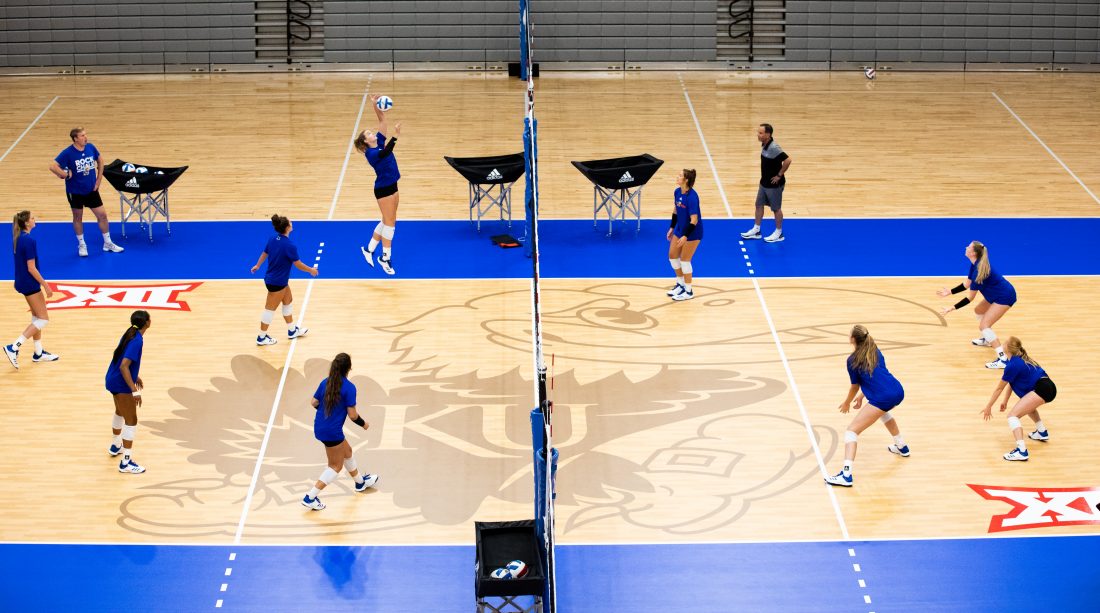